A hydrogen battery could power your iPhone for a week 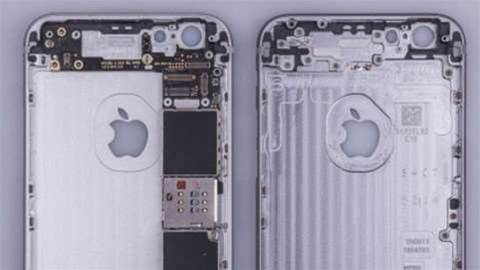 Rumours suggest Apple is already working with the company responsible

A British company has produced a hydrogen-powered battery that could keep your iPhone charged for over a week.

The company, called Intelligent Energy, has already made a prototype using an iPhone 6, and it looks almost identical to the original handset. The only difference is the addition of extra vents at its rear, which are designed to allow water vapour to escape – a by-product of hydrogen fuel cell technology.

Like most hydrogen fuel cell batteries, including one recently developed by BMW, Intelligent Energy's power unit combines hydrogen and oxygen molecules to produce electricity. Hydrogen fuel cells are seen as one of the most environmentally friendly forms of power, as their only by-products are a small amount of heat and water vapour.

“To our knowledge, this has never been done before,” Henri Winand, the chief executive of the company, told the Telegraph. “We have now managed to make a fuel cell so thin we can fit it to the existing chassis without alterations and retaining the rechargeable battery. This is a major step because, if you are moving to a new technology, you have to give people a path they are comfortable with.”

When the battery does finally give up, Intelligent Energy says the prototype hydrogen cell could be charged using an adapted headphone socket.

However, the company envisages a disposable cartridge based system for wider, commercial use. That means users will be able buy inexpensive cartridges, and then simply replace them every week.

When will it be available?

The company has already made a working proof of concept, and several rumours already suggest it's working closely with Apple. However, it's unlikely that your next iPhone or smartphone will be powered by hydrogen.

Mark Lawson-Statham, the company's corporate finance chief told the Telegraph: “Our view is that this is a couple of years out, but really it's about how quickly does our partner want to press the button and get on with it?”

I have read and accept the privacy policy and terms and conditions and by submitting my email address I agree to receive the Business IT newsletter and receive special offers on behalf of Business IT, nextmedia and its valued partners. We will not share your details with third parties.
Copyright © Alphr, Dennis Publishing
Tags:
apple british company hardware hydrogen fuel cell intelligent energy iphone rechargeable battery
By a Staff Writer
Aug 26 2015
10:31AM