A clever trick for sharing documents with work colleagues 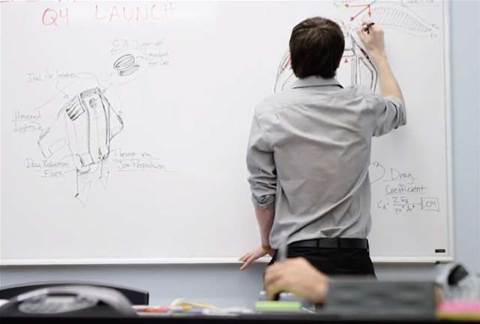 The new Box Notes editor lets groups of people work on the same document together, at the same time.

What do you do if you need to work together on a document with one of more colleagues in different places - brainstorming a new project, or settling the exact form of words needed in an important document?
Google Drive already offers this ability, but Box thinks it has come up with something better.
Newsletter Signup

I have read and accept the privacy policy and terms and conditions and by submitting my email address I agree to receive the Business IT newsletter and receive special offers on behalf of Business IT, nextmedia and its valued partners. We will not share your details with third parties.
Box started out as a cloud storage/syncing service. It allows users to share documents and sync any changes made to them, but that's not the same as simultaneously working on the same document with someone else.
The latest development is Box Notes, a collaborative text editor that lets groups of people work on the same document together.
Box Notes has two distinctive features.
Sharing the documents is relatively straightforward - when you create a new note in a particular folder, anyone you are sharing the folder with can automatically share the note.
Box Notes is in private beta, and you can request an invitation here.
But what if you want to collaborate at a distance using handwriting and sketches rather than text? Citrix last week released Talkboard http://talkboardapp.com/ , a free iPad that lets you do just that.
Copyright © BIT (Business IT). All rights reserved.
Tags:
box box notes google drive software talkboard
By Daniel James
Sep 20 2013
9:48AM