A 3D printer made this vest 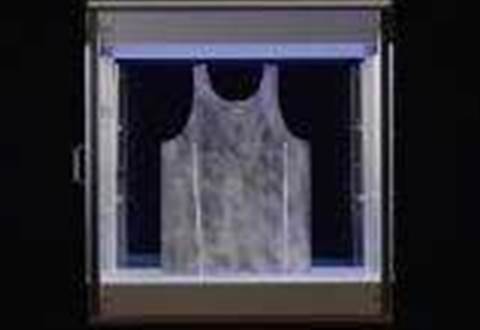 New 3D printing technology is being used to make clothes, which could be big news for anyone who is into small-scale manufacturing.

3D printers are taking over. Already used in motorsport, medicine and aviation, they could soon be responsible for making the clothes in our wardrobes. Founded by a team of biomedical engineers, the Electroloom project could even solve the moral problems of traditional clothes manufacturing.

Unlike “traditional” 3D printing, the Electroloom doesn't construct clothes from the ground up.

After placing a CAD-designed mould in the Electroloom system, the 3D printer will create your new outfit using Field Guided Fabrication, or FGF. A fancy name for spraying spirals of liquid, the method guides the cotton, solvent and polymer mixtures used by the Electroloom with an electric field, converting the liquids into solid threads.

These nano threads then coat the mould, creating a mesh of randomly interconnecting threads that build up to create the clothes over time. The result? A new piece of clothing without a sewing machine in sight.

Listed on Kickstarter, the San Francisco-based Electroloom has already raised more than half of its $50,0000 goal with four weeks to go. To backers of $4,500 or more, the team will even throw in a 3D-printed skirt, tank top or beanie.

Although it's currently only capable of making clothes you wouldn't want to be seen in, the Electroloom is another sign that 3D printing will be the manufacturing method of the future. No longer a niche technology, industries are starting to take note of the true potential of 3D printing in the real world.

The Electroloom makes clothes that are thin and lightweight, and thanks to their unique construction, they actually come with added benefits over items made using existing methods.

Thicker threads have pores that could be used to wick away sweat, while the fabric's porous microstructure makes it much harder to snag. What's more, the resulting garments are made as a single piece, without the need for seams or stitching, saving both time and the amount of material required. 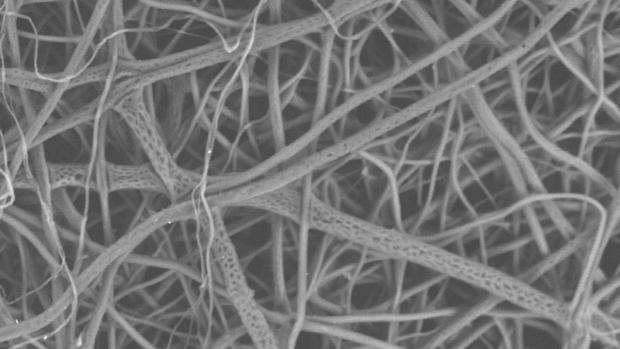 The Electroloom also has implications for the ethical issues surrounding the production of clothes. In their quest to produce cheaper clothes and extend profit margins, many online and high-street chains have come under fire for the poor pay and working conditions of labour. Using 3D printers could lead to the the eventual disappearance of sweatshops altogether.

It's likely that with clothing produced so cheaply, human labour would instead be deployed to manufacture more expensive, premium products as a way of emphasising quality, which could actually drive up worker wages as customers choose to pay more for handmade clothing.

The rise of 3D-printed clothing could also lead to the creation of new jobs, to address the maintenance needs of a robotic workforce.