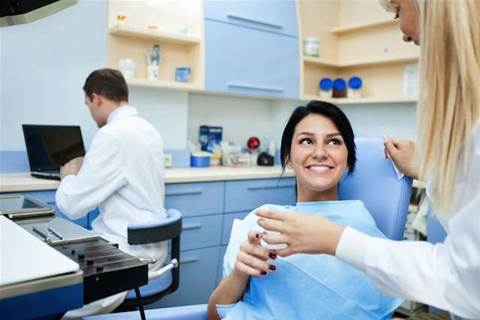 Patients can attend any one of HCF's 94 dental centres where there is an appointment available and have their patient records available.

Health fund HCF has rolled out an integrated, networked electronic patient record for clients across its 94 dental centres across Australia.

“A lot of practices have an electronic medical record,” he said. “The difference with ours is it can follow the patient between our various surgeries because the system is connected at the back end.”

The practical implication is that patients can attend any one of HCF's 94 dental centres and have their patient records available. “If they ring our call centre, and an appointment is available at another centre to where they would usually attend, their records follow them," he said.

“This is the largest implementation of a record of its kind in Australia,” he said.

Anywhere between 85 and 100 staff will use the record system at the same time, he said.

The key difference dental staff had to get used to, he added, was the shift from paper records to digital. Adjacent to each dentist chair is a thin client PC running Citrix, from where the dentist enters patient notes and calls up images.

“The dentist can show the patient the procedure they’re about to undergo, as well as show them their digital imagery, plus before and after pictures,” he said.

Shearman said the company has the system running on an iPad, a popular device in the medical profession, but noted that not all dentists have tablets. There are some hygiene and usability issues associated with operating portable electronic devices within the surgery.

The CIO also said there is scope for the record’s integration with the Australian Government’s Personally Controlled Electronic Healthcare Record (PCEHR), which was launched in July 2012.

“But as we know,” observed Shearman, “there is no dental aspect to that record yet.”

HCF has around 1.5 million members across Australia. Approximately thirty percent of the Sydney-based members make use of the company’s dental centres.