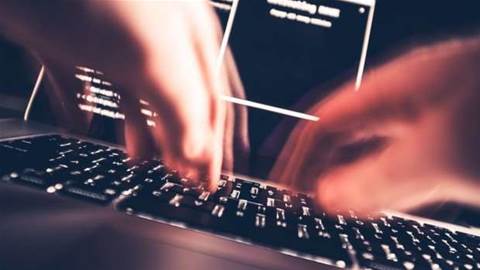 More than 68 million Dropbox customers' usernames and passwords have been leaked after a four-year-old hack, it has emerged.

The stolen credentials date back to mid-2012, and Dropbox acknowledged last week that it was forcing some customers to reset their passwords if they have not changed it since that period.

Dropbox confirmed to IT Pro that more than 60 million accounts have been affected - around two-thirds of the company's userbase back in 2012.

"We can confirm that the scope of the password reset we completed last week did protect all impacted users," said Dropbox's head of trust and security Patrick Heim in a statement.

"Our analysis confirms that the credentials are user email addresses with hashed and salted passwords that were obtained prior to mid-2012."

That was a bumper year for hacks - the login information of 117 million users was stolen from LinkedIn, and Tumblr and MySpace also suffered major breaches in a similar period. Many cybercriminals attempted to use password data from these breaches to break into other sites, where users may have recycled their passwords.

At the time, Dropbox said affected accounts were compromised through password reuse, blaming the incident on hacks of other sites that gave hackers credentials they could then try out on victims' Dropbox accounts.

But it also disclosed that the hackers stole a Dropbox employee's credentials, and used them to access "a project document with user email addresses".

Dropbox today maintained that the 68 million leaked credentials that surfaced today from that old incident were obtained through password reuse, rather than through a breach of its network.

However, security expert Troy Hunt, who specialises in tracking data breaches such as this, said that "without a shadow of a doubt, the data was taken from Dropbox's system". He claimed that the leaked database could not have been the result of credential reuse, saying "there's no way this was cobbled together from other sources".

Hunt tested the leaked bcrypt hashes against his wife's unique password that he claims was only stored in a password manager and on Dropbox's servers, saying "you simply can't fabricate this sort of thing". Instead, he said that the data could have been obtained from a backup or a poorly-stored log on Dropbox's own systems.

Dropbox did not further clarify the matter, calling it an ongoing security investigation. Hunt was also quick to note that Dropbox customers were not in any immediate danger because of the resiliency of Dropbox's bcrypt hashing algorithm, and praised the way the company dealt with the situation.

Still, this incident is good example of why it's always a good policy to change your passwords on regular basis, and anyone with an old Dropbox password should change it immediately.