5 reasons to consider a Windows Phone 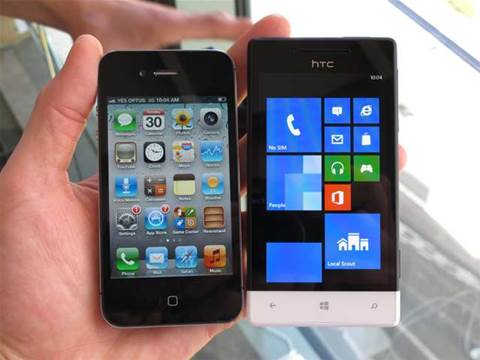 Why would anyone not stick with the iPhone, but consider a Windows Phone instead? Click to see why.

Why would anyone not stick with the iPhone, but consider a Windows Phone instead?

We've listed various pros about Windows phone here, including LTE/4G for faster data on some Windows Phones (though that's not a Windows thing, it's just that several key Windows Phones have that capability. You'll find it in the iPhone 5 and other brands of phones as well), as well as the ability to have Microsoft Office on your phone.

Microsoft has published its own reasons for choosing a Windows Phone. But, frankly, the reasons they give are all about features they want to push.

Here's why we think Windows Phone should be on your radar.

1. Your information is easily accessed

The great thing about the tile-based interface is that you can put information about your contacts, diary, missed calls and other important information on a screen you can easily see.

Although Apple is rightly praised for making smartphones easy to use, Windows Phone is easier in this writer's view. Those large tiles that can represent either an application or a collection of information are quite large and easy to tap. If you find that tapping small icons is tricky, the large tiles are far more finger friendly.

Being able to open and edit Microsoft Office documents on your phone can be incredibly useful. With iOS and Android, you need a third party application to do this and in many cases document formatting can get messed up. On Windows Phone, this isn’t the case as it has a mobile version of Microsoft Office.

OK, it's fair to say that Microsoft's MarketPlace doesn’t have the number of apps that Apple and Google boast in their App Store and Play Store respectively. But there are plenty of apps there that cover all sorts of business and pleasure. Rumours of poor app support for Windows Phone are greatly exaggerated.

Windows Phone is tightly integrated into SkyDrive so you can easily access your documents wherever you are. This works well with the Office mobile apps. Unlike Apple's iCloud, you can save files from any program into SkyDrive rather than just the ones Apple sells or that have been specifically designed for iCloud. With SkyDrive, you can add any file.