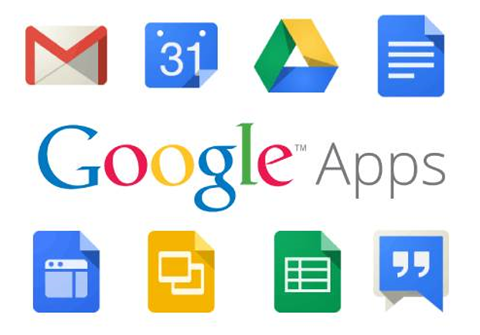 What's new in Google Apps in 2016? There have been several interesting changes to Google Apps already this year. Here's a selection that caught our eye.

The 'new look' Google Forms launched last September is now the default, and it supports add-ons, email notifications whenever someone responds, and a report showing who has or has not responded to a form. A reminder function is on its way.

In Google Drive, a new 'Move to' button makes it easier to move items to a new or different folder.

And a new version of the Google Drive app for iOS supports 'peek and pop' on the iPhone 6s and 6s Plus to provide a quick preview of a file or folder, along with access to a handful of common actions (Get link, Move, Available offline, Star, and Remove).

Google Apps administrators have been given more finely-grained control over Google Drive file sharing. For example, if someone attaches a document to a calendar invitation, this setting can allow access only by those invited to the event.

The official Google Apps Updates blog will help you stay up to date with changes, but if that's too noisy for your liking, there's also a newsletter that provides a monthly summary.

There are several ways in which cloud software differs from desktop software, but one of the more interesting is the the 'continuous improvement' model - instead of holding new features back until the next major release, they are drip-fed to users. When a feature is ready for release, it is just released, and users can start taking advantage of it.

With the traditional release cycle it's more obvious that things have changed, and it's usual to provide a list of new features to draw users' attention to those capabilities. With cloud software, it isn't always obvious that something's changed, and users may remain oblivious to new features or refinements that could make a significant difference to the way they work.

Larger organisations' IT staff may take on responsibility for communicating such changes in officially-sanctioned software, but in small businesses - especially microbusinesses -  the onus is on users to keep themselves informed.