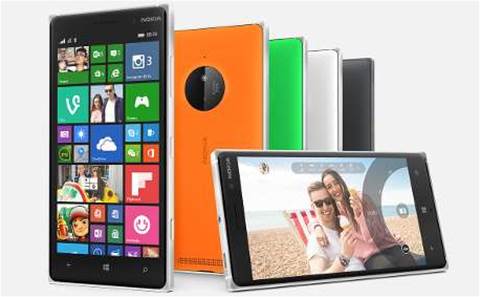 Microsoft has announced its flagship Windows Phone, the Nokia Lumia 830 4G, will be available in Australia this month.

The Lumia 830 is the first Windows phone to work with the 700MHz spectrum, which Microsoft boasts has the "fastest 4G speeds in Australia offering better coverage in buildings and in regional areas".

Among the Lumia 830's other features is wireless charging through a Nokia Wireless Charging Plate sold separately.

The phone also has a 5-inch screen with a resolution of 1280 x 720 pixels and is powered by a Snapdragon 400 quad-core processor. Microsoft are also offering 15GB of OneDrive cloud storage in addition to the 16GB of onboard storage.

I have read and accept the privacy policy and terms and conditions and by submitting my email address I agree to receive the Business IT newsletter and receive special offers on behalf of Business IT, nextmedia and its valued partners. We will not share your details with third parties.
Copyright © CRN Australia. All rights reserved.
Tags:
4g 700mhz 830 hardware lumia
By Brendon Foye
Nov 7 2014
5:06PM