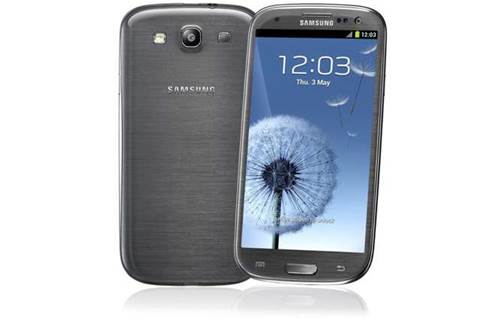 Regarded as one of the hottest phones on the market, the Samsung Galaxy S III has been given a big speed upgrade with the 4G version coming to Telstra and Optus.

While the Samsung Galaxy S III is a highly regarded smartphone, one thing it hasn't offered up till now is 4G Internet speeds.

That's changed today with the announcement of the Samsung Galaxy S III 4G from Telstra and Optus. The big difference is that 4G has the capacity to double download speeds, with 2 to 40Mbps being described as "typical" by Telstra. That's in theory though - 4G speeds are much less consistent than fixed line broadband.
Telstra is plugging the fact that it has "Australia's only national 4G service", but that actually means more than 100 areas around the country including the CBDs of all capital cities. By this time in 2013, Telstra says its 4G service will reach around two-thirds of the population.
The company also claims it provides the fastest 3G speeds: typically 1.1 to 20Mbps (again, these are maximum "typical" speeds), but it has yet to announce pricing for Galaxy S III 4G.
Meanwhile, Optus is using the opportunity to announce the launch its 4G network. Initial coverage is in Sydney, Perth and Newcastle, with coverage in Melbourne coming in a couple of weeks. The Galaxy S III 4G is available for $7 per month on Optus $60 plans, or for $0 upfront on $80 plans.
Vodafone has announced it will start its 4G rollout in 2013.
Newsletter Signup

I have read and accept the privacy policy and terms and conditions and by submitting my email address I agree to receive the Business IT newsletter and receive special offers on behalf of Business IT, nextmedia and its valued partners. We will not share your details with third parties.
Samsung Galaxy S III 4G vs 3G
Apart from the colour changes and 4G support, the specifications are similar to the 3G version. That includes the 2100mAh battery, which is an interesting choice given concerns about the tendency for some 4G phones to be more power hungry. We'll wait and see how things pan out when we get hold of one to test.
Another benefit of the Galaxy S III is it runs Android 4.1 - "the fastest and smoothest version of Android yet". By contrast, the 3G Galaxy S III runs 4.0.x.
And yes, your friends and colleagues will know you've got the 4G model because it comes in black or grey as opposed to the blue or white of the original 3G version.
Keep in mind ony the grey version is available from Optus, whereas Telstra will be selling grey and black handsets.
Do you need 4G? 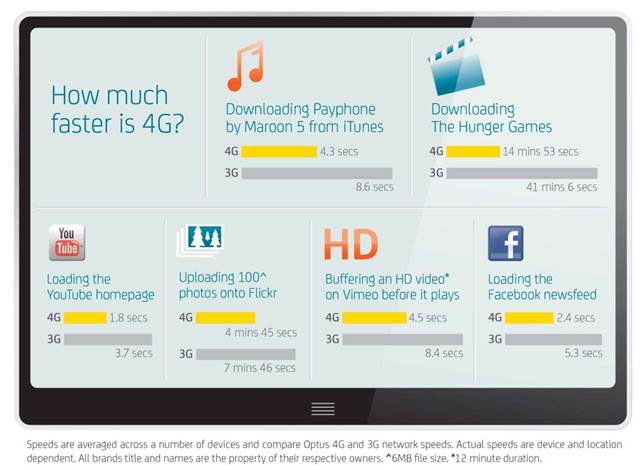 Graphic supplied by Optus
As we've explained previously, 4G isn't a must-have unless you think you can make use of the speed. Examples Telstra have given in the past are sending large email attachments, uploading photos or high resolution video to you business web site. Using apps that require a lot of data should in theory be faster too.
We say in theory, because there's always the element of unpredictability with wireless broadband.
Other 4G phones on the market include:
Copyright © BIT (Business IT). All rights reserved.
Tags:
4g galaxy hardware iii optus s samsung services telstra
By Daniel James
William Maher
Sep 4 2012
3:08PM