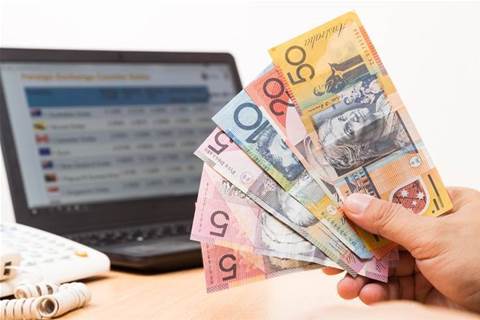 Thinking of making a major IT investment? It may pay to get it done before 30 June 2017.

UPDATE: Good news from the Federal Budget: the $20,000 immediate write-off has been extended into the 2017-18 financial year. Of course, that doesn't mean the 30 June deadline has changed if you want to take advantage of the write-off for this financial year.

It's May already, so the annual flood of EOFY (end of financial year) reminders and suggestions will soon start. We thought we'd get in early with a reminder that the $20,000 instant write-off threshold for small businesses ends on 30 June 2017 – unless it is extended in the forthcoming Federal Budget.

Our understanding is that the limit will return to $1000 on 1 July 2017, unless that is changed in the budget.

Many tech items cost less than a grand, but exceptions include many flagship smartphones (such as the Samsung Galaxy S8), high-end tablets (like the 12.9in iPad Pro), and high-end laptops (such as the Dell Precision 5520). And it's easy to spend more than $1000 on a server.

Also remember that the limit applies to individual items, so if you need two $1,200 phones, you can currently deduct the full cost of both.

So, if you're thinking about buying deductible items with four- or low five-figure prices in the next few months, it probably makes sense to make sure they are installed and ready for use by the end of June, otherwise you may be looking at writing off their cost over a number of years instead of deducting it from your business's 2016-17 income.

The sooner you start thinking about what you need and what you can afford, the less risk there is of making a poor decision in haste.

As always, seek professional advice about taxation issues – this article is just a reminder that we're approaching the scheduled end of the $20,000 instant write-off.

Copyright © BIT (Business IT). All rights reserved.
Tags:
end of financial year hardware tax
By Stephen Withers
May 10 2017
6:00AM