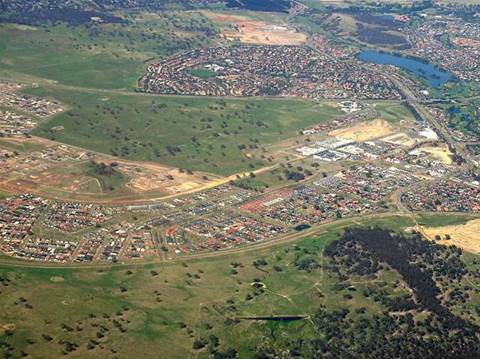 Gungahlin has one of the fastest NBN uptakes in Australia, with more than half of population already signed up.

The latest location to be connected to the NBN is the ACT district of Gungahlin, with NBN fibre cable rolled out to 10,700 premises.
The Government says that Gungahlin has received one of the fastest take-up rates in Australia with over 50 per cent of residents and businesses having already signed up for an NBN service in the area.
Newsletter Signup

I have read and accept the privacy policy and terms and conditions and by submitting my email address I agree to receive the Business IT newsletter and receive special offers on behalf of Business IT, nextmedia and its valued partners. We will not share your details with third parties.
NBN Co also announced that there are now around 14,700 homes and businesses in the ACT suburbs of Amaroo, Franklin, Harrison, Mitchell, Ngunnawal, Palmerston and Watson that are able to connect to the NBN.
[Main article image: By Graeme Bartlett (Own work) [CC-BY-SA-3.0 (http://creativecommons.org/licenses/by-sa/3.0)], via Wikimedia Commons]
Copyright © BIT (Business IT). All rights reserved.
Tags:
act nbn services
By Krishan Sharma
Jun 24 2013
10:54AM