Your guide to AR, a new ‘reality’ for home and business 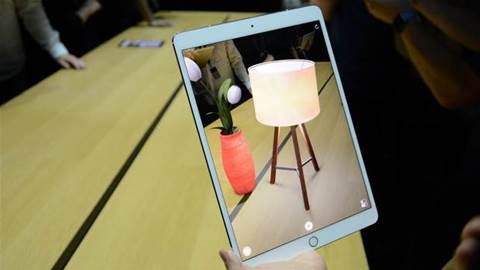 We reveal the best AR apps for iOS 11, what Google is doing in AR, and how augmented reality differs from virtual reality.

Virtual reality (VR) has been around for a while and now, with the release of Apple’s latest iPhones, you may be hearing a fair bit about augmented reality (AR) too. If that’s not enough, there’s mixed reality (MR) as well.

But what does it all mean, how do VR, AR and MR differ, and what are their potential applications?

In this feature, we’ll explain the ‘reality’ technologies and give examples of how they’re being applied for both business and personal use. In particular, we’ll reveal the best AR apps available for Apple’s latest mobile operating system, and look at Google’s competing AR platform.

VR stands for virtual reality, and is most often used as an umbrella term for all sorts of immersive, computer-simulated environments. This means that you can probably get away with calling AR and MR subsections of VR, although for the purposes of distinguishing the three we’re going to be a little stricter in our definition.

In these terms, virtual reality is a totally computer-simulated version of reality (at least as far as sound and vision go). Head-mounted displays (HMDs) like the Oculus Rift, HTC Vive and PlayStation VR, as well as mobile-based headsets like Google Daydream and Samsung Gear, are all VR hardware. You strap them onto your face, and are immersed in a digital environment. 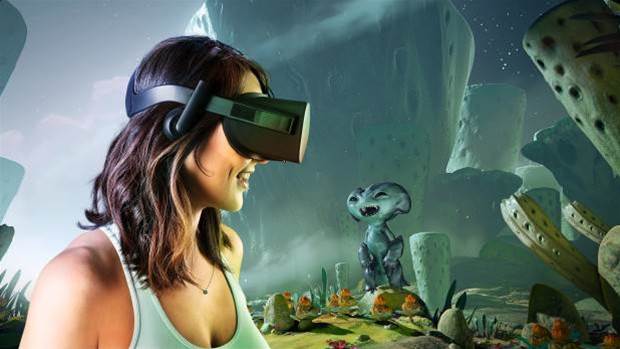 Another subsection of VR is 360-degree video. Special cameras capture these images, so they’re not computer-made virtual environments, but you still experience them using a VR headset.

The main concept here is immersion, and the sense of presence this can provide. Ideally, a VR user should feel like they have been transported from their living room into a totally different space. Having your field of vision taken up by a virtual world can trick your brain into feeling physically present within that reality. (Or it can make you feel sick, particularly when motion is involved.)

These ideas about presence and immersion are often talked about in the same breath as empathy; about the potential for VR to communicate another person’s perspective – making a user feel physically involved in a way screen-based film cannot.

If virtual reality is total immersion, augmented reality is all about layering virtual elements onto the real world. Pokémon Go is probably the most well-known example of this technique, with a nexus of magical animals layered onto a real-world map and what you can see via your phone’s camera.

Devices such as Google Glass were early attempts to integrate AR into headwear, and there are some crazy patents such as Samsung’s AR contact lenses, but the current mode for AR is to layer virtual elements using pre-existing devices such as smartphones and tablets.

While there was a lot of buzz around VR headsets last year, this is quietly shifting towards the wider user of AR. Apple, which was notably absent from the VR fray, is leading the charge here with its ARKit platform for iOS 11, closely followed by Google’s ARCore platform.

One early ARKit app is IKEA Place, which showcases one aspect of how AR can be used for business. (More on that on the next page, where we look at ARKit apps and games.)

Here’s where things become fuzzier. Up until recently, AR has been distinguished by a level of disconnect between the virtual and real world. You may have information imposed on your field of vision – like images or text – but these virtual elements are not anchored to the real world, and do not respond to physical objects in real-time.

Mixed reality, on the other hand, does involve a strong element of interaction between physical and digital elements. The clearest case of this is Microsoft HoloLens, which can impose virtual models of buildings, bodies and vehicles that designers can walk around, inspect and tweak as they see fit. Experimental hardware such as the Magic Leap and Intel’s Project Alloy prototype have given a glimpse of where this path could lead, potentially encompassing elements like haptics (touch). 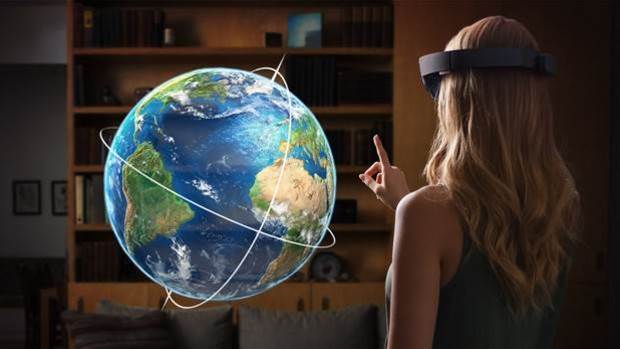 With the advent of Apple’s ARKit, however, the lines between AR and MR have blurred somewhat. You could argue the Ikea app, for example, is actually a form of mixed reality as it allows users to walk around virtual furniture on a real-world carpet, as it if were a physical object. In this regard, some have said MR is another way of saying ‘“true AR”.

What’s likely is that, as digital-physical interactions become more sophisticated, one term will simply be eaten by the other. Many believe the less geeky-sounding mixed reality will prevail, although AR is persisting.

Next: the best ARKit apps and games so far