Your brand and social responsibility: How to publicly reveal your social conscience 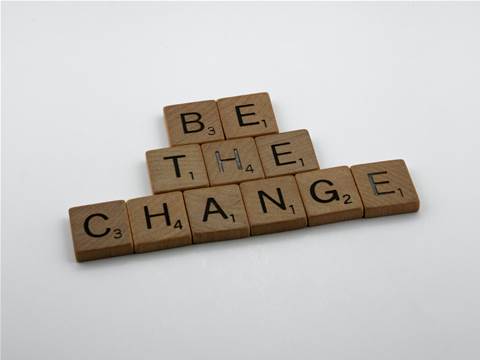 The necessity for brands to be socially engaged and align with consumer ideals has never been more important.
Photo by Brett Jordan on Unsplash

The pressure for brands to be socially responsible has never been greater.

The pandemic turned our world upside down, stunning our attention to what businesses are doing to give back to their communities, care for employees remotely and adhere to social distancing guidelines. And it’s no coincidence that social engagement has erupted, as we wrangle the many issues facing us as a society such as equality and justice.

Consumers are voting with their wallets for the future they want to live in, and they’re not afraid to take their business elsewhere if they are unhappy with the social responsibility efforts made by a brand. A considerable 62% of consumers prefer to purchase products and services from businesses that stand for a purpose that reflects their values and beliefs.

From celebrating Pride Month throughout June to acknowledging Reconciliation Week, standing in solidarity with Naomi Osaka or joining the #BLM movement, there’s a vast array of movements and events that are close to consumers’ hearts.. However, that doesn’t automatically make them ripe for brand commentary.

Here, we explore the best practices and guidelines for brands looking to publicly reveal their social conscience.

Be authentic in your efforts

Consumers increasingly expect businesses to address the social justice issues challenging our world, such as equality and climate change. Yet at the same time, consumers are sceptical about ‘woke washing’ where businesses are leveraging these issues as marketing stunts, rather than genuine acts of activism and solidarity.

As a result, brands are being called out for inauthentic effort. In the case of Pride Month, many brands have been criticised for ‘rainbow washing’ where they use the rainbow colours or flag, but fail to do any tangible work to support the LGBQT+ community.

It’s vital for brands looking to show their social conscience to consider what value they’re adding and what the desired outcome is. Corporate allies and advocates have an important role in society and can champion meaningful change but it must feel authentic to consumers and the public. This can be achieved through brand storytelling, with leaders revealing why they are so passionate about the cause and the brand’s journey to relevant acts of activism.

To use Pride Month as a working example, this could mean brand’s showcasing stories from the LGTBIQ+ community, using their money and platform to address real issues or education on the issues faced by the community.

Be aligned with your brand’s values

Businesses should talk about social justice issues, but only those they have a distinct passion for and a clear track record of actively getting behind.

During last year’s Black Lives Matter protests, Ben & Jerry’s campaigned against racial inequality and were vocal advocates of the movement. With decades of experience in advocating for a range of social justice issues, such as refugee and human rights, climate change and gender equality, Ben & Jerry’s published one of the strongest public statements regarding the #BLM movement, going so far as to claim that police brutality “is perpetuated by a culture of white supremacy”. Validating this with real action, Ben & Jerry’s shared on its website a list with tactical steps to dismantle white supremacy as an open source for other businesses and leaders to lean on.

Corporate activism must be aligned with a brand’s values in order to feel authentic. In this case, Ben & Jerry’s has a strong history of educating employees and consumers about structural racism and inequality, is focused on diversifying the recruitment process and has created foundations to support important social causes. To this end, Ben & Jerry’s is a prime example of a business that’s corporate activism is inherently aligned with brand values.

Be supportive through action

Brands that talk the talk about social justice movements must also walk the walk and display real action to address the challenges and pioneer change.

After the chairman and fourth-generation heir of Barilla Pasta rebuked rainbow families during a press interview, causing widespread backlash, the CEO acted in response and stepped in. Rather than shying away from the controversy, the CEO leveraged the scandal as a catalyst for conversation and change within the company. In the space of a year, Barilla expanded health benefits for transgender workers and their families, donated to gay rights causes and featured a lesbian couple in online advertising and marketing content. Through this action, Barilla achieved a perfect score in the Human Rights Campaign’s list of employers who are LGTBQ+ friendly and inclusive.

The speed at which Barilla transformed their culture by implementing new policies backed by action can serve as an example for other businesses. But a scandal isn’t always required to ensure that businesses are putting their money where their mouth is when it comes to social justice campaigning and advocacy.

Earlier this month,  tennis champion Naomi Osaka announced that she was skipping all post-event conferences during the French Open to protect her mental health, she was fined $15,000 and threatened with suspension. In response the meditation app, Calm, pledged to pay the fines in support of the tennis player’s mental health message. Further to this, Calm matched the fine with a $15,000 donation to Laureus Sport in France, an organisation working in the mental health space to transform the lives of young people through the power of sport.

This is a strong example of a brand putting their money where their mouth is while reinforcing its overall message that ‘mental health is health.’

The necessity for brands to be socially engaged and align with consumer ideals has never been more important.  In an era where consumers hold all the power, brands must remain relevant by demonstrating a social conscience and standing in solidarity with consumer ideals and important social justice movements. There’s often a fine line between brands doing the ‘right’ thing and being seen as opportunistic, sobe careful not to take a side step into scepticism. But do be brave and get behind the issues that are important to your customers. If in doubt as to what they are, start asking.

David Fairfull is CEO and co-founder of Metigy.