Why this accounting practice dropped Adobe for Nitro 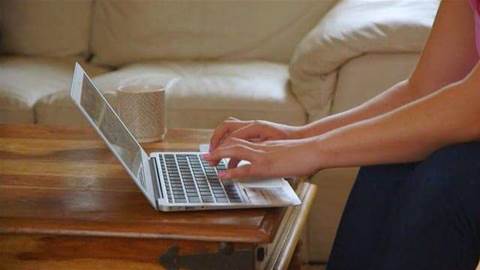 When you think of PDF files, you think of Adobe. But there's an Australian-born competitor with products and services that are gaining converts around the world.

MacKenzie Strategic Accountants is based in Adelaide and specialises in working with private and family-owned businesses, entrepreneurs and individuals.

The firm discovered Nitro at a conference, and immediately saw how easy it made electronic signatures and other functions. The price was right for SMEs, and it provided more functionality than Adobe Acrobat at a lower price, says head of strategy and development Amanda Kennan.

That original encounter was in October 2014, MacKenzie Strategic approached Nitro in November, and by the end of that month the desktop software was deployed. MacKenzie uses Terminal Services with a Windows server for desktops, and "the implementation could not have been any easier," she says.

10 Nitro Cloud licences were added shortly after, and that has now increased to 23. "It's something that worked really well for us."

Nitro Cloud makes it simple to share and review documents, and to collect approvals or signatures. "It has made a huge difference to our business," she says. MacKenzie Strategic was not originally looking for such functionality but it has delivered significant benefits.

It has been used to create automated workflows such as sending a tax return to a client, collecting their signature, and then lodging the return. What's actually happening is that the document stays in the cloud, but that's not how it appears to the client. They receive an email asking them to fill in any required information and then sign, but clicking the link in the mail opens their browser and takes them to the document in Nitro Cloud.

Signing can be done with a mouse, a finger on a touchscreen or trackpad, or by pasting in a scanned signature.

This process is even used when clients come into MacKenzie Strategic's office: even older clients (to the surprise of some of the firm's younger accountants!) are happy to sign on an iPad.

The ATO and other authorities are happy with this approach because Nitro keeps a timestamp of when data is added to a document, Kennan explains.

"Client reaction has been really good," she says, and by automating business practices with Nitro the turnaround for completing tax returns has been slashed from six to one or two weeks.

Nitro is used widely within MacKenzie Strategic. Forms such as compliance documents can be scanned once and then filled in onscreen as often as needed instead of keeping a stack of copies that must be completed in longhand. Not only does this look more professional, but  uploading the completed document to Nitro Cloud for the client to sign has reduced turnaround from one or two weeks to next to no time. "Time is money," Kennan observes, and it is no longer being wasted tracking the progress of documents.

A whole range of different types of documents are processed this way, and end-of-year accounts for self-managed superannuation funds is just one more example.

Nitro Cloud is used for internal documents as well as those sent to clients. It makes them available to staff wherever they happen to be, and that includes people working at the Manila branch who can annotate documents and send them to a director for review.

Interestingly, she says people at the firm explore Nitro to discover new things they can do with it, something that just didn't happen with Acrobat.

Nitro is very strong in terms of automating business processes and can be used to tie together programs such as Microsoft Office and MYOB or QuickBooks, Kennan says. Accounting firms have a high risk of being the victims of digital disruption, and things like automatic bank feeds and SBR have already had an impact, as have increasing demands for mobility and the changes to compliance requirements.

Fortunately, Nitro provides ways to handle some of these changes and "makes us more efficient as a business, and we can spend more time with our clients," says Kennan.