Why better business conversations are rooted in data 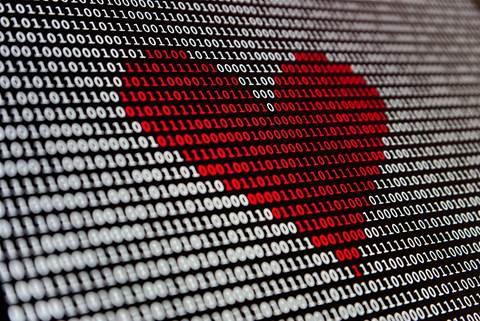 Leaders themselves aren’t exempt and need to be seen as strong users and advocates of data.
Photo by Alexander Sinn on Unsplash

The current era of uncertainty and disruption has impacted business leaders as much as the organisations they run.

As countries such as Australia emerge from pandemic restrictions, leaders are now being asked to reform, or at the very least reimagine, workplaces and their own management styles. And conversations play a really big role in leading teams through periods of change.

Undoubtedly, conversations at work have been tremendously disrupted by the pandemic.

Our Quality Conversations report, surveyed almost 2,000 business leaders around the world and sought to understand the impact of the COVID-19 pandemic on the conversations we are having in the workplace.

The survey found that the Australian workforce had a polarised response to how the rise of remote working has affected the quality of their conversations, with the majority finding the lack of ‘facetime’ affected their ability to engage with others. Interestingly, data emerged as a winning strategy, bridging a gap between a lack of in-person communication, the state of uncertainty, and stimulating the exchange of ideas.

So, how does data lead to better conversations and culture, and why is it so important?

The current state of play

The past 18 months have been a testing time for Australian leaders. The shift to remote working forced many leaders to rethink their approach when it came to workplace conversations.

What we often find, however, is that in these moments of flux, leaders look for places of certainty to anchor their decisions and engagement with employees. And here is where we see the importance of data. The research found that more than half of respondents believe that remote work has helped their organisation have more productive meetings and better prioritise discussions.

Australia and its business leaders have weathered the pandemic changes better than most.

A majority of local leaders we spoke to agreed that data usage during the pandemic removed business hierarchies and made workplace conversations more accessible.

What we’re seeing here is the rise of inclusivity. For example, leading companies such as Transurban have made data part of everyday discussions across their business. What began as a small pilot project by a handful of analysts, has quickly become part of the conversational skill set of hundreds of employees. Today, almost half of all Transurban employees have developed the data skills to understand real-time traffic flow.

When we build conversations off of data that is concrete and in essence its own universal language, we open ourselves to a wealth of different perspectives. The nature of leadership has evolved from an authoritative stand point to one that is more collaborative, however, for leaders to actually implement this change, there needs to be opportunities for all to get involved, and data aids in this process.

What the future holds

Many leaders ask me what they should prioritise right now to set up their data culture success in the long run. I personally believe data literacy is high on that list.

A lot of times we think about data literacy as an individual knowledge activity where people have a firm grasp of using numbers and statistics. This isn’t the case. Everyone should be a data person and that ability to see and understand data has become a core competency required of everyone in an organisation.

Making this a reality of course requires a commitment and a level of data literacy across all knowledge workers in the organisation.

Leaders themselves aren’t exempt and need to be seen as strong users and advocates of data. Our research found that almost all businesses whose Australian leaders used analytics tools at least weekly to drive discussions had similar levels of adoption across the rest of their business.

Ultimately, what we believe will remain true as we move into 2022 is that data-informed conversations will shape the outcomes businesses are after, and lay the foundations of successful leadership.