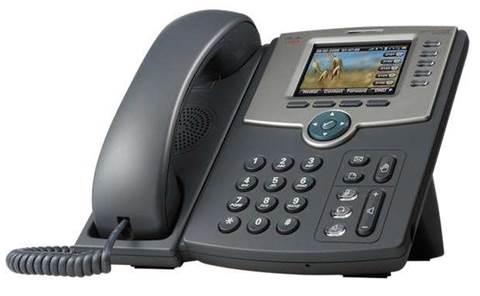 We look at a range of IP phones that can help you get more out of your VoIP service.

In our VoIP feature series, we explained the advantages of using Voice over Internet Protocol services, looked at a range of plans and examined how using advanced VoIP features can make your small business seem bigger. Here, we look at the final piece of technology to consider: Internet Protocol (IP) phones.

While you can use traditional handsets with a VoIP service by adding an ATA (analogue telephone adaptor), using IP phones helps keep things simple and usually makes it easier to access features such as voicemail and forwarding. Here are few issues to consider when buying one.

Like any digital device, an IP phone needs a power source and for IP phones that often means a plugpack. That’s generally not a big deal in small workplaces, but as numbers increase there’s more to be said for picking phones that support Power over Ethernet (PoE), though you will need a PoE network switch as well.

Another way of simplifying the wiring is to pick phones that include a second network port. That way you only need one network socket per desk: the phone plugs into the wall, and the computer plugs into the phone.  Just be aware that if you have a Gigabit Ethernet (GbE) network, you need to look for phones with GbE connectivity or this type of arrangement may slow your computers’ network traffic.

If your phones and computers are all connected wirelessly, that’s not an issue – you just need an IP phone that supports Wi-Fi. (Note that being a Wi-Fi phone only relates to how it connects to the network; you’ll need a cordless phone if you want to roam.)

As a general rule, it’s easiest to buy handsets from your VoIP provider so they come preconfigured and all you need to do is plug them in. Or you might engage a suitably skilled contractor to do the job for you. That said, it isn’t especially difficult to set up a handset as long as the provider has supplied all the necessary details.

Make sure that your internet connection has sufficient bandwidth to support the number of simultaneous calls expected on top of other uses. Also check that your router is able to prioritise VoIP traffic, otherwise you may suffer poor voice quality. If you’re planning to install more than one VoIP service and aren’t the full bottle when it comes to networking, it’s wise to talk to the intended provider or someone else with the necessary expertise before you begin.

Some businesses like to keep at least one conventional landline because it continues to work when there’s a power blackout. A few VoIP phones include a PSTN socket for connecting a traditional phone, but if you’re concerned about emergencies make sure the model you’re considering really does fail-over when power is lost. For example, it’s unlikely that a cordless handset will. There’s also less room for confusion if everyone knows that the distinctive traditional phone is the one to use in a blackout.

How much do they cost and what features do they include? Here’s a range of wired and Wi-Fi desk handsets and cordless IP phones to give you an idea of what’s available.

Note that we have not reviewed or tested – and therefore do not necessarily endorse – any of the phones listed here. The above list of IP phones is by no means exhaustive. It’s intended to be an introduction to products, prices and features on offer. “Street price” is representative of prices advertised by resellers.

Don’t forget that some smartphones include a Wi-Fi VoIP client as standard, and there are also various apps available for this purpose - some generic, some tied to specific VoIP service providers.