What the New Payments Platform will mean for business 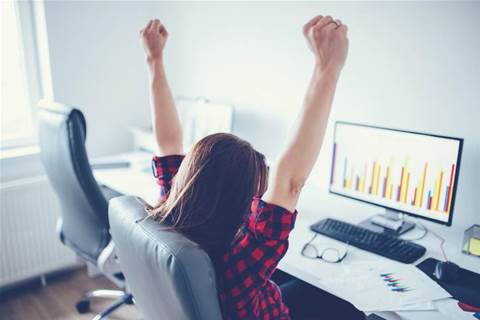 The NPP is expected by the end of the year and it should be good news for every business. Here's what you need to know.

As we reported a couple of years ago, work has been underway to create the New Payments Platform (NPP), “a fast, versatile, data-rich payments system for making... everyday payments.” Since the NPP is expected to swing into action this year, it seems appropriate to revisit the topic.

A number of aspects of the NPP will have a particular impact on small businesses.

Xero Australia managing director Trent Innes says his company is "very supportive" of the NPP because it will help small businesses get paid faster. At present, there can be a delay of several days between the funds leaving the payer's account and actually becoming available to the payee, but settlement will occur in real time (within 15 seconds) under the NPP.

This will help most businesses' cashflow, as funds leave on the same day that they would under the present system, but arrive much sooner.

MYOB is also keen on the NPP. "We'll absolutely build that [capability] into our software," said CEO Tim Reed.

The NPP also allows much richer data to accompany the money being transferred. This has the potential to reduce the time and effort needed to reconcile accounts. If sufficient information about the transaction is included, accounting systems will be able to definitively match the payment against an invoice, for example.

Transaction descriptions are currently limited to 18 characters, but that will increase to 280 characters on the NPP.

"We're really excited about getting more data on a transaction," said Innes. Combined with real-time settlement, this has the potential to let small businesses know exactly where they stand (in financial terms) at any time.

"More information is better than less," observed Reed, though it is not yet completely clear how it will be used. While the NPP is built on a standard set of messages (ISO 20022), standardising the transaction descriptions is "challenging" and "still being worked through... and will evolve over time."

More importantly, it makes it easier to move your account from one bank to another – open the new account and associate it with your chosen identifier(s), then subsequent NPP transactions will flow to the new account. This means it will be possible to move your bank account without having to notify anyone that pays you or that takes money from you.

MYOB plans to extend its PayDirect feature to handle NPP payments. This could include support for the NPP feature that will allow users to request a real-time payment from the payer, rather than leaving them to initiate the bank transaction.

NPP transactions will be able to include links to documents held in a secure repository, and the additional information such documents contain will open the door to further automation, according to Reed. The impact this feature will have should not be underestimated, he added.

Even if 100 percent automated reconciliation isn't achieved, Innes and Reed agreed that it will still take some of the pain out of accounting and provide a more up to date view of the business's position.

A possible downside is that we don't yet know what fees the banks will apply to NPP-based transactions. "We'll just have to see how they change for this new capability," said Reed. While it will be up to the banks to smooth the transition to the NPP, he doesn't expect any problems for small businesses: "I think there's only upside."

Payments, payments with documents, and payment requests are all parts of BPAY's Osko service,  previously known as Initial Convenience Service (ICS). Osko payments are expected to arrive by the end of this year, with the other two to follow.

Osko is the first example of an overlay service for the NPP. A helpful analogy that's being used is that if the NPP is the equivalent of an operating system, overlay services such as Osko are the apps.

Overlay services can potentially do anything related to a purchase, and a key point is that they don't have to be operated by financial institutions or their related organisations such as BPAY. Among the ideas being floated are having payments trigger related actions (such as, doing a title check and initiating the registration and insurance processes when buying a car) and bill splitting (one person pays the restaurant and receives each of their fellow diners' shares of the bill).

NPP Australia, the company formed to operate the platform, predicts the development of overlay services addressing the requirements of funds managers, the stock market, and the insurance and superannuation industries.