What is agile? How it actually works 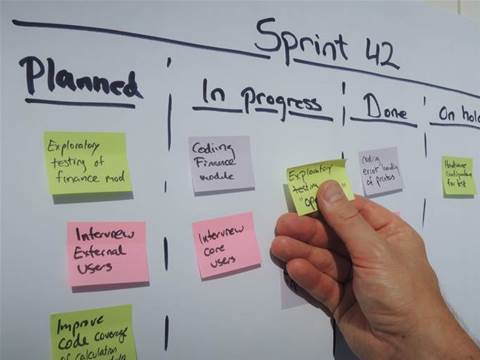 We explain the method behind this relatively new approach to managing projects and processes.

In fact, agile has been around for several years in the software development world, and while we’ll use that sector as an example here, it’s an approach that can be – and is – used widely across business.

First described in 2001 (though the concept has been around longer than that), agile is a response to a sequential style of software development where the business states its requirements, and IT delivers software to meet them. Because of the top-down nature of this method, the resulting software can fail to meet users’ needs, which may have evolved since the start of the project.

Instead, agile focuses on incremental development, prioritising testing and user feedback in order to adjust the software to suit new or changing user requirements, ensuring the product remains relevant and useful. In general, proponents believe agile delivers projects faster, cheaper, and most importantly, ends up with software that meets users’ needs.

In short, agile favours speed of delivery, testing, and continuous feedback. Its core principles support this. They are: