What changed about running a business in Hong Kong since China introduced its new security laws? 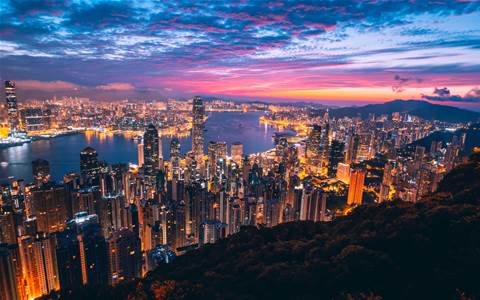 Regional Volatility, Uncertainty, Complexity and Ambiguity (VUCA) will continue to see the exiting of foreign owned businesses from HK.
Photo by Simon Zhu on Unsplash

Prior to 2020, more than 9000 international companies had operations in Hong Kong, more than 1300 of those were from the United States. An estimated 1300 foreign firms based their Asia Pacific headquarters in the city, including 300 US companies. So, when the Chinese Government passed a new security law intended to prevent “secession, subversion, terrorism and foreign interference” in Hong Kong, many company leaders became increasingly concerned about the potential business impact.

It could take years to learn how China’s new security law will affect Hong Kong, but resettlement and repositioning of foreign companies commenced in 2020 due to the political and economic nervousness felt in the city. The “fear factor” arising from the violent antigovernment protests due to the contentious extradition bill brought the city to its knees in 2019 and generated global headlines.

The political unrest influenced many of the foreign companies with headquarters and offices in Hong Kong to start making plans to shift their operations elsewhere - us included. We had our Asia Pacific base there since 2016 but have recently moved it to Sydney.

The loss of Hong Kong’s special status regarding visas could mean that companies that are in Hong Kong to do business in China would probably find it much more difficult for their employees to fly into Hong Kong for this purpose. Many have simply closed their operations in Hong Kong and the impact has therefore been felt in the job market, with unemployment rising to seven percent in 2020, which has not been helped by the pandemic induced border closures.

By the end of 2020, the Hong Kong population had already decreased to 7.47 million, 0.6 percent of its size in 2019. It is estimated that 322,400 of the 5.4 million eligible Hong Kong residents will move to the UK over the next three years as part of the British National Overseas (BNO) scheme. They will be able to live and work in the UK for five years and can then apply for British citizenship and live there permanently. They will be offered help accessing work, schools, health services, housing and even setting up businesses.

More recently concerns for companies operating in Hong Kong have arisen due to the potential implementation of new capital controls by China and also the unpegging of the Hong Kong dollar from the US dollar.

Hong Kong needs time, but do foreign owned companies have the patience?

Due to China’s own stellar rise and growth, the potential vast economic opportunities for Hong Kong requires time, between three and five years to develop and mature. It can be argued that foreign owned businesses do not have the patience to sit back for this amount of time. So much can happen in a business in six months, let alone three years.

It goes without saying that Hong Kong has been a pillar of the global financial community and has been the Asian financial centre for decades with a low tax regime and free capital movement. This will not be lost overnight, but the ramifications will become apparent in the next year or so.

The development of the Hong Kong Bond Connect, which is a mutual market access scheme, in 2017 allowing offshore investment to tap into China’s growing economy (US$3 trillion) is developing into a stream. This will in turn provide access to new investment and other financial products and services.

Hong Kong is the world’s largest Renminbi (RMB) clearing centre, with 75 per cent of the world's RMB payments settled through Hong Kong, according to SWIFT statistics. Hong Kong will continue to grow its role as the central RMB business hub more in line with China’s expectations. The RMB is the world’s second most transacted currency through SWIFT RMB as an international currency.

Singapore is now the second-largest offshore RMB hub behind Hong Kong according to a report by People’s Bank of China. The Lion City accounting for 10.3 per cent of cross-border RMB settlement, while Hong Kong commanded 44.9 per cent, according to the report. Germany was third at 3.4 per cent, while Taiwan was fourth at 3.3 per cent.

Regardless of the 2019 political crisis, Hong Kong controlled two of the world’s top five IPOs in Alibaba (USD$12 billion) and Budweiser (US$6 billion). Although Hong Kong’s share of global IPOs have declined from its 2018 peak, but the Alibaba and Budweiser IPO’s during the fear factor period paves the way for an optimistic future for IPOs.

Regional Volatility, Uncertainty, Complexity and Ambiguity (VUCA) in the interim regarding deteriorating US-China relations will continue to see the exiting of foreign owned businesses from Hong Kong, led by the US companies. This is a natural attrition that will continue over the next few years.

VUCA mandated us to execute precision and scalable decision making to avoid unpredictable, on-demand, political and commercial risk management and mitigate our growth trajectory - hence the decision to reposition in Australia.