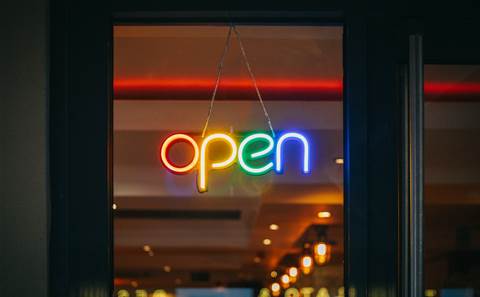 The flexibility of open source software means that business users can tweak solutions to suit their needs.
Photo by Viktor Forgacs on Unsplash

As the demand for data and insights to develop new and improved products and experiences continues to rise, open source technologies have continued to grow and become increasingly appealing for businesses. These technologies have the ability to handle massive amounts of data, scale alongside the business as it grows and evolves securely with community input.

Gartner predicts that by 2022, more than 70 per cent of new in-house applications will be developed using an open source database management system (DBMS). Netflix and Atlassian are two prime examples of organisations that have thrived after their full embrace of open source.

However, with the increase in adoption of open source, companies need to be wary of the difference between truly open source versus open core. Open source software-based data solutions can dramatically lower costs particularly when used in their 100 per cent open source versions, as opposed to open core solutions that promote vendor lock-in to licenses and drive up costs.

Here are seven reasons, plus advice for businesses, to consider as to why true open source technologies are fuelling the enterprise adoption trend.

Open source is powering the future of application development across many global organisations. Open source software is created, backed and governed by a worldwide community of organisations and developers, such as Apache Software Foundation (ASF) and Cloud Native Computing Foundation (CNCF). It brings together the world’s top developers, end users and vendors to maintain true open source. The four different open source technologies, Apache Cassandra, Apache Kafka, Apache Spark, and Elasticsearch, each offer different benefits around cost, flexibility, and freedom which makes it unique and valuable to businesses:

Open source takes collaboration to a whole new level. Businesses are evolving their mindset on open source, and are now realising that the benefit of culture and methodology behind a community. The community network brings together developers from across the globe that offers a diverse range of expertise, knowledge and best practice efficiencies. This network can then then drive innovation and improve the quality of application development at breakneck speeds, saving investment and time costs.

Businesses can also contribute and share their knowledge back into the community network to help other organisations to improve their development and the original code for future innovations.

Open source solutions are potentially more secure. On the point of collaboration, there is an aspect of safety in numbers with many experienced eyes looking at, reviewing and contributing to the source code and fixing identified flaws. This however can backfire when behind a veil of commercial or proprietary licence, such as open core, with a limited number of software engineers maintaining the technology as findings aren’t necessarily shared with the greater community, and therefore does not reduce or eliminate the presence of vulnerabilities.

Those technologies that operate under permissive licenses generally belong to and are governed by open source foundations, such as the ASF or CNCF, whereas custom licenses are typically owned by open core vendors which may restrict others from using that software in a certain context, such as for deploying as a managed services. These restrictive licences have become increasingly prominent over the last few years.

When considering open source technologies, businesses generally are looking for scalability and reliability, and well-supported popular technologies that operate under well-governed frameworks, such as ASF and CNCF, have the potential to deliver high levels of scalability and reliability. However, these elements can be greatly enhanced where open source technologies underpinning business applications can be consumed as a managed solution such as SaaS, which brings ease of implementation and reduces the need for significant in-house DevOps teams.

For example, companies like Netflix—whose service has long run on Apache Cassandra clusters—utilises the scalability of open source to its advantage. The automated tooling Netflix has developed enables it to quickly deploy large scale Cassandra clusters. Such open source solutions demonstrate a level of reliability, robustness and agility under fast-changing conditions.

The flexibility of open source software means that business users can tweak solutions to suit their needs. It can easily be modified to add required functionality and scaled on demand to meet the ever-changing needs of a business. The benefit is that implementation is often quick and efficient meaning that businesses can adapt at speed to their clients needs.

Sharing is a concept we learn early on as children and is known for its positive benefits. Open source is the same, it is not just a community, it’s a movement - a culture. Over the past few years, we have seen the growth of open source accelerate across today’s enterprises and businesses as it opens its software to community supporters that can help securely contribute code, peer-review, innovate, build and motivate them to improve the quality of the solution.

Peter Liley is CEO of Instaclustr. For more information on open source and its power to help businesses innovate, visit Instaclustr.com