"We freaked out": The scary reality of starting a web business 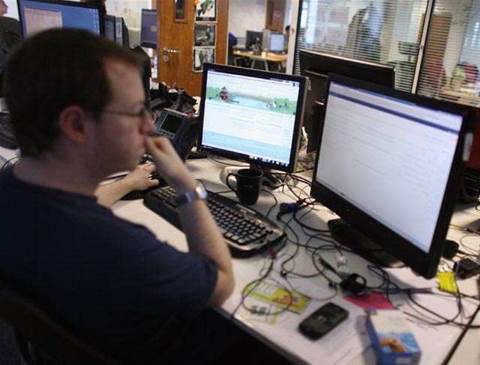 Think starting a successful web shop is a walk in the park? Here are some of the difficulties the co-founders of "cute" gift site for kids Tinyme went through for their site to find success.

It's no wonder the idea of starting a web shop is so tempting. You can get started for as little as $40. But it's hard work. Mike Wilson and his business partners have done it and succeeded, after starting out in a spare bedroom. In the article below we explain the hard work that he and his partners have put into their business.

Hopefully the following sheds some light on the hard work involved.
Mike Wilson concedes he didn't appreciate the risks he was facing when he founded his children’s products business back in 2006.
Newsletter Signup

I have read and accept the privacy policy and terms and conditions and by submitting my email address I agree to receive the Business IT newsletter and receive special offers on behalf of Business IT, nextmedia and its valued partners. We will not share your details with third parties.
A trained industrial designer, he had long held dreams of starting a business, and when he gained access to a woodcutting machine and the chance to produce personalised, made-to-order children’s puzzles, it seemed like a great place to start. 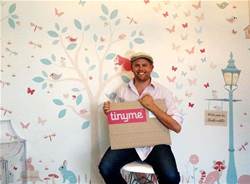 Tinyme has 100,000 email subscribers
"I’d often thought of things we could make, and then having young kids myself, I knew the market for kids’ stuff was probably a good market," Wilson says.
And so Tinyme was born. From humble beginnings the company now employs the equivalent of around 30 fulltime staff, rising to 45 at peak periods. Wilson now has two business partners, having been joined by friend and fellow designer Nick McLennan soon after launch, and by former investment banker Ben Hare who joined three years later.
Together they have grown the Tinyme range to include printed goods such as customised wall stickers, books bags, and party items, which have been purchased by more than 200,000 customers.
Early financial pressure 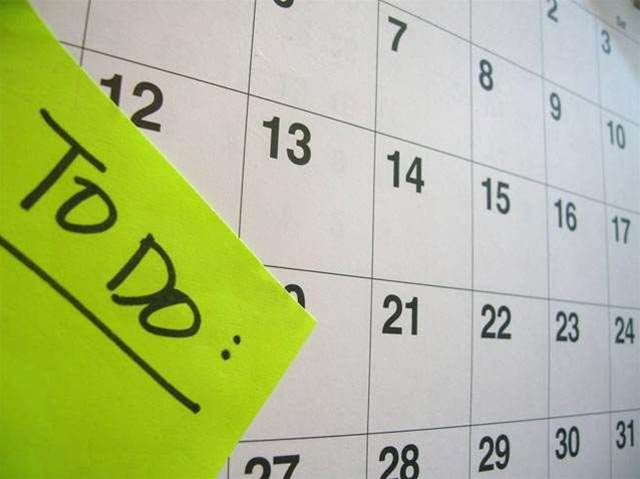 It’s a long way from the first year, when Wilson was doing consulting work to fund the business and pay the bills, which included a mortgage and supporting two young children.
“In retrospect I just didn’t know what I didn’t know,” Wilson says. “It was way more risk than I really anticipated. The likelihood of the type of start-up I started failing was way higher than succeeding.”
Wilson and McLennan lived frugally for the first few years - not an easy proposition as both had young families. With all profits being reinvested in the business, Wilson and McLennan had been re-borrowing against their mortgages to live.
“Sometime in 2007 either Nick or I ran out of money, and said we’d probably better start paying ourselves,” Wilson says.
Prominent amongst what they didn’t know as accounting, with both Wilson and McLennan signing up for a bookkeeping course at the local TAFE.
The web site: from X-Cart to Magento 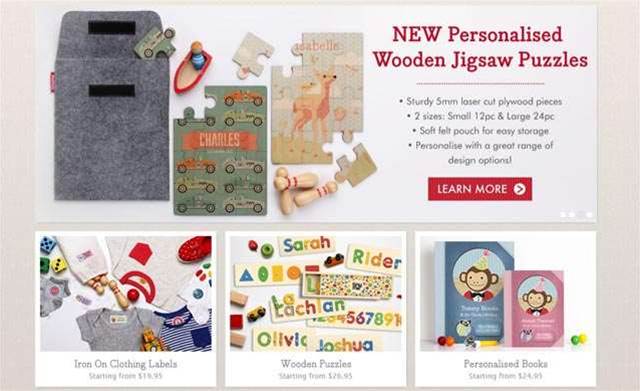 But one skill that they had in abundance was design. Wilson had previously been engaged in web projects as a designer, and had familiarity with the technologies and concepts. Hence when it came time to select an ecommerce platform to underpin the business he selected X-Cart, and created his own front-end for the website in conjunction with an X-Cart development team based in Russia.
He decided from the start though, that it was best to have technical skills resident within the company, and set about learning everything about X-Cart that he could.
“For an ecommerce player we saw it as core business, and not something that we really want to outsource,” Wilson says.
Over time X-Cart proved to have limitations, including being unable to manage a multi-site business. This problem came to the fore when Tinyme began planning for its expansion to the UK in mid-2011. That led Tinyme switch to Magento - a product that Wilson says was and remains dominant in its market.
“It’s the dominant player, so you can find developers that have actually heard of it,” Wilson says.
Marketing the site: what worked

Marketing has been critical to their success. One of the most successful techniques has been advertising in parenting magazines, where they specifically purchased so-called ‘distressed rate’ spots.
“If they were going to print tomorrow they'd ring up and give us an ad for a third of the price, because we could turn around art really quickly,” Wilson says. “But we’d just start trying new channels as we came across them, and gave most things a crack.”
That has included extensive online marketing, including:
“A lot of time we think at a high level about where our audience is hanging out, online and offline, and can we reach them in a way which is credible, cost-effective and not annoying,” Wilson says.
“We follow a lot of blogs, read a lot, and have paid subscriptions to stuff like Econsultancy, SEOmoz, MarketingProfs etc. We haven't sought much external marketing advice with agencies or consultants to date however.”
They have been open to business advice however, and for 18 months worked with business coach Jai Gill from InflectionPoint.
Their willingness to learn has also seen them willing to drop ideas and product lines that have not performed. Early on, the company built a wholesaling model, but Wilson says the core proposition of customisation was just too difficult for other retailers to sell. More recently the company dropped a line of customised jewellery it was selling to mothers.
“The product was going along ok, but it wasn’t going along really, really well, and we weren’t differentiating well from anyone else on the market doing a similar product,” Wilson says.
A speed bump 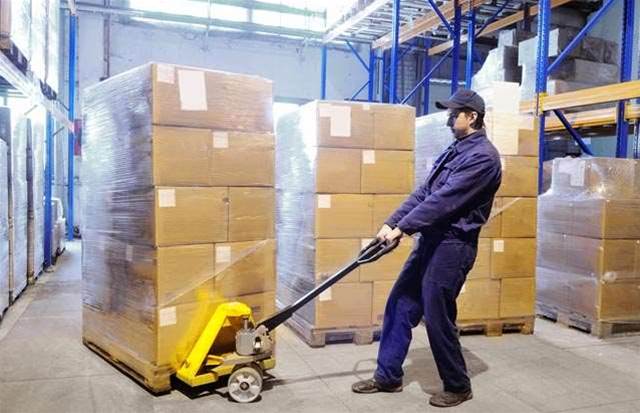 While the company has never suffered from financial difficulties, in 2007 Tinyme hit a speed bump that could have had dire consequences.
Wilson and McLennan’s desire to expand its product range had seen them spend $30,000 on a shipping container of pedal cars from China. Unfortunately a large Australian retailer had also bought similar models from the same manufacturer and began selling them for less than Tinyme’s wholesale price.
“And we freaked out and thought we were going to be left with a warehouse full of these cars,” Wilson says.
That led to a brainstorming session. One solution was to sell a large number of cars through the daily deal site Zeek, and Tinyme subsequently set up a daily deals section on its site. They also began using their email marketing more systematically to help promote and sell the stock, and became much more focused on managing their cash flow and profitability.
“That got us really focused, because it looked like we were going to run out of cash in about three months’ time if this stuff didn’t clear,” Wilson says.
The renewed focus also starting to generate new rewards: a co-promotion organised with the baby skin care products maker Curash offering 3,000 personalised t-shirts was extended to 14,000. For Tinyme, that meant getting the company logo on Curash products in supermarkets across Australia.
Setting up overseas sites
Another hurdle arose was in relation to the company name. When Tinyme first launched it did so as mooo.com.au, but when Wilson began looking at international expansion it was soon apparent that that name would not be available in other markets.
“I was keen to get something that was gender neutral and not product specific, and the right feel, and one that we would get the domains for and trademark everywhere,” Wilson says. “In hindsight it would have been great to avoid a rebrand.”
Looking back 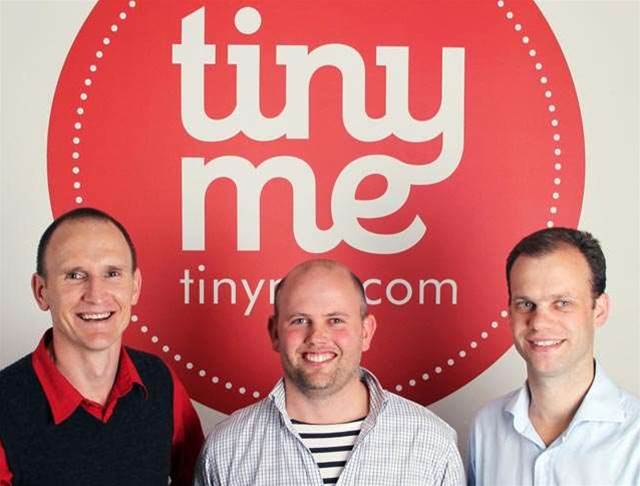 The three directors: Nick, Mike and Ben
Nonetheless, Tinyme has grown into a thriving international business, and is testimony to what can be achieved with a good idea, hard work, and a willingness to learn.
While Wilson won’t reveal Tinyme’s revenue, the fact that it can employ 45 staff when needed is an indication of his and his business partner’ success.
“We got into it because we liked making stuff and creating a business,” Wilson says. “And we weren’t too focused on it being a financial success and drawing lots of income out of it. And so that side of it has evolved pretty organically. And fortunately it has been successful.”
Want to share your experience? Add your comment below.
[All images stock unless otherwise noted]
Copyright © BIT (Business IT). All rights reserved.
Tags:
business mike ecommerce magento mooo mortgage small tinyme tinymecom xcart
By Brad Howarth
Apr 12 2013
10:01AM