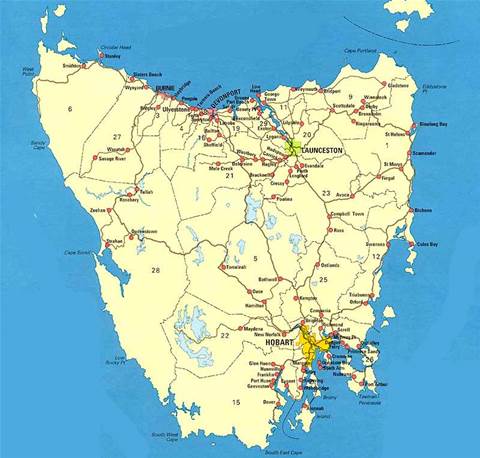 New Hobart and Launceston hubs are being run by a new startup organisation called Enterprize.

Two new innovation centres are launching in Tasmania – one in Launceston and the other in Hobart – as the island state’s emerging startup ecosystem works to build on emerging strengths in sensing, agtech, creative media and games.

Both centres will be run by a new not-for-profit organisation called Enterprize, with the Launceston centre opening tomorrow (30 September), following the launch of the Hobart hub on 22 September.

The new spaces are primarily designed to help early-stage startups develop, before they move to established coworking spaces such as Factory Floor and Parliament in Hobart or Cowork Launceston.

Enterprize has been established with the support of Tasmania’s peak startup body Startup Tasmania, along with the University of Tasmania and the state government.

Startup Tasmania president James Riggall said Enterprize’s committee will have representatives from Startup Tasmania, the University of Tasmania and the state government, as well as the local startup community.

“That will allow the organisations who support the organisation to be able to keep their fingers on the pulse of what’s happening, while also making sure that the leaders of these innovation hubs are in charge and making these spaces as successful as they can be,” Riggall said.

The Launceston hub will initially be at a temporary location, before moving to a restored historic building called Macquarie House, which is being converted to a startup space with federal assistance.

With the strong historical rivalry between Hobart and Launceston, the idea of having both hubs managed by a single organisation is a deliberate move to help foster a united ecosystem across the state. And, according to Riggall, it has the broad support of entrepreneurs, the university and Startup Tasmania.

“We want to have a single ecosystem across Tasmania where there are a couple of organisations you can go to connect you to any point in the startup ecosystem… We have a fairly united startup community, and we all have a shared vision of Tasmania becoming a leading regional ecosystem,” he said.

He added that Enterprize was named after the ship John Pascoe-Fawkner sailed from Tasmania on when he settled in Victoria.

“We use that as a metaphor for an entrepreneur’s journey into the unknown while they discover something new,” he said.

While Tasmania’s tech startup community is still emerging, it has already developed some strengths in fields such as sensors, agtech, creative media and games.

It also has some startups with runs on the board in terms of fundraising over recent years. Cloud services provider TasmaNet has raised $5.6 million, online drag-and-drop video maker Biteable raised $1.1 million, and Bosch made its first major investment in Australia through an agtech startup called The Yield.

“There’s a lot of interesting things in agtech, in aquaculture and sensing. The University of Tasmania have a research project called Sense-T, which is about sensing in agriculture and the environment, making that available via big data for farmers, and there’s been some good spinouts from that,” Riggall said.

“In Launceston, there’s a company called Definium Technologies that’s making pretty impressive advanced manufacturing to prototype things, and it looks like internet of things will be a growth area for the north of the state of the next few years.

“And in Hobart, because of MONA, there’s a lot of interesting creative startup activity taking place. There’s a couple of really cool game design studios that are starting to be established.”

Collaborating with the mainland

In creating Enterprize, Riggall said he has taken a close look at other regional hubs, particularly regional Queensland hubs such as Ipswich and the Sunshine Coast.

“We’re definitely talking to startup communities across the country, especially ones in regional cities. And we’re looking to learn from them and to collaborate. I’m really excited by what’s happening in Queensland – particularly on the Sunshine Coast and Ipswich,” he said.

“There’s a lot we can learn from there from some of the cool stuff that’s happening in a regional setting there. And in particular there’s a lot of great examples of how universities can engage with startup ecosystems. It’s early days, but we’re looking to learn from others.

“We see ourselves as part of a much larger national ecosystem, and want to engage with leaders in other regional areas.”

The blueprint for the new Tasmanian startup ecosystem is the US city of Boulder, Colorado, according to Riggall.

In the book Startup Communities: Building an Entrepreneurial Ecosystem in Your City, Boulder startup community leader Brad Feld sets out his lessons on how to set up a vibrant ecosystem in a regional city.

“Boulder in Colorado is a very effective regional startup centre in the US. It’s not that much bigger than Hobart or Launceston – it has a population of around 150,000 to 200,000 people – and they’ve managed to develop a vibrant and thriving ecosystem,” Riggall said.

“[Brad Feld] has these principles – called the Boulder thesis – that says the ecosystem needs to be led by the entrepreneurs. If you have government or universities come in and try to lead the ecosystem, that doesn’t tend to work really well.

“There also needs to be a lot of community involvement in the ecosystem, trying things and keeping things that work and not continuing things that fail. It’s a grassroots approach to establishing a regional startup ecosystem, and that’s what we’re doing in Tasmania.

Riggall said there are good signs for the future of Tasmania’s tech startup ecosystem.

“One of the things that Brad Feld says in his thesis is that the leaders of the startup community need to be around for 20 years and have a long-term commitment. They need to plan to be around for the long haul and making a difference for their region,” he said.

“What I’m seeing time and again in Tasmania is people putting up their hands and saying ‘we believe in this state, we want to make this state succeed’, and rather than trying to build something elsewhere – even if it would be easier – we’re willing to put in the time and effort to make it work here.”