Tutorial: Imaging your hard disk to protect your data

So far we’ve been talking about disk images as single files, but this isn’t necessarily the case. For convenience of storage and transport, most imaging software allows you to automatically split images across multiple files.

More advanced imaging agents can also create what are called differential and incremental images. These types of image work on a simple principle: rather than having to create a complete copy of a partition or disk every time you want to back up your system, a differential or incremental approach involves creating a single “base image”, then, in subsequent updates, storing only what’s changed. This way, you can slash the amount of space required to house an extensive archive of backups.

For home use, it makes more sense to use incremental imaging. Here, your updates store only what’s changed since your last update, not since the base image was originally created. This way, you can maintain a complete restorable archive of all the programs and files that have been on your computer at various points, without wasting a single byte.

Incremental imaging is arguably less robust than differential imaging. Since each update builds on the last, you can end up with a chain of dozens of update files – which means dozens of potential points of failure. It isn’t necessarily the case that losing or corrupting one of these files will wreck your entire backup system. Backup tools can skip missing files, so if you lose an update that only contained a few changes, you can normally recover everything else. However, if your damaged update file includes the installation of a new application or a Windows Update, your system could be left in an unstable state.

There’s no single standard for disk backup images. Over time, the various developers of imaging software have each developed their own ways of implementing features such as compression, differential and incremental updates – and also encryption. Some tools allow you to “dip into” an image file and copy files or folders onto your current system – an approach that combines the best of image-based and file-based backup. Some software can even mount an image as a virtual disk, although this isn’t as versatile as a VHD since you typically get read-only access.

Because of this, once you start creating images and incremental updates using a particular package, you’ll need to keep it around for restoring them. That’s worth considering, especially if you’re planning to shell out for a commercial imaging tool.

The Professional Edition of O&O DiskImage 6 will set you back US$29 for a single license or US$49 for a three license Family version, both available from the O&O Software website. The program comes with a free 30-day trial period. It can create images from disks and partitions, produce incremental and differential images, and conveniently combine incremental files together on demand to produce an updated base image. Paragon’s Backup & Recovery 2012 Free edition can be downloaded here and you can find paid for options on the site as well. Acronis True Image 2011 can be downloaded for trial here and a 1 PC license could be purchased for AUD$49.99. 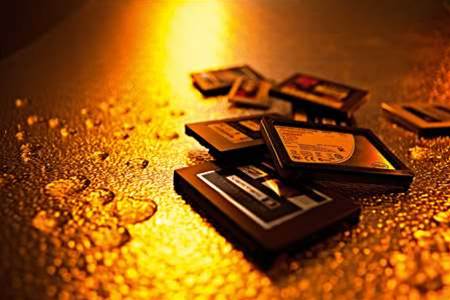 When you perform a clean installation of Windows 7, the installer analyses your hardware and configures Windows for maximum performance and reliability. This includes applying settings that suit the type of hard disk you’re using. For example, when you install it on a mechanical drive, caching services such as SuperFetch are switched on by default. On a solid-state drive they may – depending on the performance of the drive – be disabled.

This means if you use imaging software (or cloning software) to migrate your system from a mechanical drive onto a new SSD, you may not get the performance you expect. The best way to ensure you do is to perform a clean installation of Windows 7 directly onto the SSD. But if this isn’t practical, you can try adjusting the system settings.

To disable caching features that could harm the performance of your SSD, open the Registry Editor and navigate to HKEY_LOCAL_MACHINE\SYSTEM\ CurrentControlSet\Control\Session Manager\Memory Management\ PrefetchParameters. Once there, you’ll see a few keys, including two named EnablePrefetcher and EnableSuperfetch. Double-click on each of them and set their values to 0 to disable them.

It’s also worth checking that Windows is making use of your SSD’s TRIM feature, which cleans up deleted files in the background. You can do this from an administrative command prompt: to open one, go to the Start menu, type “cmd”, then right-click on the cmd. exe icon and select “Run as administrator”. Once you see the prompt, enter the following line:

If you receive a response telling you that “DisableDeleteNotify = 0” then TRIM is enabled. If not, you can enable it by entering:

A last SSD-specific recommendation is to disable scheduled defragmentation: SSDs don’t need defragging, and the constant reading and writing wears out the drive. To do this, open the Task Scheduler from the Start menu and click on Task Scheduler Library in the left-hand pane. Then browse to Microsoft|Windows|Defrag. If you see a scheduled defragmentation task appear in the top-centre pane, click on it, then click “Disable” in the right-hand pane to stop it running.

We recently reviewed Acronis True Image 2012, one of the more popular home options for using a disk image for back up and recovery (get the free trial here). Recent changes have added some new features, but ultimately the system remains simple at its core.

One of the big advantages of the 2012 iteration of True Image is the support now offered for NAS devices. The software now finds and recognises them as a disk, rather than requiring you to wade through network trees. Given the increasing popularity of the NAS as a home device and the ongoing simplification of the installation and running of a home NAS, Acronis’ decision to add improved support in this version is extremely welcome.

Also, if you’re still running Windows XP (which a surprisingly large number of users around the world are), the software will now make disks larger than 2TB usable with little fuss.

Another popular program for this is Paragon’s Backup & Recovery, a powerful program that has a free edition available online. This application not only supports of all the present day techniques to store backup images, but it also has advanced features such as partitioning tools, virtualisation and migration facilities and much more.

A quick look around will reveal a number of programs that can be used for disc imaging.