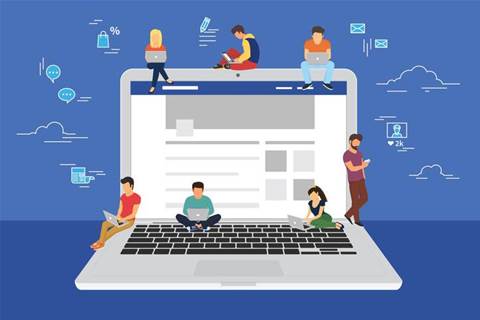 The basic idea behind Slack is to get all 'conversations' into a single workspace that's shared and searchable.

Another key aspect of Slack is that it was designed to integrate with other systems. Off-the-shelf integrations include the popular cloud storage services (Dropbox, Google Drive and more), CRM, videoconferencing, payment services (such as Stripe and PayPal), project management (Trello, for example), and many more – even Uber.

Tasks can be automated by via bots. Slack's own Slackbot answers questions about the program, among other things, third-party bots can perform tasks such as reminding you of colleagues' birthdays or delivering reports from databases, and custom bots can be created.

Slack supports video calling as well as chat. It can be used within a web browser, but there are also apps for Windows, Mac, Linux, iOS, Android and Windows Phone.

Restrictions on the free version of Slack limit it to 10 apps and integrations, searching no more than 10,000 messages, and one-to-one video calling. 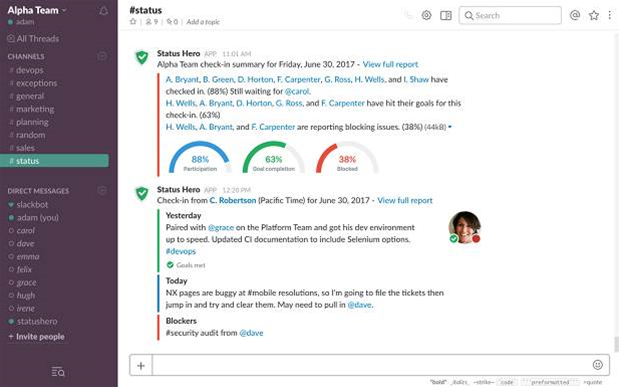 The Standard tier ($US8 per month per active user) removes those limitations and adds group calling with screen sharing, guest accounts, and shared channels.

The Plus tier ($US15 per month per active user) is aimed at the enterprise market, adding an uptime guarantee, single sign-on, user provisioning/deprovisioning, and more.

Lower prices are available if you agree to be billed annually.

A major drawcard of Teams is that it is integrated with other parts of Office 365, including OneNote, PowerBI and SharePoint as well as the more familiar tools such as Word and PowerPoint.

Certain third-party products such as Trello and Zendesk integrate with Teams, and Microsoft's developer tools provide a way to integrate other business processes. Similarly, standard or custom bots can automatically deliver information on a push basis or on request.

The Teams app is available for Windows, Mac, iOS and Android. 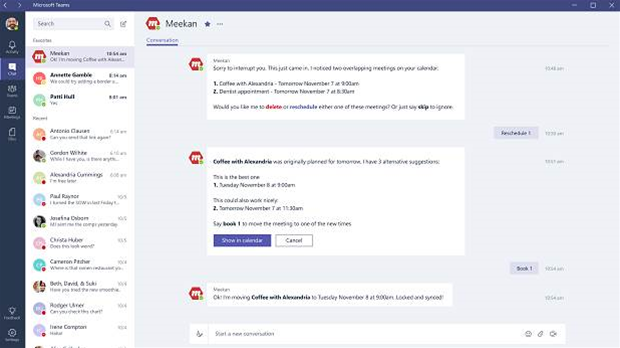 Teams is positioned as the successor to Skype for Business, although development of the latter has not ended.

Client apps are available for Windows, Mac, Linux, Android and iOS, and Stride is compatible with the major browsers.

An interesting feature is focus mode, which suppresses Stride notifications and activity for a chosen amount of time. At the end of that period, Stride presents a summary of what's happened while you were concentrating on a task.

Stride connects to other Atlassian products including Trello, Jira and Bitbucket, and integrates with third-party services such as Google Calendar, Google Drive and GitHub. It also makes provision for custom apps and bots. 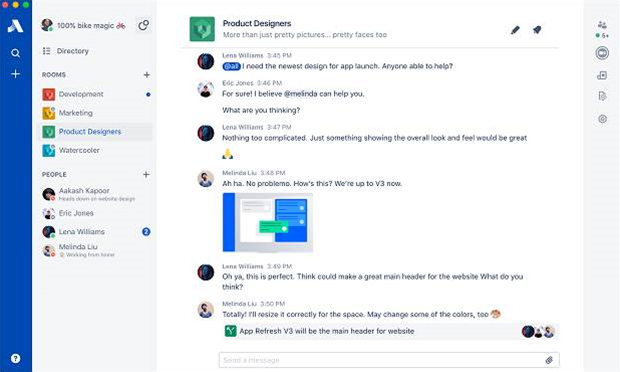 Stride is currently in early access form, which means you can sign up to participate in the trial but there's no guarantee you'll be accepted. Atlassian has yet to announce when the service will be generally available.

But prices have been announced. Stride's free tier provides for unlimited users, chats, messages, and voice and video meetings. File storage is capped at 5GB, message history is limited to 25,000 messages, and no more than 10 apps or bots can be used.

Atlassian's Identity Manager (normally $3 per user per month, but free during the early access period) can be used with Stride and other Atlassian products to provide single sign-on, and enforce two-factor authentication and password policies.

It makes provision for sharing information with the entire organisation or a specific team, and there's the option of multi-company groups when you need to involve customers or suppliers (providing they are Workspace users).

The news feed feature purports to deliver the most important information in real time.

Chat, voice and video calling are supported, as is Facebook Live Video for broadcasting events to the rest of the organisation. 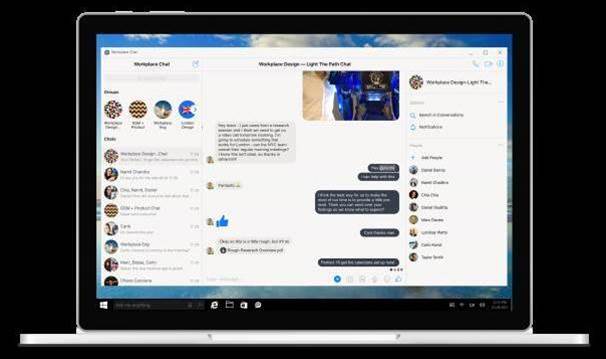 The standard version of Workplace is free.

The premium option – $US3 per user per month – adds management tools plus the ability to integrate with other tools, automate tasks and alerts. The total monthly charge is calculated on the basis of the number of active users within the organisation, not the number of seats purchased.