The 3000 doesn’t have a detachable keyboard like the Surface; it’s more like a conventional laptop except that the screen flips over 360 degrees. That makes it too heavy to hold like a standard tablet for lengthy periods, but it’s still much more flexible than a regular laptop. 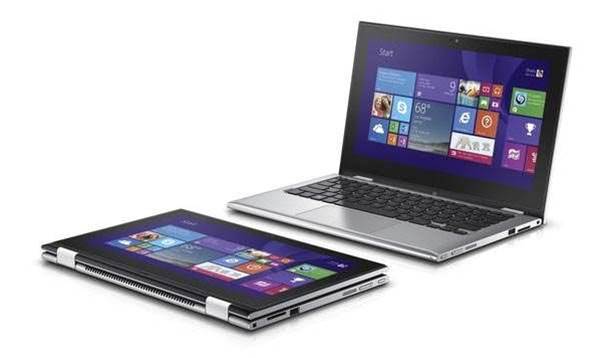 That said, with its 11.6-inch screen and weighing 1.39kg, it’s still an ultraportable laptop.

It’s not the cheapest 2-in-1, but we’d argue it’s the best value. While entry-level models typically come with just 2GB of RAM, 32GB of storage and low-end Intel Celeron or Atom processor, the 3000 offers 4GB of memory, 128GB SSD and option for a latest-generation Core i3 chip (for $100 extra).

That makes the 3000 suitable for much more than email and cloud applications – occupying a price-performance sweet spot between entry-level 2-in-1s and higher-end laptops. Its battery life is quite decent too.

The relatively small, low-resolution screen is a compromise, but overall the 3000 is quite a usable little laptop. It's also even better value than usual (at the time of writing), with Dell offering the 3000 for as low as $559 on the company's website.