Tips and traps for using social media for business 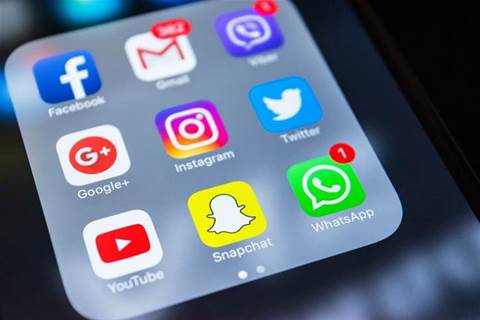 We talk to experts and business owners who are successfully using social media.

There's no doubting the popularity of social media. After all, somewhere between 60 and 70 percent of the Australians are now on Facebook alone. But can you use that reach to help your business and, if so, how?

That’s not a straightforward question to answer, so we talked to business owners who are successfully using social media, and asked social experts for their tips.

First, specialist retailers and a recruiter reveal their successes and learnings from using social media for their businesses.

Skate and scooter retailer Kick Push founder Darin Gersbach told Business IT that social media is one of the company’s main marketing channels, alongside an email newsletter and Google AdWords advertising.

“Instagram is by far our most successful [social channel],” he said. It is youth-orientated, and the company sees much more interaction there than it does on Facebook.

Gersbach’s suggestions for using Instagram start with ensuring you have interesting and pleasing photos. That might seem obvious, but we’re not all as good a photographer as we’d like to think. 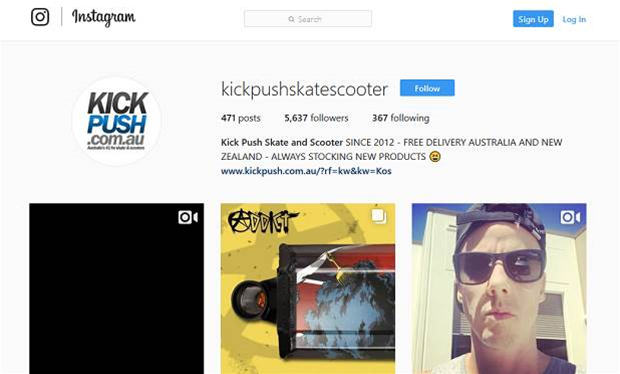 Other tips include actively engaging with the audience (such as asking them questions and inviting them to contribute), posting regularly and responding to any messages you receive.

Building follower numbers can be a challenge. Some strategies include collaborating with other brands (this is probably relatively easy for retailers such as Kick Push, as their suppliers are likely to be active on social media as well), and by working with ambassadors (in Kick Push’s market, that could be a skateboarder with a large social following).

But social media isn’t just about connecting with existing and potential customers – it also provides a way to research your competitors’ activities, he said.

Nor is it all about ‘organic’ reach. Paid Facebook advertising “is an extremely good way to connect with an audience” as you can specify age, location and other parameters, allowing you to tailor ads to suit the people that will see them.

Gersbach has been using Google AdWords advertising since he set up shop. “It’s a great tool to get started.” While he still uses AdWords, he notes that the cost has risen over time and organic social media and email newsletters are more cost-effective forms of marketing.

“An all-in approach [to social media] is a great way to go,” he said, meaning that businesses should address potential customers from many directions, using the most cost-effective channel to reach each subset.

“Social media is essential to our business,” furniture vendor Incy Interiors founder and CEO Kristy Withers (no relation to the writer) told Business IT. And she really does mean essential: “Without social media, I don’t think we have a business.”

Of Incy Interiors’ nine employees, two work in marketing and around three-quarters of their time goes on social media. “Everything we do, everything we think about, is driven towards social media,” she added.

Facebook is a good choice for its reach and ability to quickly respond to customers.

The company does have the advantage of getting started on Facebook before the recent algorithm changes, but Withers says businesses need to understand the present capabilities and work around any issues. “Anything to do with business... is a challenge,” so owners need to obtain expert advice or learn how to do things for themselves. “If you can, outsource,” she advises.

The next company we spoke to did indeed opt for expert advice.

Technology recruiter Affix founder and CEO Jarrad Skeen thought potential candidates were jaded with traditional recruitment agencies, and he saw social media as a way of improving engagement. In particular, Affix didn’t want to be seen “as just another source of noise.”

Skeen was determined to address what he saw as fundamental flaws in the recruitment industry, especially the part of it that tries to serve the high-growth technology sector. It was therefore important to communicate the relatively new (est 2015) company’s points of difference, otherwise Affix would be regarded as just another player in an already crowded market.

LinkedIn is ideal for B2B and recruitment.

“We want long-term relationships,” said Skeen, observing that although that’s what the recruitment industry in general says, it doesn’t behave that way.

While the company had plenty of ideas for using social media to that end, it lacked the time needed to implement them and also saw the advantage of a review by a fresh set of eyes. So Skeen turned to Bench PR for assistance.

Bench’s social media expert Kimberley Lee explained the importance of understanding the audience in order to work out what they want to hear from you – which is not necessarily what you thought you wanted to tell them.

Skeen and Lee researched the habits of people in various specialities (software engineers, data scientists and so on), and found “they all hang out in different spaces,” he said.

So over the last six months they have been planning different types of content to suit different social media platforms in order to reach these different audiences. All of our content focusses on ‘finding your happy place at work,’ said Skeen.

Lee observed that Affix has now built up a presence on each channel, and is in a good position to determine exactly what the various groups want.

Asked about the return on investment, Skeen said Affix regards this as a long-term effort aimed at overcoming the industry’s poor reputation. Access to talent is the number one challenge, so the focus is on brand awareness and engagement. The hope is that making a meaningful contribution to the community will result in Affix being regarded as a genuine alternative to traditional recruiters.

“Social [media] is the greatest way to communicate with a broader audience” about that difference,” he said.

Using social media isn’t going to change your business in a month or two – “it’s a long-term investment” that involves testing different tactics. “Be prepared to be human, and be yourself,” he advised, because if your content is the same as your competitors, you’ll be put in the same category as them. Rather, be authentic, and speak to a premium offering with humanity.

Or as Lee expressed it, a business’s use of social media should reflect its reality.

Affix is seeing increased social media engagement levels (one example is the response to content about workplace benefits) and increased website traffic. Twitter impressions are up 462 percent, with page visits up 130 percent and engagement up 50 percent, while LinkedIn engagement has doubled.

Skeen isn’t yet ready to claim a causal relationship, but he sounds optimistic.

Next: experts’ tips for using social media for businesses