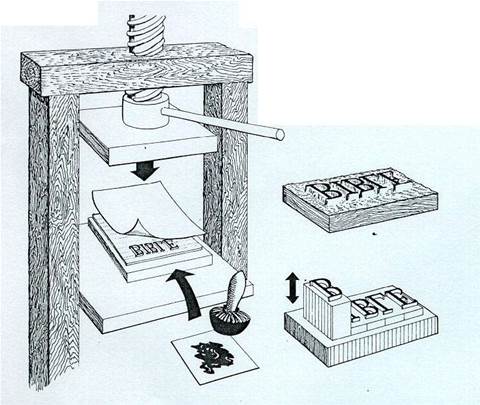 Page 2 of 4  |  Single page
Lasers, jets and dots
The technologies behind the two main forms of printers are not only fascinating, but indicate where each technology fits within the office. Good quality inkjets may play some kind of role, particularly for photographs, but it’s laser printers that make up the lion’s share of business printers.

I have read and accept the privacy policy and terms and conditions and by submitting my email address I agree to receive the Business IT newsletter and receive special offers on behalf of Business IT, nextmedia and its valued partners. We will not share your details with third parties.
The reason why laser printers are so suited to businesses comes down to how they handle text printing, and how they cope with quantity. In a nutshell, laser printers work by using a laser (or, more recently, LEDs) to magnetically ‘draw’ the image on a rotating, statically-charged printing drum. Toner is then applied to the magnetised parts on the drum, which subsequently prints the image on the page. The process is very fast, particularly for black and white documents, and more importantly, the process is more cost efficient than inkjets (more on that later).

Not only do laser printers handle high volumes, they also excel at producing text documents. This comes down to the toner being ‘fused’ to the page, rather than being absorbed by the paper. This latter method is used by inkjet printers, which can result in a slight ‘bleed’ around finely detailed elements like text. As inkjet printers continue to evolve, these discrepancies are becoming less distinct.

Despite the relative inferiority of inkjet printers when it comes to text and speed, the technology is well suited to high quality colour printing. Various paper types and ink ranges mean you can produce high-gloss, professional photos with comparatively cheap domestic grade printers. But where inkjets can play a role in the home or in niche business situations, it shouldn’t be used simply because your require colour in your documents – for that, a colour laser will likely suffice.

Common to all printers, however, are two (sometimes poorly explained) specifications: the printer’s resolution and its page-per-minute rating. The resolution, measured in dots-per-inch (DPI) is like the resolution on a monitor or TV, where the higher the resolution, the more detail can be squeezed onto the page – and similarly, a high resolution can be overkill where the detail is not needed. Some manufacturers use special resolution ‘enhancement’ techniques to increase the resolution beyond that of the image being printed. The other key specification is the pages-per-minute, which is a nominal, manufacturer-specified figure that’s usually quoted for colour and mono pages. The observed PPM rating can vary wildly from the quoted spec, so always look for independent tests like those found at PC Authority Business. 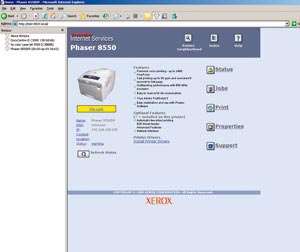 How do I find and share printers on a network with Windows PCs and Macs?
This is not as simple as it sounds, due to Windows not always playing so friendly with non-Windows computers. Fortunately, the solution is simple, coming not from Microsoft, but Apple itself.

Apple’s free Bonjour application lets you discover printers on a network without pre-configuration. Essentially, this means that any printer on the network can be accessed by a PC or Mac without installing drivers or hunting down the printer’s IP address.

Installing Bonjour on a Windows PC is easy. Just download the file from www.apple.com/bonjour, double-click the installer, and you’re away. It will automatically reconfigure the Windows firewall (it will tell you if it does so), but if you’re running another firewall, you’ll need to open up a UDP port at 5353.

Once installed, Bonjour offers two features. The first is a printer wizard, letting you select any printer on the network to print to, and even let you choose which print driver to run. The second feature installs a plugin in Internet Explorer, showing you which printers can be accessed via a HTTP interfaces. This last option is handy – with a simple click, the sidebar opens up to show any device with a browser-based administration interface – giving you instant access to your printer’s status.
Previous PageNext Page
1 2 3 4 Single page
Tags:
hardware imaging printing
By Ed Dawson
May 1 2007
3:36PM