The trends driving Australian businesses to bundle and aggregate services 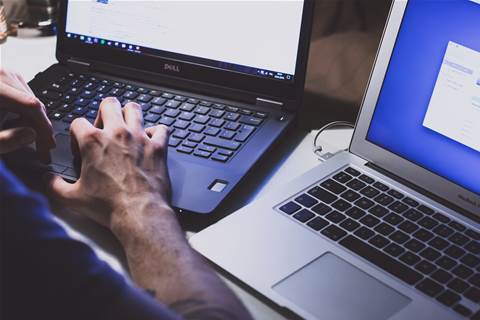 The concept of aggregation isn’t just applicable to multiple network links.
Photo by freestocks on Unsplash

As IT environments and networks become more complex, businesses are increasingly after a simpler  and more unified experience.

IT and complexity often go hand-in-hand, even more so after the range of responses required of businesses over the past two years.

As Deloitte noted recently, “Complexity is here to stay. Hybrid work environments have become a fixture, the cloud is growing in importance to almost every type of enterprise and as devices and applications evolve, they are evermore connected.”

Inevitably, these environments make use of a greater number of networks, particularly in the last mile, to be able to provide an end-to-end product or service.

This is also industry best practice.

Certainly, there’s a perception that organisations running complex hybrid work environments need to distribute their workloads and traffic across multiple providers and diversified routes for the highest resilience and insurance against downtime and latency, which can otherwise curtail productivity.

This thinking is right: diverse routes and providers are a good idea, particularly today when people are working flexibly from anywhere, and have a heightened sensitivity to problems that may make them hard to reach or otherwise impact their ability to work.

But as complexity grows, there is a growing desire to abstract more of that complexity away - and on this, several strategies have emerged.

On the network side, some of this is occurring through the adoption of technologies like software-defined wide area networking (SD-WAN), which acts as an overlay on transport services like MPLS, LTE and broadband and works intelligently to prioritise traffic routes.

Increasingly, though, simplification is also being achieved via sourcing arrangements, with national network aggregation now viewed by many organisations as a path to restructure network operations and management.

It has become desirable to leverage multiple services from multiple vendors while engaging and contracting through a single party.

A national network aggregator and service provider is able to provide this simplified sourcing structure, distributing services across diverse routes, while offering customers the luxury of a single network and a single point of contact on an ongoing basis.

Finding the root cause of performance issues

Integrated sourcing arrangements such as bundling and network aggregation have sometimes been sold in the past using the somewhat crude ‘one throat to choke’ expression.

That is based on an old sourcing construct; these days it is fair to say customer and provider arrangements are much more partnership-driven.

It is in the interests of the provider to do all they can to optimise the customer’s experience, including by using intelligent systems to pinpoint the root cause of connectivity or performance issues in complex multi-vendor systems, and to escalate or mitigate accordingly.

Today, the root cause of performance issues can be difficult to pin down. Network teams are expending considerable energy running through logs trying to diagnose what is causing a performance degradation experienced by users, knowing it could be anything from a connectivity issue to a problem with the application or the user’s device.

It can be quite a lengthy process to figure out the right party to approach and open an incident support case with.

Organisations that aggregate network services under a single provider structure don’t have to spend time diagnosing and pinpointing performance issues. Instead, they either call the single service provider, or - in an increasing number of cases - the provider notifies them in advance if a degradation issue starts being detected.

Network aggregators have built their backends in such a way that they have end-to-end visibility of a connection.

Owning and controlling most of the end-to-end connection and backend infrastructure helps aggregators in this sense, as does maintaining direct lines of communication with the network operations centres of any providers whose services are also used by the customer organisation, such as a cloud or software-as-a-service provider.

As organisations try to simplify their operational models and architectures further, they are also starting to bundle more than just network services together.

Bundling and aggregation go hand in hand. Alongside aggregating a lot of vendors and infrastructure together, a good aggregator is also able to simplify sourcing, management and operation of other parts of an end-to-end solution so that the outcome the organisation wants - such as lower-latency application performance - can be achieved.

In other words, the concept of aggregation isn’t just applicable to multiple network links. Increasingly, it is about bringing together the whole stack holistically into a unified network that one provider manages and takes responsibility for.

The Somerville network aggregation model is a vendor neutral, multi-link, multi-carrier platform that operates independently to provide the flexibility needed to find the best connectivity service mix for cloud-based business environments according to location, performance and connectivity requirements. Organisations that use it are able to access matched download and upload speeds via a mix of large capacity links from the nation’s largest carriers, and are guaranteed low levels of latency in order to do business. They also gain access to a single point of contact that can answer any queries they might have.

We expect to see the use of Somerville’s network aggregation model - and others like it - grow as businesses address IT complexity into the new year.

Oshadha Ranaweera is Manager for Connectivity Services WAN and ISP at Somerville.