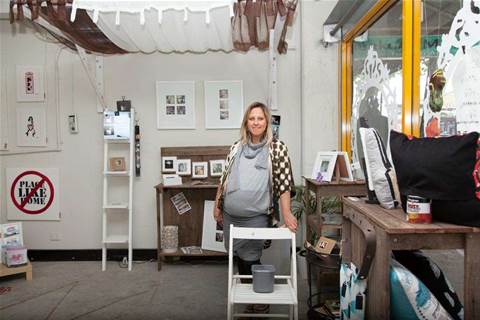 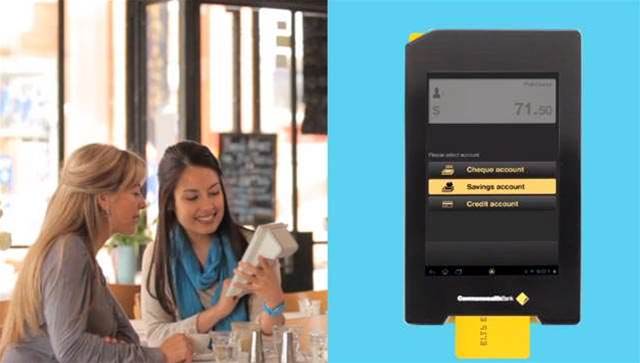 Not content to sit at the end of the chain any more, banks are extending their reach into their customers’ IT infrastructure.

Pi is the foundation on which the bank’s technologies reimagine in-store commerce; first among which is “Albert”, an iPad-lookalike to replace cash registers.

“It will transform the retail industry at the point of sale and make things possible that people are just dabbling with now,” Rosmarin says.

“Retail customers grasp the concept and the open platform that allows them to do other things than take payments.”

CBA has 450 app developers who will distribute through its AppBank and expects solutions, such as a bill-splitting app for restaurants, to roll out next year.

Devices such as these blur the lines between B2C and internal systems – she says another app turns a shopkeeper’s inventory into an Albert catalogue from which customers can buy while in store.

The same concept applies to B2B transactions, with apps to allow suppliers to top up their retailers’ stock levels.

CBA integrates with cloud accounting and loyalty will be a big component. And, because the business logic is in Albert, it makes it easier to deal with different devices, she says.

The recent elongation of the iPhone 5 means CBA’s “Leo”, which turns it into a merchant terminal, has to be recast but will also be available next year.

Square out of the box 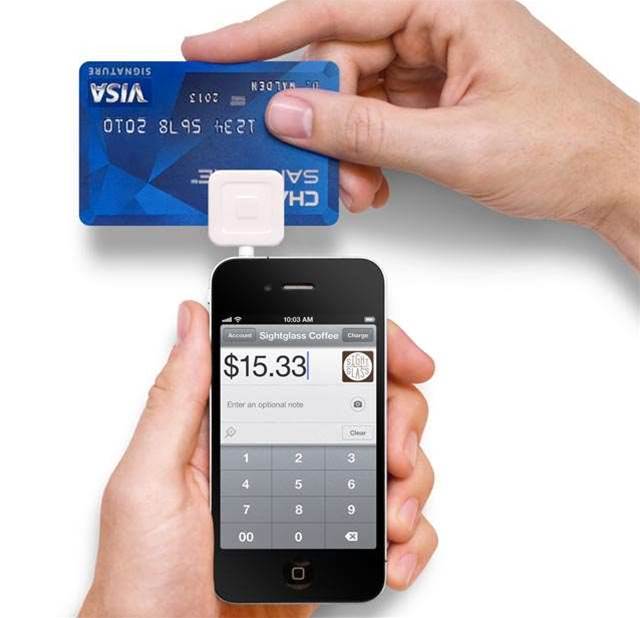 In the US, Square is a startup built by Twitter founder Jack Dorsey that turns a smartphone or tablet into a payment terminal.

Square takes a cut of 2.75 percent to 3.5 percent of the transaction and, while it lacks readers for smart cards and near-field communications (“Wave and Go”), its minimum viable proposition of a magnetic-stripe reader makes it attractive to most small shop owners such as Fox or market stall holders.

Square could be set for a launch in Australia, as Starbucks has invested $25 million in it but, more importantly, will take Square payments at its 7000 locations worldwide.

And although the lion’s share of the income passes back to the credit card companies, what Square learns about customer behaviour may soon surpass that known by loyalty cards.

Square rolled out analytics and discovery tools to merchants a couple of months ago, which allows them to break down sales by the hour to see which shifts are most profitable.

“We want to solve problems that are universal and we’re reviving commerce from a payer and merchant perspective,” Square chief operating officer Keith Rabois told GigaOm. “Our vision is to fill out the entire package and it just works out of the box: payments, analytics, loyalty, inventory management we do so you don’t have to think about it.”

From the shopper’s perspective, analytics is a shortcut to special deals, recommendations and lower prices.

But perhaps one of the most attractive aspects of analytics for retailers is the promise to compete with e-tailers by offering geolocated offers, say, for pedestrians passing by their stores, for location check-ins or smarter routing to and inside their shops.

StreetLight Data, is a US startup looking to do for bricks and mortar retailers what web analytics did for Amazon. It uses the “exhaust”– or not-quite-realtime data – from mobile phone companies, says founder Laura Schewel.

“We have very little information about how people are using cities,” Schewel says. “When you compare what we know about transport data versus online data, it’s absurd.

“It was clear who had the most to gain – real-world stores. Every vice president of marketing knows the value analytics brought to e-commerce, but there’s nothing remotely comparable” for bricks and mortar.

Schewel’s breakthrough is learning who passes stores, what they earn and their trip frequency to allow retailers to customise offers to lure them to break their trip. The data is “completely anonymous – no names, addresses or phone numbers”, she says.

“Outdoor signs are a big application for our data.”