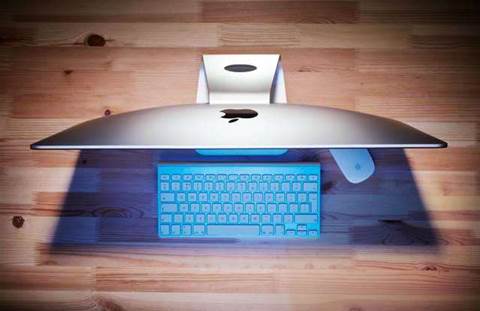 Anthony Caruana explains how he uses Evernote in the quest to create a paperless filing system for his home office.

Software is the glue that joins the hardware we chose for our quest to go paperless with the filing system we chose.

The key piece of software we are using is Evernote.

Evernote is well known as a tool for capturing unstructured information. When we're doing research, we'll use it for capturing notes, photos, bits of web pages and all sorts of other random data.

However, Evernote has several other interesting properties. It can receive scanned input. In particular, there is some specific integration between Evernote and Fujitsu's ScanSnap scanners that automates scanning some types of documents.

However, even when a scanned document doesn’t fit into the four categories Evernote deals with automatically, filing a new document takes a second or two.

In addition, any documents we want to file from email can be easily forwarded to Evernote using its ability to receive document by email. And we also liked that we could photograph receipts while traveling using a smartphone or tablet.

In other words, even though we have the ScanSnap scanner, we could easily input documents from other sources. This gave us lots of flexibility.

Although the basic version of Evernote is free, to get the full value we upgraded to Evernote's premium service. This means that the documents we scan, which are stored as PDF files, can be searched. For example, if we scanned a receipt for a new computer we are able to search on words in the receipt such as the make and model. This makes finding a specific receipt very easy.

The other thing about Evernote is that of we decide to swap to a different system later, it's quite easy to export all of our scanned content so we're not locked into a specific system.

You'd think business cards would be fading away now that we can easily exchange details using LinkedIn or apps that make it easy to send information electronically. But there remains a ritual behind the exchange of business cards.

We've looked at methods of scanning business cards before and really like the Evernote Hello app in particular. So, how does the Fujitsu ScanSnap stack up?

The scanner shipped with an application called CardIris (we're using a Mac). To be frank - we don’t like it. It struggled to find the right details on many cards we tested it on - we scanned a stack of about 100 cards with it. And the Optical Character Recognition which converts the scanned cards into text so the details can be easily transferred to an address book, made a lot of errors.

It was faster than manually rekeying the information but other solutions we've tried delivered much better results.

The ScanSnap Manager software lets you control how the scanner operates. Most of the time, we leave it to simply send everything to Evernote. However, we've also used the ScanSnap scanner to capture photos and send them straight to our photo library.

Another handy function is the ability to scan printed copies of documents and spreadsheets and send them straight to Word or Excel respectively. This has been a huge timesaver on a couple of occasions when we've needed to extract content quickly from a piece of paper. We can also scan a document and send it straight to our printer, making the ScanSnap into a desktop photocopier.

Are you ready to go paperless? What's stopping you? We'd be interested to hear of your experiences in the comments and receive any suggestions on how we might make our processes more efficient.