The case against moving to the cloud 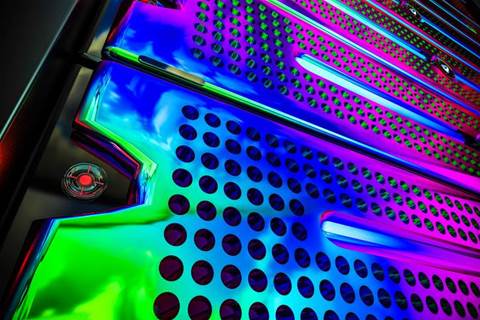 Are you better off keeping your hardware and software on-premises? We explain when you should.

For a growing number of small and mid-sized businesses – and large enterprises, for that matter – cloud has become the default choice for new and replacement systems. But there are situations where it makes sense to keep your data and IT infrastructure on site.

“A lot of people are making the mistake of thinking everything's going into the cloud,” but in reality there can be good reasons for continuing to run your own systems, said Gartner research vice president Michael Warrilow.

The old rule that “if it ain't broke, don't fix it” applies to on-premises systems, he observed. Change almost inevitably means (hopefully short-term) disruption and transitional costs, so you need to be sure there will sufficient benefit to more than compensate.

The cloud may actually cost more

For many small businesses with fairly simple requirements, it would be hard to see the financial benefit of moving to the cloud in a big way. Operating systems and applications are largely self-updating these days, and a network-attached storage (NAS) appliance provides a cheap and easily managed way to share files – even when users are away from the premises (a point we’ll explain in another feature soon).

Also, a 12-month subscription to a cloud application can cost as much as a perpetual licence to an equivalent program. And after all, you still need devices such as PCs or tablets as well as a router and other networking equipment whether you run applications locally or in the cloud.

We’re not suggesting there are no advantages to software-as-a-service and other cloud services (and we’ll cover those advantages in a feature next month). However, you can easily end up paying more to enjoy the benefits of cloud services – and in some cases conventional on-premises systems may be all you need. It’s certainly hard to justify running some applications – such as mail servers and web servers (and their associated databases and so on) on premises.

Security, privacy and confidentiality may be reasons for preferring on-premises systems to their cloud equivalents, but you need to be talking in terms of the plans for the Death Star or the recipe for Coca-Cola for them to be valid, Warrilow suggested.

There are privacy-related regulatory issues for some industries, notably financial services, he conceded, but they tend to be around a lack of clarity about what is permissible rather outright prohibitions.

We’d also ask how many small and mid-sized businesses are able to do a better job of security than the big cloud providers and their smaller and more specialised kin.

But there are some very practical issues that can make on-premises a better idea than cloud.

Manufacturing systems may rely on real-time operation, which cannot be assured if the hardware isn’t on site, warned Warrilow.

Some locations still suffer from a lack of (affordable) connectivity: “[Data] egress costs are borne by the consumer” of cloud services, so you need to pay for sufficient bandwidth, though the good news is that obtaining that bandwidth is becoming less of an issue except for the most data-hungry functions such as animation and spatial applications, said Warrilow.

Latency (in this case, the time it takes for data to travel between your premises and a cloud provider’s data centre) is a bigger problem. This is particularly true for businesses in WA, he observed, as most domestic cloud services run in data centres on the east coast.

If the time it takes data to travel the approximately 4000km between Perth and Sydney is a problem, think how much worse it would be if it has to travel at least 72,000 kilometres via a geostationary satellite. It's not just that a particular exchange takes longer, generally speaking increased latency makes it harder to take full advantage of the available bandwidth.

So, don’t just assume you should be moving your systems into the cloud, or that you must keep them on premises. Think carefully about what you are trying to achieve, consider the pros and cons of each approach, and make a conscious and rational decision. Don’t fall into the trap of thinking that everything is a nail just because you have a hammer.