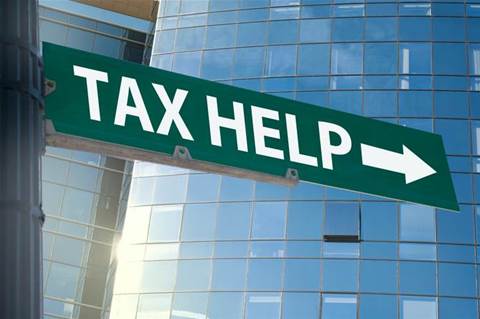 With the end of financial year fast approaching, a tax specialist explains the good and bad news for businesses.

Some familiar EOFY tips have particular relevance this year – and there have been some significant changes that businesses need to be aware of, according to H&R Block tax communications director Mark Chapman.

One of the good pieces of news in this year’s Federal budget was the extension of the $20,000 immediate write-off for small businesses. This allows eligible businesses to treat capital items costing less than $20,000 as an immediate expense instead of being required to depreciate them over a number of years.

An important change is that this concession is now available to businesses with turnover of up to $10 million rather than the previous limit of $2 million. This means tens of thousands of additional businesses can use the immediate write-off, Chapman said.

“This is probably the best time to take advantage [of the immediate write-off],” because there are lots of EOYF bargains around and there are cashflow advantages in spending the money closer to the time that tax payments have to be made.

A recent survey conducted by H&R Block in association with Officeworks found that around two-thirds of small businesses are not fully aware of this tax break and have not utilised it to its full extent, he said.

Yes, it can apply to larger purchases

One particular misunderstanding is that the provision cannot be applied to purchases costing $20,000 or more (for example, if you buy a $30,000 item, you can’t deduct $20,000 and then depreciate the rest). However, the $20,000 limit applies per item, not per purchase, so if you buy three identical $10,000 pieces of equipment at the same time, you can write all three off immediately, he said.

So it is a good opportunity to buy desktops, notebooks and phones costing more than $1000, which would otherwise have to be depreciated rather than deducted – although Chapman did point out that the immediate write-off will also be available in the 2017-18 financial year.

The usual advice about bringing forward deductible expenditure as a way of reducing net income still applies. Presumably that could be combined with the immediate write-off provisions – so even though the write-off will still be available next year, there may be some additional advantage in making planned purchases before the end of June.

Chapman also suggested those with incomes over $180,000 should consider deferring some of their income to 2017-18, because the 2 percent deficit levy ends on 30 June 2017. This could legitimately be done by calculating bonus payments for 2016-2017 in July rather than in June, or (particularly for sole traders) by not sending invoices until July, he said – and such actions are unlikely to raise any red flags at the ATO this close to the end of the financial year.

Companies should beware of falling foul of the “very complicated tax rules” known as Division 7A, he said. This concerns payments made to shareholders or associates that are not salaries or dividends, and tend to occur when owners do not maintain a clear demarcation between the company’s money and their own.

Chapman recommended getting advice from an accountant to make sure such payments are treated correctly. Possible actions include arranging for the repayment of the relevant amounts, or making them subject to a formal loan agreement.

“Doing nothing is not a good option,” he warned.

Finally, last week the ATO announced a change to franking arrangements for companies subject to the small business tax rate. Previously, the maximum franking credit that shareholders could claim was 30 percent franking rate, even though the small company tax rate was 28.5 percent. The change means that dividends paid in the 2016-17 year have a maximum franking credit of 27.5 percent, the same as the tax rate.

It doesn’t make any difference to the amount of tax payable by small companies, but if they have already paid dividends in the current year, they will need to adjust their franking accounts to reflect the correct amounts, and notify shareholders the correct dividend and franking credit amounts, either in the form of a letter or email, or by sending revised distribution statements.