Technology and legal traps for franchisees 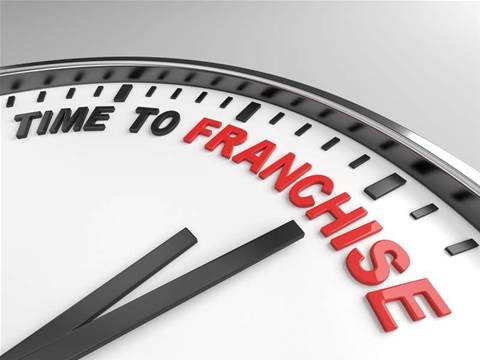 Thinking of buying a franchise? Three experts explain how to avoid potential technology and legal problems.

Each year, thousands of Australians decide the best way to launch their new business ventures is to leverage the existing reputation, brand strength and know-how of a franchise.

However, there can sometimes be confusion around which systems and software are provided as part of the agreement, and what the franchisee needs to source themselves. There are also some legal issues that can ensnare aspiring business owners if they’re not careful.

To help you on your franchise journey, BIT spoke to three franchising experts about the key legal and technology issues you need to be aware of before you sign on as a franchisee.

What comes in the package?

One of the first questions many people face when they begin their business is what technology is provided as part of the franchise and what tools you need to source yourself.

For example, your franchise fees might cover your point-of-sales system, but are accounting and office applications included?

The answer will vary from brand to brand and industry to industry.

Franchise Legal principal solicitor Ilya Furman told BIT as a general rule of thumb, the level of technical support you can expect will depend on how large and well-established your franchise system is.

“It depends on how established and sophisticated the franchise system is. If you’re buying something like a McDonald’s, my understanding is that all of the systems and all of the technology is likely to be centrally provided.”

Especially in sectors like retail, hospitality and fast food, the point-of-sales terminals and related software is often supplied through the franchising system.

According Hall & Willcox partner and franchising expert Bruce McFarlane, this can make life easier for franchisees, but the arrangement is mainly designed for the benefit of franchisors.

“Most of the systems that I’ve seen have a high-level of transparency and that tends to benefit the franchisor. So whether that’s in financial reporting, point-of-sales or things like that, it makes it harder for the franchisee if they think they’re going to keep anything from the franchisor,” McFarlane said.

“In terms of protection of the franchisee, most of the time it makes things more efficient for the [franchisee] and allows them to spend more time working with their customers or clients rather than dealing with the back office and reporting back to the franchisor.”

Online training and induction platforms for new franchisees and their staff are also often provided through franchising systems, according to Amy Renae, who is the director of operations at point of sales software vendor Shift8.

“There’s also generally a platform where franchisees can procure pre-selected or pre-approved products, and that helps with group buying,” Renae said.

“Branded email addresses are generally included, and increasingly loyalty apps or programs are part of the systems as well. There might be some hardware requirements or a contribution to a levy around that.”

The bad news, in business technology as in life, is that there’s no such thing as a free lunch. Whether it’s included in the upfront fee or something that needs to be purchased separately, ultimately franchisees pay for the technology they use.

According to Renae, an IT levy – similar to a marketing levy – over and above the standard royalty is an option increasingly favoured by franchisors looking to recoup technology costs from members.

In other cases, a franchisor might request franchisees go to a designated third-party supplier for a particular category of software or device. For example, they might request that franchisees use MYOB rather than Xero, or Google Docs instead of Office 365.

“Some franchisors will have a preferred accounting system partner. That might be because they’ve got a great group rate, or they have someone from the system who can induct new franchisees into using their system,” Renae said.

There are also legal issues that need to be considered.

In particular, Furman warns that in some cases, franchisors who insist that franchisees purchase a particular technology product through a third party could in some cases be falling foul of an aspect of Australian competition law known as ‘third-line forcing’.

“Our competition laws want to prevent arrangements where person A says to person B that I will sign a contract with you on the basis that you must buy products or services from person C,” Furman said.

Furman said there is two aspects to the friction that can occur between franchisees and franchisors as a result of such arrangements.

“Firstly, there’s a franchisor's desire for consistency among their franchisees. It’s just like if I want all my burgers to be the same, one of the ways to achieve that is to make sure everyone uses the same bread,” Furman said.

“The second issue is financial. If I’m the franchisor of 100 stores, I have a substantial opportunity to earn rebates by going to a large supplier and saying ‘I will have 100 stores buy products from you if you rebate 2.5 percent of their spend to me’.

“These two issues cause a great deal of friction between franchisors and franchisees, because the franchisee wants the lowest costs, while the franchisor wants consistency and possibly a rebate from a common spend.”

Furman said that there are strategies franchisors can take to address the issue of third-line forcing.

“That might be by [the franchisor] selling the product themselves [to the franchisee] directly. They can also submit a notification through the ACCC and – if the ACCC put forward an objection – they can be granted immunity under the third-line forcing laws,” he said.

Final advice before signing up

The experts BIT spoke to also had other advice for potential franchisees about to sign an agreement.

“Research is the best thing. Make sure you talk to other business owners about their experiences with an IT provider or vendor, because while the franchise market can look very lucrative to vendors, it needs to stack up,” Renae said.

Furman said that franchisees need to do their due diligence and to shop around to see whether pricing arrangements for technology in franchise systems are competitive.

“When prospective franchisees come to us, one of the things we do is a search of the ACCC notifications register. Outside of doing that search, a franchisee can’t determine whether that franchisor has any disclosed third-line forcing arrangements for which they have immunity,” Furman said.

At the same time, Renae warns that in this day and age, franchisees need to be aware that technological change is an inevitable part of running a business.

“Technology is moving very quickly, and what was considered cutting-edge five years ago is now considered old tech. So franchisees should be open minded when their franchisor presents you with change. Change can be difficult, but it’s necessary for the brand to keep its customers happy,” she said.

Finally, McFarlane said that there are a number of critical questions franchisees need to ask before they autograph any paperwork: