Tech in your business: How an architect is using 3D printing 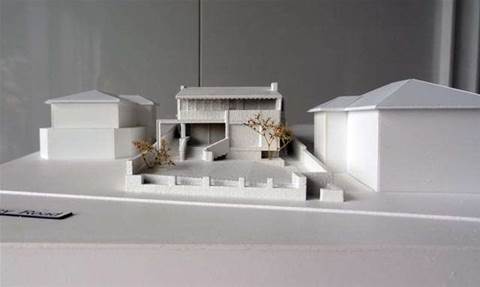 In the business of designing buildings? Here is one example of how 3D printing might help.

[As part of BIT's mission to help you understand technology that can help you do your job and grow your business, we bring you this article on 3D printing for achitectural firms. The article was originally published by CRN magazine]

I have read and accept the privacy policy and terms and conditions and by submitting my email address I agree to receive the Business IT newsletter and receive special offers on behalf of Business IT, nextmedia and its valued partners. We will not share your details with third parties.
Any Dimension director Scott Thompson says his company is taking on more and more work in the architecture industry as falling costs make 3D printed models a more viable proposition.
Why 3D printing? 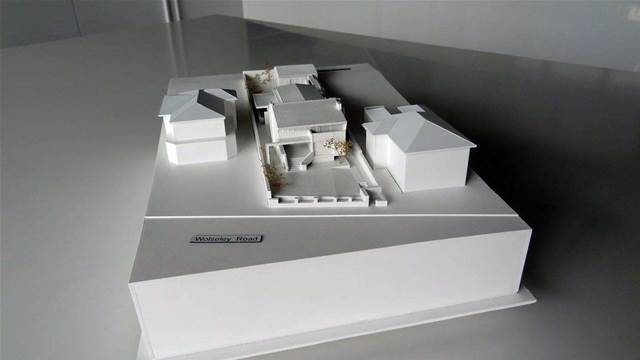 Click to enlarge
Graduate architect with Heather Buttrose, Joseph Lombardo, says the firm’s customers are often better able to understand the design proposition by looking at 3D models as opposed to two-dimensional drawings.
“Many clients don’t have a clear idea of how to read architecture drawings,” he says.
3D models on the other hand allow customers to understand what’s going on via a process of so-called “haptic” learning, or learning by touching.
Lombardo says 3D models have also proved more effective in seeking council approvals, especially for designs that may be more ambitious or unorthodox.
“3D models help to get approvals; they help to more clearly define what it is we are proposing,” Lombardo says.
But moreover they represent a new and highly marketable service that the firm provides, without the onerous costs and time associated with making models manually using cardboard and glue.
“It’s not only very labour intensive to make models by hand but there can be inaccuracies,”
he says.
Lombardo says that the firm will now often present clients with more than one 3D model of the proposed project.
“We can tailor models so that, for instance, site boundaries are cut out, or alternatively models show more of the environmental context.”
Quality control 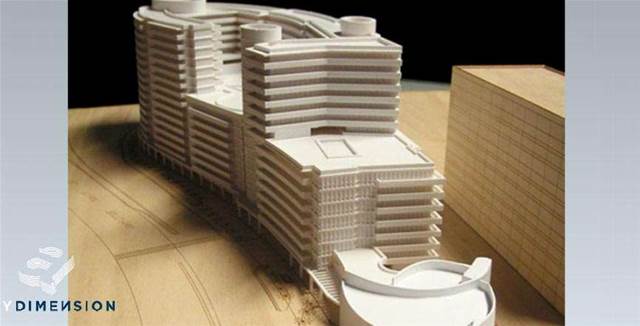 As Thompson explains, part of the business proposition for Any Dimension is the treatment of 3D files to ensure they are accurately translated into 3D objects.
In the case of Heather Buttrose, he receives the files in email form from Lombardo. Any Dimension then sends the files to a team of software engineers in India who ensure they are correctly formatted before sending them back to Sydney.
Thompson says the file formatting is 30 percent cheaper in India. “We couldn’t do it in Australia.”
And as for local architects, doing it themselves, Thompson says he has seen some attempt it but typically without much success.
“I’ve seen architects that have bought their own 3D printers but they have had trouble printing stuff out.
“Things have to be drawn perfectly and problems that might not show on 3D drawings can result in errors when it comes to making the models.”
Once the files return from Any Dimension’s staff in India, they are uploaded to a ZCorp 650 3D printer – ZCorp was recently bought by its US rival, 3D Systems – which typically takes a few hours to create each model, which are then sent to the client.
The opportunity 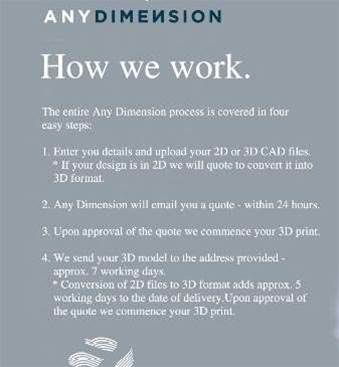 Detail from an Any Dimension slide
For Heather Buttrose, the price point and service offered by Any Dimension has provided a boon for the business.
“This is the first technology that’s allows us to translate the old school art of 3D model making into an actual financial opportunity.”
Lombardo sees the arrival of affordable 3D printing in architecture and other fields as coinciding with the general commoditisation of many products and services, resulting in far greater expectations in terms of both quality and cost.
He says the models, especially the smaller ones, are real things of beauty and the firm’s clients react very positively to them.
“The small models are like jewellery. Any Dimension has mastered the finer detail.”
Copyright © BIT (Business IT). All rights reserved.
Tags:
3d any dimension architecture australia business cad hardware heather buttrose model printing
By David Binning
Dec 3 2012
1:59PM