Successful digital transformation can be a DIY affair 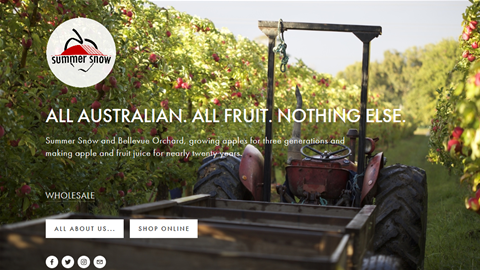 Juice maker Summer Snow couldn’t find the right applications for its needs, so it built its own using FileMaker.

There’s no shortage of software and service providers that can help businesses undergo a successful digital transformation to improve internal processes, efficiencies and customer experiences. But what if you can’t find software that’s suitable for your business? It is possible to create your own business applications, as juice maker Summer Snow has done using FileMaker, the database development tool with a graphical user interface.

Nick Russo is part of the third generation of his family to run Bellevue Orchard in Officer, on  the south-eastern fringe of Melbourne.

Australia Day 1998 was a key date in the history of the business: a severe hailstorm – “it looked like snow on the ground” – devastated the crop, so Russo’s father and uncles decided to salvage the apples by turning them into juice, hence the brand name Summer Snow.

At that time Russo was working in web design, but around ten years later he was invited to join the business alongside his sister Bernadette.

“The juice was really starting to take off” at that time, he recalled, and it has continued to grow. The company now operates three presses and two bottling lines, with storage capacity for 300,000 litres of juice and 200,000 litres of vinegar. Dehydration equipment is being installed to make use of what has previously been waste material from the juicing process. In addition to Summer Snow juices, the company also produces apple juice for certain other companies.

But when Russo joined the company, the administrative side of the business was experiencing growing pains. Invoices were hand-written, and subsequently entered into MYOB by a part-time bookkeeper. No inventory codes were used, so there was no way to determine which products provided the biggest margin, or which customers were the most profitable.

He had used FileMaker back in his schooldays, so he bought a copy and developed an invoicing system with all the features he wanted. It also printed stacks of printed invoices for the bookkeeper to key into MYOB, though that approach was later replaced by generating a file of new invoices in a format that could be imported into the accounting software.

Russo only expected this to be an interim solution while he hunted down the right software for the business, but that's not how it panned out. He subsequently added a scheduling system to handle fruit purchasing and tracking (and to pay Bellevue’s pickers), and eventually realised the ideal software didn’t exist.

So he upgraded to FileMaker Server “and haven’t looked back,” he said. His homegrown system was extended to provide all the facilities he needed, including booking couriers to collect shipments from the orchard and juicing plant.

“Everything we do is bespoke here,” said Russo. “I’m a big fan of FileMaker.”

It covers all the day-to-day operations such as generating daily running sheets that include all the necessary information such as the recipe for the particular type of juice that's to be made. Each department - including filtration, washing, bottling and delivery - gets its own running sheet each day.

Being able to display exactly the information needed by all parties has improved communications with customers and suppliers, he noted.

Customers who have their own juices made by Summer Snow can manage the process remotely. They specify the recipe, and staff at the juicing plant capture all their actions on smartphones so a summary can be sent to the customer at the end of each day. One customer said he gets better communication from Summer Snow than he did from the local supplier he previously used.

Invoices are still generated by Russo’s FileMaker-based system, but are now transferred at the click of a button to Xero for finalisation and collection. That’s currently done by generating a CSV file, but Russo has recently purchased a FileMaker template that provides access to the Xero API and plans to use that to automate the transfer of individual invoices.

Apart from the financials, everything including a customer relationship management (CRM) app, runs on the system Russo developed.

In terms of complexity, FileMaker sits between using a spreadsheet and ‘real’ programming, he said. Since it is a database system, it frees you from working in the 2D grids that spreadsheets impose.

Moving to the Server edition was “a real eye opener,” and FileMaker Go made it possible to use most of his application's features from smartphones. FileMaker version 16 is “great” he noted, as new features including the Layout Objects window have “made my life easier.”

Some of his code is now about eight years old, and parts of it are “embarrassing,” he admitted. “One day... I’ll take three months to write the ultimate apple juice program” making use of all the experience he’s gained, but since the existing system works, there is no urgency. 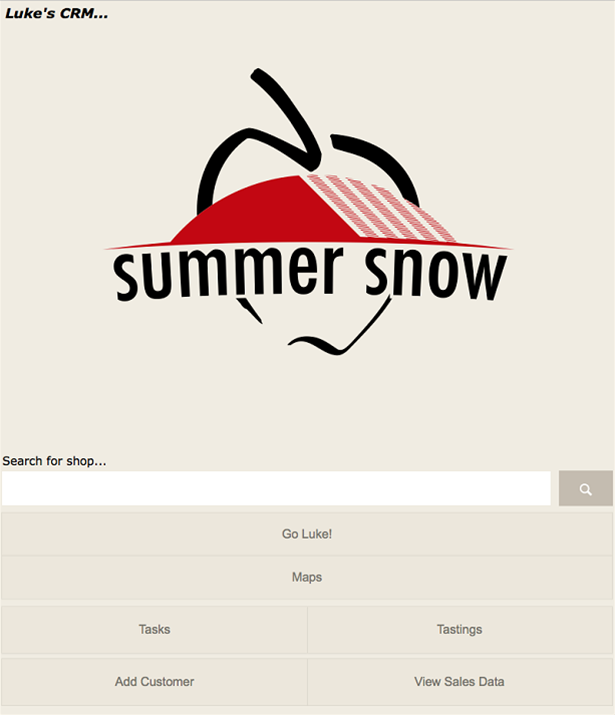 In the meantime, Russo has applied that experience to creating a FileMaker-based system for one of his suppliers, which happens to sell more apples than anyone else in Australia.

The problem faced by that company was that its grading system, packing machine and warehouse system are all from different vendors and couldn’t communicate with each other, but data from all three is needed to calculate the amounts to be paid to each grower. The company was unable to find commercial software to do the job.

So Russo developed a system that could do exactly that, as well as handling various exceptions and accommodating special rules that apply to certain customers and suppliers. “FileMaker is pulling data from these three systems” so data entry is eliminated.

The system was installed about a year ago, and “we just don't hear from them any more... it just runs,” he said.