The small business guide to VoIP 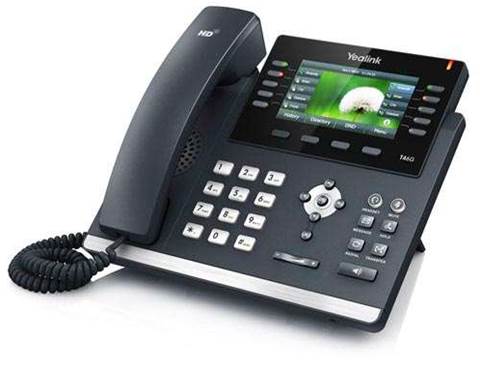 We explain how Voice-over-IP can reduce your phone bills – and the connectivity options and traps to watch out for.

Replacing your conventional fixed-line phone service with VoIP (Voice over Internet Protocol) can potentially be a big money saver for your business. How much you save will depend on your call destinations and patterns.

In addition, more advanced VoIP services can make your small business appear bigger, with additional features such as an auto attendant (“Thank you for calling SmithCo. For sales, press 1…”)

VoIP works by converting sound waves into a stream of bits that travel over the internet.

If you’re calling another subscriber on the same service, those bits are routed to them, where they are converted back to sound. Otherwise, the VoIP provider routes the bits to a location close (in terms of charging zones) to the number you’re calling, and completes the connection with a conventional phone call to the party you’re phoning.

This way VoIP providers can offer interstate calls for the same price that they charge for local calls, and international calls at very low rates.

Some conventional call plans from conventional carriers also have flat-rate interstate calls, include unlimited calls to fixed lines, or provide cheap calls to certain overseas destinations, but they are still generally more expensive than a VoIP plan (again, depending on your calling pattern).

What gear do I need?

Most of all, you’ll need a reliable and sufficiently fast broadband connection. Beyond that, providers offer a number of options for connecting a handset to a VoIP service. A conventional phone can be plugged into a small box called an ATA (analogue telephone adaptor), which in turn plugs into your network. ATA functionality is built into some routers, as well as the box that NBN installs on premises with FTTP connections. Alternatively, you can use an IP phone that connects directly to your network.

If you want the convenience of a cordless phone, you can either connect a conventional DECT handset to an ATA or buy a DECT IP phone. (We’ll look at IP phones later this month.)

You don’t have to buy the equipment from the VoIP provider, but doing so is usually a good way of minimising configuration issues.

It’s also possible to run a VoIP app on a computer or mobile phone, and this capability is built into some mobiles.

How reliable is it?

Since speech data is time-critical, you’ll get the best results if your router can prioritise VoIP data ahead of other internet traffic. This capability, which is called Quality of Service (QoS), is especially important with connections that provide relatively low upload speeds.

You shouldn’t have to worry about any of this if you connect a regular handset to the VoIP port on a router.

But QoS isn’t magic. You need sufficient internet bandwidth to carry as many calls as you will ever make at the same time, so if you’re planning for more than one VoIP line you may have to upgrade your internet connection, either by changing plans or moving to a different technology.

What about emergency calls?

Be aware that if there is a power failure you will be unable to make phone calls unless your phone, ATA, router and modem (or router with these built-in functions) are all connected to an uninterruptible power supply (UPS).

So if you are completely replacing landline services with VoIP, you’d probably want to make sure that when anyone is on the premises they have access to a mobile phone. Many VoIP providers explicitly state they do not support calls to 000.

You’ll also need a mobile to contact your ISP if the internet connection fails – although unless the mobile is on an unlimited plan, that could get expensive if that ISP keeps you on hold for half an hour or more. Of course, you could make do without a fixed line altogether – doing all your work on a mobile connection – but that may not advisable as we’ve discussed previously.

Can I keep my existing number?

If your business phone number is well known, you’ll probably want to keep it, which means choosing a VoIP provider that supports number portability.

If you don’t or can’t port your number you’ll have to get a new one, which you will probably lose if you switch providers in the future. In that situation the provider ‘lends’ you numbers it has been allocated, so it’s never really your number in the sense you might assume.

And before signing up, we recommend checking that the number(s) you port in can be ported out again. That’s how it should work, but we’ve been warned there are some exceptions.

If there are additional services associated with your number (for example, you use that line for ADSL) things are more complicated, so talk to your proposed provider before committing to the VoIP service.

Having examined the general issues, it’s time to look at some of the plans that are on the market. See part 2 of this feature: 15 business VoIP plans compared.