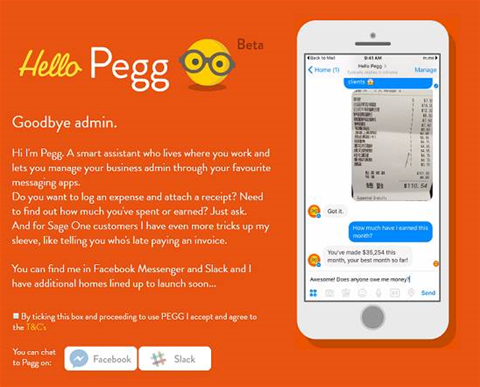 A leading IT executive predicts which new technologies are likely impact (or help) many businesses over the coming year.

Around the turn of each year, tech journalists’ inboxes swell with releases containing IT executives’ predictions for the coming 12 months. But that doesn't mean they’re without value, especially for people who don’t live and breathe IT.

We thought the predictions from Klaus-Michael Vogelberg – chief technology officer at accounting software vendor Sage – were among the more interesting, and potentially useful, for small business owners.

His point is that “as every business – big or small – is transforming more or less intensively into a tech-enabled business, today's entrepreneurs should be on the lookout for the opportunities these technological developments can bring to their business.”

Vogelberg isn’t alone in this thinking. For the last several years, large IT companies such as CA and Cisco have been talking about “the application economy” – the idea that software, especially the applications used by customers to interact with a business, is a major driver of success.

Consider Uber. One part of its success was its ability to attract so many drivers prepared to flout the laws or regulations in their particular jurisdiction so that authorities felt forced to change the rules to fit the new reality.

But would it have been such a success if the apps used by drivers and passengers hadn't made the process so straightforward? (That's not to suggest Uber's apps are perfect, and recent comments on Google Play suggest they may be getting worse rather than better.)

Thinking about the ways tech can help your business makes sense, and here's Vogelberg’s list of six trends that he believes could make a big difference.

The idea of using online chat as a user interface took off during 2016. The idea is that users ask questions and give commands via chat services such as Slack or Facebook Messenger. Cloud services such as Amazon Lex have made it relatively easy to create chatbots.

Sage’s Pegg chatbot (pictured above) allows businesspeople to manage their finances through conversation. It can also capture and digitise information such as receipts, at the point of capture, it takes away the hassle of filing receipts and expenses, eliminating the need for paper and data entry.

Pegg is currently in beta, and looking ahead, Vogelberg thinks interaction via hand, head, eye and other gestures will become more common. “Eventually, software could act without user intervention, or ask a certain question only once and use this information for all further activities,” he suggests.

Larger companies are already benefiting from their ability to collect large amounts of data from a range of sources, and then process it to extract knowledge.

Vogelberg advises small and mid-sized businesses to collaborate in order to gain similar benefits: “If [SMBs] join forces and – while considering their corporate data protection policies and personal rights laws – share, for example, computer power and data with other companies in a structured and systematic manner, they could profit from this collaboration by receiving a better and larger data pool and superior data intelligence. Similar to crowdsourcing mechanisms, this enriched data pool would enable companies to better understand how customers behave, what they need, what to offer them and the business areas to invest in.”

While that might be a struggle for the smallest businesses unless they were able to join some sort of “co-op” that provided a platform for such activities – though such a system could be set up a lot more easily thanks to the existence of various cloud services for handling big data.

We think a simple version of the “collective intelligence” idea could be delivered by cloud accounting systems. Theoretically, and with participants’ permission, they could benchmark businesses against their peers (such as how does your debtor days compare with similar business), or provide warnings when a customer is slow to pay.

Blockchain technology may have an impact on all sorts of businesses, especially those which work as intermediaries between two parties – such as lawyers, notaries, or real-estate or financial brokers. Bookkeepers and accountants might also be affected, as blockchain has the potential to eliminate a significant part of the workload – such as checking and booking transactions, transferring money or paying invoices – currently handled by these businesses, suggests Vogelberg.

This is because blockchain technology replaces middlemen such as banks, notaries, state authorities or trading platforms with a decentralised, distributed ledger. All participants have their own identical copy of the ledger, and any changes are applied to every copy in a matter of minutes or even seconds.

You can read how the Commonwealth Bank has participated in a real-life trial of blockchain technology for an international transaction and about the Australia Stock Exchange’s plans to take advantage of the technology.

We’re not sure whether many small businesses will need to worry about blockchain this year, but it would be foolish to ignore it completely.

4. Revolutionising the movement of money

In-app payment solutions have become commonplace for consumers, and Vogelberg thinks businesses will increasingly see something similar during 2017.

In 2017, more and more new solutions will allow companies to establish an end-to-end payments value chain with their suppliers and customers, he says, with full integration with their accounting systems. This will be based on open application program interface (API) standards allowing seamless, fully-automated processing of payments and financial transactions.

Sage is already moving in this direction. Last year it announced a partnership with US Bank, which resulted in the AP Optimizer for Sage Live that can, for example, determine the best time to pay bills and the best method for payment to optimise cash flow in near real-time, and then carry out the payment.

Sage Australia vice president Alan Osrin told BIT that Sage Live will be available here this year, but he didn't say whether it will include the AP Optimizer functionality.

The idea that a growing number of SMBs will replace their existing on-premises software with integrated, cloud-based software solutions is perhaps one of Vogelberg's least controversial predictions. By building their products on platforms such as Salesforce.com, software vendors can provide their customers with access to a wealth of business apps and integrated services, he suggests.

He also sees small businesses benefiting from mobile-app platforms such as the one operated by the Apple Mobility Partner Program.

“The big benefit of these platforms is that they give even smaller companies access to innovative business software solutions and services which these companies would not have been able to afford five years ago.  To some extent, these types of cloud platforms are democratising the way in which companies gain access to state-of-the-art apps and smart and scalable technologies,” says Vogelberg.

“They allow business builders to discover new ways of working and give them the infrastructure needed to receive every kind of data from partners or the Internet of Things, analyse it, and then – in a ‘citizen developer’ style – create something new and productive.”

6. Internet of Things will create new services and job profiles

Sensors built into a wide range of things including machines, cars, mobile and immobile goods, clothes and even human beings (perhaps for medical monitoring purposes) open the door to all sorts of new services. Vogelberg says. For example, he suggests:

The Internet of Things can also have a favourable impact on administrative functions. One example is the way TomTom’s telematics system integrates with Sage Live so vehicle journey information can be fed data into the accounting process in real time to automate things like mileage expense claims and invoicing for time spend on-site.

Vogelberg summed up by saying: “In 2017, every business will need to start thinking of itself as a technology business. To stay competitive, they will need to grasp the opportunities that this development brings with it and change almost every aspect of today's more or less traditional ways of working.

“The good news is that this technology means that we believe that very soon, business admin could become completely invisible, as easy as messaging a friend, or even completely automated, as machines learn like humans. This will empower entrepreneurs to stay focused on building their businesses, driving growth in the economy and contributing to their communities – not basic admin.”