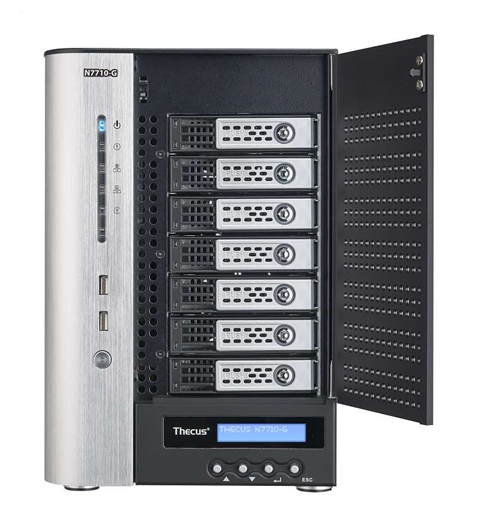 Here are six tips you need to know when choosing, configuring and using a NAS.

In part one of our feature series on network attached storage (NAS), we explained the benefits for small businesses of using one of these devices – and what to look for when buying one. In part two, we looked at a range of NAS devices on offer.

For this final part, we asked the vendors who provided information for part two for their tips on configuring and using a NAS. As there was a degree of overlap we’re not attributing specific tips, but we do acknowledge the contribution made by the companies concerned.

Always start with more storage than you think you need, or you will likely start running short of space in a matter of months. Consider filling your NAS with higher-capacity drives. For example, if you have a four-bay NAS, perhaps start with four 6TB drives (or up to 10TB if you have the budget). One rule of thumb is that you should total your existing storage, and then double it. Another way of looking at it is that most small businesses would need a NAS unit with between 4TB and 30TB to provide shared storage and a backup destination for their PCs. If the workload involves multiple users accessing the same files simultaneously (such as databases), a higher-performance model may be advisable.

2. RAID 5 is a good compromise

As we explained in part one of this series, RAID (Redundant Array of Independent Disks) enables you to configure two hard disk drives for better performance (RAID 0) or redundancy (RAID 1). But if you have a four-bay unit, RAID 5 provides a good blend of speed and failure protection. The price is that you effectively ‘lose’ a drive so, if have four 6TB disks, the total capacity would be 18TB, not 24TB. That’s comparatively less than RAID 1, however, which halves the capacity.

3. Consider having a ‘spare’ disk

If you have a six- or eight-bay NAS, consider making one drive a ‘hot spare.’ Then if (when?) an active RAID drive fails, its data can be automatically reconstructed on the spare.

Take care when setting up user accounts and the access rights for different folders and volumes, especially if you’re allowing external access to the NAS.

Consider the use of disk encryption — some NAS vendors make removing drives very quick and easy, so there’s a risk of theft even if the chassis is secured. If an encrypted drive is stolen this way, it is very unlikely that anyone will be able to access the data.

6. Do you need support for virtual machines or containers?

As we mentioned in the first two parts of this series, some higher-end NAS devices offer support for virtual machines and occasionally even containers.

Containerisation is a lightweight form of virtualisation, most commonly using software called Docker. Generally speaking, containers are more portable and take up less space than a virtual machine.

Support for both virtual machines and containers is mostly of interest to technically oriented users. Most small businesses won't need it, but check with your IT manager or consultant if in doubt.