Should your business go 100% wireless? 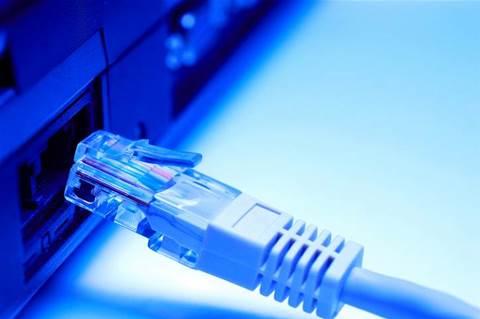 Ditching cables may be possible, but there are good reasons why Ethernet should still be a part of most businesses’ network strategies.

Wi-Fi is a very convenient form of networking. Little or no cabling is required, and in today's environment of mobile devices and flexible working, re-connections are quick and effortless. However, there are drawbacks.

Firstly, the range is limited, and the greater the distance between the device and the Wi-Fi router, the slower communication becomes. It's not just distance: radio signals are partially blocked by walls, metal objects such as fridges and filing cabinets, and other obstructions, reducing their effective range and also the speed obtained at any given distance.

As a rule of thumb, decent speed is available within 10 or maybe 20 metres of a wireless access point – and while there are ways to increase range, they can add to the cost and complexity of the network.

Ethernet, on the other hand, allows cable runs up to 100 metres. In a permanent installation, that 100 metres includes the patch leads from the device to the wall plate at each end – nominally 5 metres each – as well the cable between the two wall plates. For typical small business purposes, there's no difference in performance between this and connecting two devices with a single 3-metre cable.

While it generally doesn't matter what's near patch leads, reputable cablers will ensure that fixed Ethernet cable is adequately separated from power cables and other potential sources of electromagnetic interference.

Most reasonably modern equipment, other than phones and tablets, comes with Gigabit Ethernet (1000Base-T) interfaces, though some may be limited to 100Mbps (100Base-T). They are almost certainly connected through a network switch, which means any two devices can talk to each other at full speed, regardless of any other devices on the network.

Compare this with Wi-Fi – and while nominal speeds have increased with modern devices, the available bandwidth is shared between the active devices. (Yes, we know it's not quite that simple – for instance, Wi-Fi routers increasingly support separate 2.4GHz and 5GHz networks – but the general principle applies.)

Using Ethernet – especially Gigabit Ethernet – where possible is likely to improve the network performance for wired devices, and it frees up Wi-Fi bandwidth for those devices that need to connect wirelessly.

When to use cables

Good candidates include desktop computers (yes, some people do still use them), printers, scanners, network attached storage devices, and Voice-over-IP phones. If a notebook spends most of each day on its user's desk, an Ethernet connection is hardly an inconvenience and is likely to give better performance. We're not suggesting you blindly pick Ethernet for all these devices

These observations about performance do come with a caveat. If most of the traffic on your network is to or from the internet, the limiting factor is likely to be your internet connection rather than the speed of the local area network. If you're getting around 20Mbps over an ADSL connection, it doesn't really matter if devices on your wireless network are running at higher speeds. With a 100/40Mbps NBN connection, you'll see the difference between a Wi-Fi connection delivering say 40Mbps and one that gives 80Mbps.

And for local traffic – such as copying high-definition video files from one computer to another or backing up a notebook to a NAS device – Ethernet's speed advantage is usually apparent.

If getting the desired speed at the required distance over Wi-Fi is a problem, we’ve explained elsewhere how to improve wireless performance.

But what to do if you have an Ethernet device that's out of reach of the available connections, you can't or don't want to install new wiring, and the device either doesn't have a Wi-Fi interface or it's too far from the router for reliable communication? A pair of Powerline (also known as HomePlug) adaptors may be the answer.

Available from many networking vendors, Powerline adaptors use the existing mains wiring to connect two Ethernet cables. You plug each adaptor into conveniently placed mains sockets, then connect one to the network switch or router, and the other to the remote device. Possibilities include adding additional adaptors to serve other devices, or connecting an Ethernet switch at the remote end so multiple devices can be connected to one Powerline adaptor.

Our experience is that Powerline adaptors either work quite well or quite badly in any particular situation, but it's hard to predict which it is going to be until you actually try them out. Depending on the brand and specification, you can buy a pair of adaptors for as little as $50 (for the newer and faster standards it's more like $100-$150) so it needn't be a huge investment.