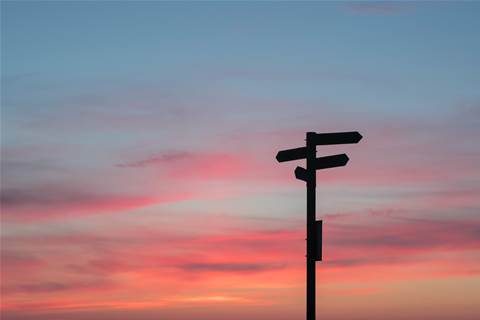 Are SAP users at a crossroads?
Photo by Javier Allegue Barros on Unsplash

The current economic climate has resulted in many companies recognising the need to be more responsive, to get new products and services to market quickly, and to adjust to rapid changes in supply and demand. This can be particularly tough for those companies running large ERP systems, such as SAP.

The word ‘agility’ is not one commonly associated with SAP; rather, it’s often associated with lengthy and pricey projects, many of which result in over-runs. Not only that, but SAP is seemingly intensifying the financial woes of many organisations by pushing them into an S/4HANA migration.

But have you considered SAP might be pushing this migration?

S/4 and HANA: How it started, and how it’s going

Around a decade ago, SAP shifted from an application-centric company to one which also licenses databases. The SAP Business Suite is database-agnostic, where customers have the choice to run their SAP applications on their preferred database, be it Oracle, MS SQL Server, DB2, and so forth. SAP has made attempts to displace these existing databases with its own proprietary database in HANA; however, many customers have continued the use of their existing databases.

What’s one sure-fire way to drive adoption? Remove customer choice. So it was no surprise when SAP developed a new ERP platform in S/4HANA they decided this application will only operate on their SAP HANA database.

Shortly following the release of S/4HANA in 2015, SAP announced the end of mainstream maintenance support for the SAP Business Suite, declaring that migrations to S/4HANA need to be completed by 2027 (or 2025 for earlier versions of the Business Suite) in order for licensees to maintain mainstream support. Another apparent strategy by SAP to drive adoption of HANA.

Those who decide to migrate will be rewarded with a “bonus prize”: the privilege of paying extra license and maintenance fees for S/4HANA. According to Invictus Partners, if a customer chooses to convert their Business Suite licenses to S/4HANA, they are entitled to either a 100 per cent credit for previous spend, or 90 per cent of net new payable, noting that S/4HANA licenses have a more expensive unit cost, whichever is the lesser. You could find yourself paying at least a 10 per cent uplift in license fees and hence the associated maintenance costs. Then you add the migration costs on top.

It is estimated that a typical greenfield migration to S/4HANA will cost tens of millions of dollars for the average SAP customer. Our assessment, one vetted by industry analyst Vinnie Mirchandani, estimates that it can cost customers paying $1M in annual SAP support and maintenance, an average of $35M to perform a greenfield migration to S/4HANA and to operate the system over a seven-year period.

SAP is seeing slow uptake of the S/4HANA application. A survey we conducted in 2019 with global CIOs found that two-thirds of respondents with SAP licences had no plans at that time to migrate to S/4HANA. For many of these companies, it appears their current SAP systems are still performing the critical functions the business requires and continue to help run their business smoothly, so they are taking the time to decide what is right for their business.

Migration struggles have attracted headlines: Queensland Health, for example, reportedly had to employ 30 extra staff to help the department pay its bills to medical suppliers when issues arose after implementing S/4HANA. And Queensland Health now faces a state audit following this costly AU$135M migration not forgetting the costs of remediation as well. This follows the well-publicised S/4HANA migration challenges felt by Haribo, when the world tragically suffered a gummy bear shortage, which cost them €500M and a 25% decline in sales.

You can start to understand why there might be tension within the SAP community on whether a migration to S/4HANA is in the best interests of many organisations.

What Are Your Options?

If SAP is pushing you to replace your existing ERP platform, why not take the opportunity to look around and see if there are better enterprise software options to run your business – or forget about replacing your ERP altogether? With the pandemic shrinking overall budgetary spend, almost every major IT project is being scrutinised by organisations across the planet.  SAP itself has gifted you the opportunity to do the same with your own roadmap.

SAP provides a solid foundation for many back-office functions, like financials; however, we’re seeing a shift away from SAP for a number of key functional areas. And there are options out there which do not require potentially unnecessary, expensive and time-intensive migrations: for instance, organisations are increasingly leaning on third-party support providers who offer a more comprehensive model, even long after SAP has apparently decided to end theirs.

With many viable and low-risk alternatives available in the market, why not pursue a business-driven path for IT investments and projects, especially if you feel that SAP continues to force your hand?