Should you raise capital using an equity crowdfunding platform? 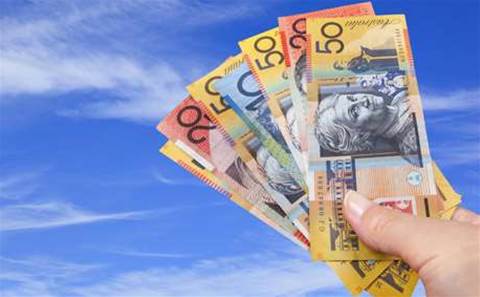 Crowdsourced equity funding platforms are a new way for your business to raise capital. However, there are some issues you need to be aware of.

With the emergence of the fintech revolution, small business owners and startup entrepreneurs looking for capital to scale up their businesses have more options than ever before.

One of those new options is known as crowdsourced equity funding (CSEF), which is also known as equity crowdfunding.

At their simplest, crowdfunding platforms allow people to pledge money to a particular business or project, in exchange for some benefit if the fundraising campaign meets its target and the product successfully launches.

On reward-based crowdfunding platforms such as Kickstarter, Indiegogo, Pozible or CrowdPleaser, the benefits pledgers receive tend to be products or experiences, including things like recognition on a website, a t-shirt, access to a launch event or the product itself.

CSEF takes this model one step further by allowing businesses to offer shares in their business as a reward for people who pledge funds. So, rather than giving a single large investor or group of investors a large slice in the company, there is instead a ‘crowd’ of smaller investors, each holding a smaller slice of the pie.

There are benefits to the CSEF model, but there are also a number of potential risks and pitfalls that businesses need to be aware of.

To find out more, BIT spoke to industry experts Chris Gilbert, who is the co-founder of CSEF platform Equitise, and Thomas Paule, the chief marketing and digital officer at business advisory firm Findex.

What is CSEF and how does it work?

At its simplest, Gilbert explains, CSEF is a way of raising capital through an online platform.

“In essence, you’re putting an offer on a platform and getting lots of smaller investments to fill a funding round, rather than traditional methods, such as going to a [venture capital] firm or family office and getting one cheque to fund the round,” Gilbert said.

“It’s different to something like Kickstarter because there’s equity involved. With Kickstarter, you typically put up a campaign in a similar manner, except instead of putting up a campaign and raising equity, you give a reward in exchange for a donation.”

The advantages for companies raising capital, Gilbert argues, are that you can receive a significant amount of investment without giving up the level of management control that you would if you went to a single investor.

“With CSEF, you can put all of those investors inside a vehicle with a nominee company, and you get the benefit of investment from the crowd, but you get rid of the noise of the crowd by housing it inside a nominee, which we manage.

“In doing that, the crowd can’t demand the same rights in terms of reporting and board seats because individually it’s made up of lots of small parcels of investment.”

For similar reasons, Paule argues that CSEF can be a great way for small businesses and high-growth startups to raise investment by attracting a larger group of potential investors.

“By raising funding from a greater number of investors, the company can gain access to the same capital through a vehicle that means you don't have to necessarily deal with dozens or hundreds of new shareholders individually,” Paule said.

“You can also spread your investor risk among a number of parties, so no single large equity stakeholder can hold undue influence or sway with decisions.”

Unfortunately for Australian businesses, at the moment there is a significant piece of legal red tape limiting the potential of CSEF as a funding source.

Unlike other countries, including New Zealand, Australian law currently only allows sophisticated and wholesale investors to invest in companies through a CSEF platform.

While the laws have come under review in recent years and are likely to change in the near future, for the time being the laws prevent ‘mum and dad’ retail investors in Australia from making putting their money into companies through platforms such as Equitise.

“Essentially what that means is you need to be classified as a high-income earner [to invest] – you need a net income of $250,000 for two years running, or net assets of $2.5 million,” Gilbert said.

“We’ve been operating in New Zealand, taking advantage of the new retail crowdfunding legislation over there for the past two years. Anyone [from New Zealand] who comes to the Equitise platform can invest if they’re over the age of 18.

“But that’s only if they’re a New Zealand resident. If you’re an Australian resident, you’re still caught by the sophisticated wholesale restrictions.”

As Gilbert explains, the current red tape around CSEF has led Australian platforms to look overseas for opportunities.

“Jonny [Wilkinson] and I founded [Equitise] in 2014. We entered a fintech accelerator program, which was run by a publicly-listed financial services business. Before that, [Wilkinson] and I had jobs in banking and finance, but we decided to do something different,” he said.

“Through the program, we received $100,000 of funding for 10 percent of the business. We went through the six-month accelerator program and then raised around $500,000 from Tank Stream Ventures and a couple of other high-net worth investors.

“Since then, we have closed 15 offers in New Zealand, we’ve initiated 30 now including 10 live on the platform now privately and publicly, and we’ve raised around $30 million for Australian and New Zealand companies.”

Before putting your company up on a CSEF platform, there are a number of issues you need to be aware of beyond the current legal environment in Australia. The first is that some companies are better suited to equity crowdfunding than others.

According to Gilbert, product-focused companies that sell directly to consumers (also known as business-to-consumer or B2C firms) tend to perform better than businesses that sell products or services to other businesses (B2B firms).

“It would be very unlikely for us to do a B2B capital raise. We typically look at companies that are B2C, that are social, are product-based so consumers have something they can touch and feel… and also database driven,” he said.

“The perfect company to do CSEF would be something like MJ Bale, which is a mid- to high-end fashion business with a huge database of lawyers, accountants and managers who might have a bit of extra cash to invest in an opportunity.

“That’s not to say that an app or a cool website wouldn’t work, but it needs to be something consumers can understand to get the best chance of success out of it.”

Meanwhile, Paule cautions that diversifying your investor base can mean a greater need to communicate your vision, goals and results with your shareholders.

“Though in many cases you won’t have to disclose information to the same extent as a publicly listed company, you will need to deal with a greater range of investors,” Paule said.

“For a fast-growing startup with few resources, the need to potentially have an investor relations office to simply deal with those requests can be distracting to companies.

“Companies shouldn’t treat CSEF as a funding means of last resort — if they have been unable to source those funds in other markets, looking to CSEF platforms is unlikely to end well.”

The other factor to take into consideration, according to Gilbert, is the track record of the equity crowdfunding platform you use.

“We can give a lot of advice around how to structure your offer from an informational point of view, going through accounts to make sure they’re cleaned up properly, getting lawyers to make sure the shareholder agreements, and the like,” he said.

“Quite a few times in New Zealand, we’ve seen startups approach a crowdfunding platform and get charged upfront fees, get taken through a process and then they don’t raise any capital.

“And it’s pretty obvious why those companies haven’t raised capital – it’s because the company is a bit of a mess, investors take one look at it and decide they don’t want to put any money in there.

“We’re very explicit about the criteria that we look at to ensure that we get maximum success in terms of low failure rates, and that we drive maximum success to the businesses we work with.”

If your business is looking to raise capital on a CSEF, there are a number of things you can do to boost your chances of success.

The first, Gilbert said, is to have well-developed offer document or a pitch deck. If you don’t have one already made, there are good templates for on the internet along with services that can help to put one together.

“It’s great to see a well-formulated business plan with founders who know what they’re doing before bringing a whole bunch of investors you don’t know into a business,” he said.

“You want to be commercially savvy, and you want to have a bit of business experience either through your current job or the one you used to do – that might be something in finance, law or an aligning industry to what you’re doing.

“Another thing that gives a lot of credibility for a capital raise on a platform like ours is if you’re too early to have a board – as many businesses are – we look at who the advisors or mentors are. If there’s a formal advisory board, who are the people on the board and are they complementary to the business?

“If you have a quality lawyer, accountant or someone who works in a complementary space with a good brand name behind them, I think that says a lot about the founder – because there’s other people who have backed them.”

Partially raising a funding round through other investors or more traditional channels before registering on a CSEF can help to give your offer a bit more credibility.

“If a company has already raised $100,000 of a $1 million round, it shows that they can either get out there and hustle, or they have friends and family who believe in what they’re doing and back them. It also validates their valuation,” Gilbert said.

Another way of giving your offer a credibility boost, according to Gilbert, is to successfully complete an accelerator program.

“They’ve already gone through an on-boarding process and an assessment process with the accelerator, they’ve [graduated from] the accelerator and in some cases an accelerator will also invest in the company,” he said.

“That de-risks the company slightly, and means the company is a lot more progressed by going through the accelerator, so that’s a positive point.”