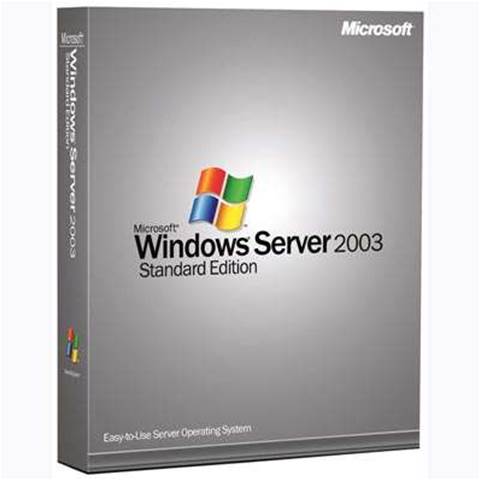 It's time to put your IT manager hat on and try to think about what all this Cloud computing, Azure and so forth is going to actually do for you.

I don't mean keeping those people with the pony tails busy slaving over a hot Visual Studio - I mean those of us who have companies to run, work to do, business to transact.

And here comes the big problem, because as we move into a recession the financial squeeze on IT departments is going to become severe.

Already I'm seeing clients deciding not to move up to 2008 generation server products, and some are also talking about stopping paying the rolling licensing fees, too, given that they're happy with their 2003 generation products and the support for them that's still available. Obviously, if they do stop paying the rolling licences then these will terminate, and no-one is suggesting simply carrying on running the software in an unlicensed fashion.

However, questions have been raised about making a capital spend now on new server hardware, virtualisation and the outright purchasing of server licences and CALs. Some believe that it's worth adopting a "nuclear bunker" approach to the current wave of virtualisation, taking a cost hit today for  new hardware and then waiting to see what the future holds.

There's a certain logic to this somewhat weird world-view. If the Azure Cloud computing infrastructure is going to significantly change the way that Microsoft's server platforms are deployed and charged for, then this logic says "stay put with our 2003 Server software, implement VM for it on modern, cheap but capable hardware, then batten down the hatches".

Azure is going to take at least two years to get into a first-wave implementation, and "if it ain't broke, don't fix it". This kind of reasoning makes it entirely possible that the current recession will cause a truly massive income reduction for Microsoft - only time will tell.

How to plan for Windows Azure?

If you're thinking about adopting Azure and Cloud computing, what can you do today to plan for it? Well one obvious thought is to avoid buying new hardware now that you won't be needing in the future. However, this would in my opinion be a misguided view.

Servers have a two-year life span on the front line, after which they should be moved into secondary roles, and this is driven by the likely life expectancy of critical components in the server such as the PSU, fans, hard drives and so on.

Sure, we have built-in fault tolerance nowadays in these areas, especially with properly designed fans, but given that Azure isn't going to kick in for at least two years it leaves plenty of useful service life ahead for a server purchased right now.

More usefully, now is a good time to clarify and remove complexity from your infrastructure. Too many organisations still have multiple versions of the OS, web browser and so forth, lurking around in the backwaters of their networks, and a full inventory and simplification effort will yield benefits down the line.

Given that so many of our foreseeable futures depend heavily on advanced browser-based solutions, now might well be a good time to bite the bullet and bring everyone onto a single browser version: IE8 will do the trick, but it isn't ready for prime-time yet.

However, you can bet that Microsoft will ensure that the client platform of choice will be IE8, with everything else being a backwards-compatibility version, so it could be argued that planning on doing a big IE8 deployment in managed fashion would be a solid piece of future planning.

Again, I must come back to banging my management tools drum. If your network has turned into a set of barely connected separate fiefdoms then now's the time to retake control over it: an investment in strong management tools will pay for itself time and time again, and will make a big difference to the management and deployment of Cloud-based applications when they arrive.

Bear in mind that Microsoft has a web-based implementation of Office coming out in Office 14, and it demonstrated some parts of this product at the PDC where I saw Outlook hosted entirely in a web browser.

This again plays directly to the "software as a service" mantra and pushes workload down into the browser, so a good tidy up, browser consolidation and management infrastructure is what you need to get into right now.

I have read and accept the privacy policy and terms and conditions and by submitting my email address I agree to receive the Business IT newsletter and receive special offers on behalf of Business IT, nextmedia and its valued partners. We will not share your details with third parties.
Copyright © Alphr, Dennis Publishing
Tags:
server software
By David Moss
Feb 2 2009
11:12PM