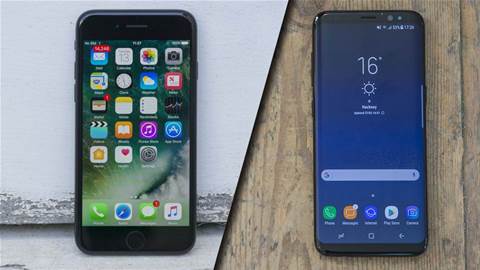 Samsung's latest smartphone is very good – but is it good enough to convince iPhone users to make the switch?

Apple and Samsung have been duking it out over the title of world's best smartphone for years now. While Apple has taken the top spot in the past, the Korean manufacturer has been steadily improving, with devices like the Galaxy S7 offering a pretty compelling iPhone alternative.

With Samsung's newest flagship now on the shelves, the battle is more intense than ever.

We’ve reviewed the Galaxy S8 and iPhone 7 in more depth previously (along with their larger siblings, the Galaxy S8+ and iPhone 7 Plus), and clearly, Samsung's latest flagship is an outstanding smartphone. But is it good enough to topple Apple's throne? And if so, is it compelling enough to tempt iPhone users to make the switch?

This head-to-head comparison will reveal all.

Straight off the bat, the Samsung Galaxy S8 is a nicer-looking device than the iPhone 7. Samsung's curved and virtually edgeless Infinity Display is breathtaking to look at, creating a unique and alluring package that the iPhone just can't match. On top of that, there's no unsightly camera wart where the lens housing protrudes from the back.

On the other hand, the iPhone 7's matte-black and red colour schemes are much more attractive than any of the options for the S8, and the aluminium chassis will be much less prone to picking up greasy fingerprints than the S8's glass backing.

Overall, however, it's the S8 that takes the cake in terms of design and visual appearance. The iPhone 7 may be nice, but it's nothing that we haven't seen time and time again, whereas the Galaxy S8 feels different and exciting - it's impossible to mistake it for any other phone. 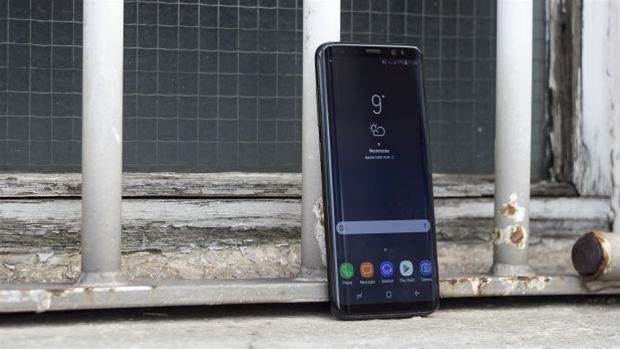 The Galaxy S8's screen knocks the iPhone 7 into a cocked hat in terms of resolution, with the QHD+ screen running rings around Apple's panel. It's much larger, too, measuring almost 6in across the diagonal compared to just 4.7in.

It's just as impressive when you get down to the nitty-gritty - although the iPhone 7's 95.8% sRGB colour coverage is nothing to be sniffed at, Samsung goes one better with a whopping 99.9% result. It's brighter than the iPhone 7 to boot, and thanks to the AMOLED panel, it's got rich, vivid colours and perfect contrast. As a final treat, the S8 is one of the first HDR-enabled (high dynamic range) phones, which translates to brighter highlights and deeper shadows when viewing compatible content.

The Galaxy S8 takes the crown here, but not on resolution - at this level, the extra pixel density over the iPhone 7's display just doesn't make that much of a difference. Instead, it's the extra vibrancy, colour accuracy and contrast provided by that AMOLED screen that nets it the win. The fact that it's wrapped up in a gorgeous edgeless display doesn't exactly hurt, either. 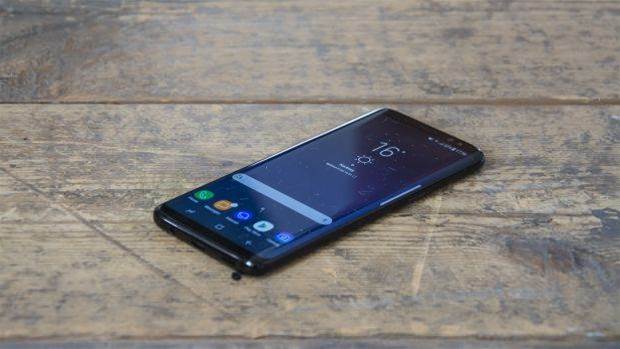 Generally speaking, Apple's hardware is unparallelled when it comes to performance, but the Galaxy S8 comes closer than ever to closing that gap. According to our Geekbench 4 tests, it was more than 15% faster than the iPhone 7 at multi-core operations, and closer than any other phone we've tested to matching its single-core speed.

Under the hood, the S8 packs an Exynos 8895 octa-core CPU (or possibly a Snapdragon 835, depending on where you bought the phone), with 4GB of RAM. The iPhone, meanwhile, uses Apple's quad-core A10 Fusion processor paired with 2GB of memory.

In practice, both devices feel sufficiently nippy - you're unlikely to notice much of a difference between them unless you're pushing them to the absolute limit, and even then it'll be negligible at best. They really are very fast devices. 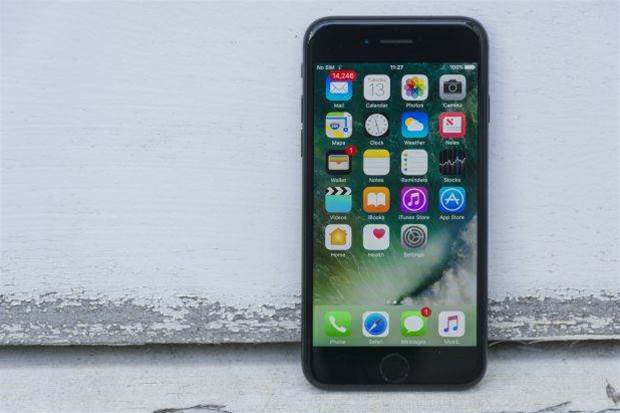 For many of us, battery life is the most common bugbear we have about our smartphones, and having your device die on you midway through the day can be a real irritation. Thankfully, both the iPhone 7 and Galaxy S8 have rather impressive battery lives, and both phones will easily be able to see you through a full working day with juice to spare.

In our battery tests, the iPhone 7 lasted for 13 hours 2 minutes, which is nothing to be sniffed at. The Galaxy S8 still managed to blaze past it by well over three hours however, clocking in a final score of 16 hours and 45 minutes.

The S8 also has some added advantages up its sleeve in the battery department, given that it comes with both wireless and adaptive fast-charging. It's also compatible with the USB-C charging standard, meaning there's a much wider variety of adapters and accessories to fit it. 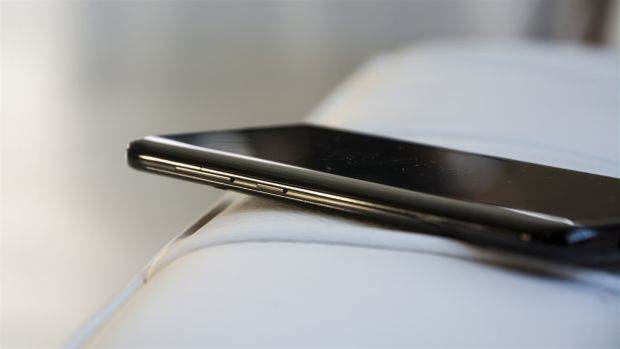 With the iPhone 7, Apple finally listened to customers and added one of the most long-awaited features: waterproofing. This will be old hat to Samsung fans, who have had waterproof phones for several years now – and the S8 is still a little ahead with IP68 specification compared to the iPhone's IP67. That

Unfortunately, while it's added waterproofing, the iPhone 7 has also removed a much-loved feature in the form of the 3.5mm headphone jack. Apple giveth and Apple taketh away.

Samsung, meanwhile has added a slew of new features to its flagship line. First up is Bixby, the company's answer to Siri and Cortana. The digital assistant can do all the standard tasks like setting reminders and answering questions (though voice capabilities haven't landed in the UK yet), but can also use the camera to let you search for information on objects just by photographing them.

The Galaxy S8 also features new biometric authentication technology. Aside from the now rear-mounted fingerprint sensor seen in previous devices, Samsung has also brought over the iris-scanning tech seen in the ill-fated Note 7, as well as facial recognition capabilities.

The iPhone 7 continued Apple’s tradition of offering excellent rear cameras but with the Galaxy S7, Samsung caught up and, although the S8 isn’t a huge improvement, its camera has an edge overall.

Lastly, there's support for Gigabit Wi-Fi and LTE networking, ensuring speedy browsing and download speeds. Samsung has also released a new desktop dock peripheral, called the DeX, which allows you to use the S8 with a monitor, mouse and keyboard in a desktop-like environment, similar to Windows Continuum. 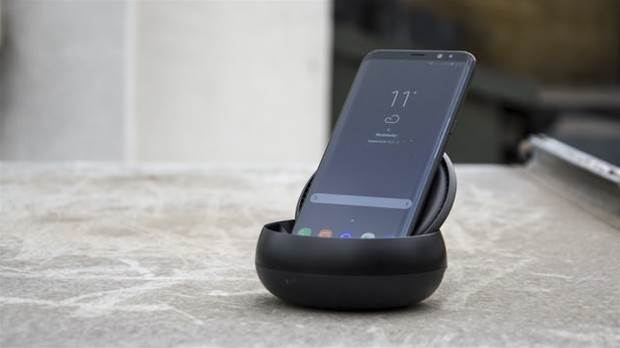 In past head-to-head comparison, Apple's handsets used to be a cert to win most of the categories. Now, however, the Samsung Galaxy S8 is a more accomplished device than the iPhone 7 in terms of its design, display, features and battery life. The only area in which Apple still retains its edge is in performance – but even that's only a narrow lead.

The truth is that there's simply no reason to buy an iPhone 7 over the Galaxy S8. More importantly, there's a pretty compelling argument for iPhone users to upgrade to Samsung's new flagship. The next iPhone later this year could change all this, of course, but for now, the Galaxy S8 is better.

With a gorgeous design, a stunning display and more features than you can shake a stick at, the Samsung Galaxy S8 is simply the best smartphone on the market. 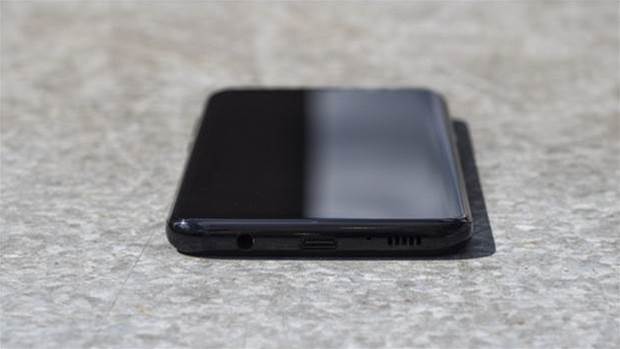