Remove malware from your PC in three steps 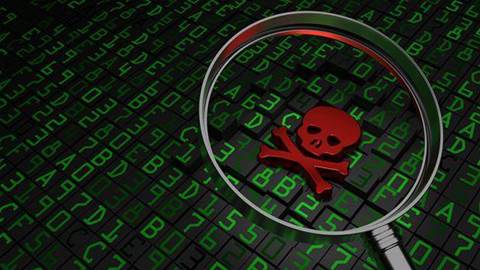 Is your computer slowing down or acting strangely? It might be malware. Here’s how to get rid of it.

The recent WannaCry ransomware outbreak, which infected more than 230,000 computers around the world, including some Australian businesses, highlights the need for robust cyber security and vigilance against malware.

Yet malware appears in many forms and can affect computers differently depending on its design. If your computer is running slower than usual, or you've noticed strange activity, or adverts appearing in places they shouldn't, it is likely that your machine is infected with some type of malware.

Malware, or malicious software, is a type of software that is designed to secretly access a device without alerting the user. It comes in many forms, including spyware, adware, phishing, viruses, Trojans, worms, rootkits, and, in the case of WannaCry, ransomware.

According to security firm Avast, malware typically gains access through the internet and via email, however it can also infect machines through hacked websites, game demos, music files, toolbars – pretty much anything that you download from the web onto your device.

If you even suspect the problem is ransomware, read our ransomware survival guide first. For other suspected malware problems, here’s our guide for finding, eliminating and preventing infections.

A slow or unstable computer is often a tell-tale sign that a device could be infected with malware. Unfortunately the signs can also be more obnoxious, such as desktop adverts, browser popups, or spam emails. All malware removal tools contain a scanner, which you should regularly use to check for infections.

Even with antivirus software installed, it doesn't mean you’re immune to the effects of downloaded malware, so don’t assume it’s something unrelated, such as hardware issues.

If you think your PC may have a malware infection, try re-booting your PC into Windows’ Safe Mode. You may find that your PC runs noticeably faster in Safe Mode, which could be a sign that your machine has a malware infection. Keeping your PC running in Safe Mode is also good preparation in removing any malicious software, as it allows the files to be removed easier since they’re not actually running or active.

So if you suspect you may have malware, follow these steps.

Disconnect your computer from the internet. Whether this means removing the ethernet cable or disconnecting from your WiFi, the first thing you need to do is to stop your communication online in order to prevent the suspected malware from spreading or leaking your private data. If you tend to use Ethernet, make sure you're computer doesn't automatically switch to WiFi when you pull the cable.

Before you run a virus scan, delete your temporary files. Doing this may speed up the virus scanning, free up disk space, and even get rid of some malware in the process. This can be done by using the Disk Cleanup utility included with Windows 10. Just type ‘Disk Cleanup’ in the search bar or after pressing the Start button and select the tool that appears with the same name.

3. Run one or more malware scanners

The last and final step involves simply running one or more malware scan on your computer, which is enough to remove most standard infections. This should be performed even if you already have an antivirus program running as not all antivirus programs can detect all of the millions of malware types and variants out there. It might be that your current antivirus software failed to detect the malware, so if this is the case, you should download a different scanner to the one you already have.

In our opinion, it's best to run an on-demand scanner and then follow up with a full scan by a real-time antivirus program. 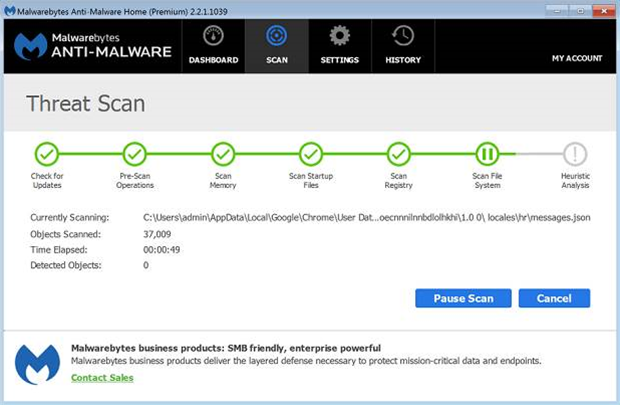 To prevent contracting any pesky malware in the future, ensure that you always have powerful antivirus and anti-malware software installed and run frequent checks, even if you don't notice any suspicious activity on your computer. The best tools will frequently remind you to run scans to help get you into a regular routine.

There are also the more obvious preventable measures, such as not opening email attachments from unknown or unexpected sources, and ensuring your operating system and installed products -- such as Adobe Flash – are up-to-date. Keeping Windows Update turned on and enabling it to download and install updates automatically, can also help keep your PC safe from malware.

The tips in our ransomware defence guide are a good place to start.