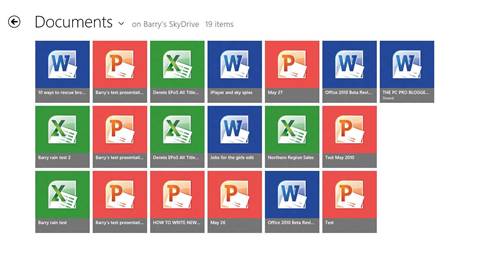 Want to know more about the Microsoft Office 2013 / 365 that connect you to the cloud? Read more about Skype, SkyDdrive and Office Web Apps.

Office 365 for the home: what you get 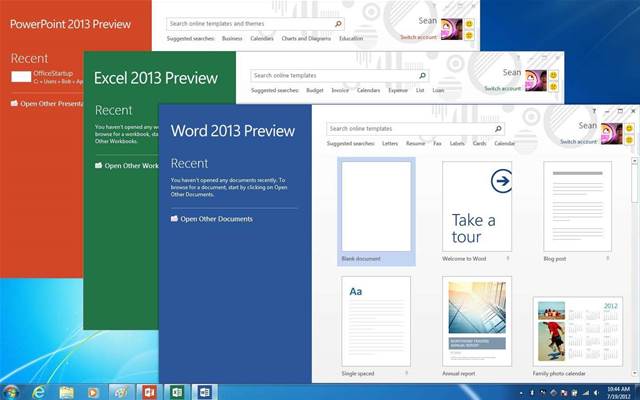 Business users of Office may already be familiar with Office 365, the online subscription suite that gives you access to both the desktop and web versions of the Office applications for a set monthly fee. That model is now being extended to consumers. In fact, if you sign up for the beta of Office 2013, you’ll be enrolled into a (currently free) subscription service called the Office 365 Home Premium Preview.

Office 365 Home Premium Preview allows you to install Word, PowerPoint, Excel, Outlook, OneNote, Access and Publisher on up to five PCs – and you don’t even need to wait for the software to finish downloading and installing on your first PC to get going with the new applications. This is down to a new feature called Office on Demand, which is available on both consumer and business subscriptions (read more about Office on Demand in our article here). It uses virtualisation to provide “streaming” versions of the full Office apps – not the feature-restricted Office Web Apps we’ve seen before – from the moment you click on the installer. So, you can start tapping out your first Word 2013 document within a minute or two of starting the download, even if the installation doesn’t complete for another half an hour or more.
The Office on Demand versions of the apps aren’t quite as responsive as a local installation, and we’d be wary of doing any heavy-duty work on them, such as embedding videos in PowerPoint slides or serious number crunching in Excel. Nevertheless, getting access to full-fat Office apps over even a modest broadband connection is impressive, and it isn’t only handy during installation.
If you’re working away from home without your regular PC or laptop, you can access Office on Demand here from any Windows 7 or 8 PC. Click Create New, select your Office application of choice, and a streaming version of the app is “installed” onto your temporary PC home. It takes a minute or so to download the necessary files, but once this is complete, you get a full version of the app and access to any documents in your SkyDrive folders. We even managed to install an Office on Demand version of Word 2013 on an Atom-powered Windows 7 Starter netbook, and it was perfectly capable of lightweight document editing. Once you’ve finished your work, there’s no trace of the application or your documents on the host machine.
Office Web Apps 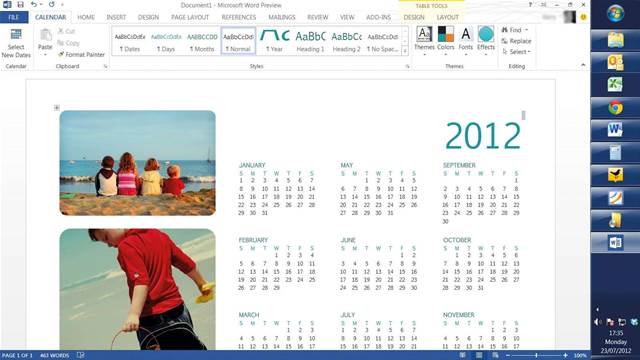 Theis is Office on Demand, not the feature-limited Web Apps. Click to enlarge
Alongside the new Office on Demand service, there are revamped versions of the browser-based Office Web Apps that were launched with Office 2010. These have been redesigned with the spartan, white ribbon interface that’s common across all the Office 2013 apps, but appear to be functionally identical to their predecessors. In other words, feature-stripped equivalents of Word, Excel, PowerPoint and OneNote that are usable only for viewing documents and light editing.
We’d much prefer to work in the Office on Demand apps than the Web Apps, but the Web Apps could remain a fallback option for those who want to make a small change to a document, or who can’t run Office on Demand because they’re using a Windows Vista PC or older. They’ll also remain the only cloud-based version of Office apps open to those who buy Office 2013 as a straight software purchase, rather than a subscription.
Skype 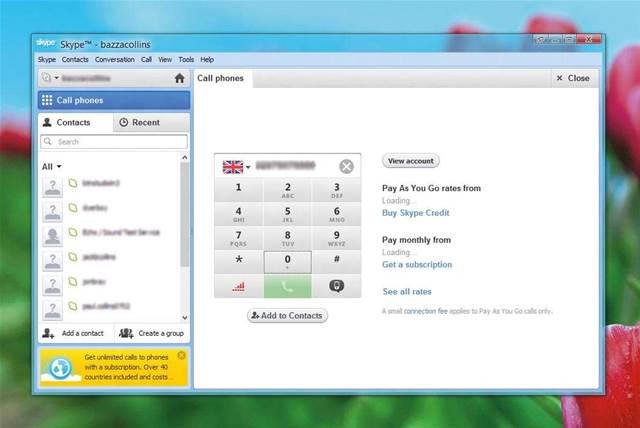 Click to enlarge
When Microsoft paid $8.5 billion for VoIP firm Skype last year, many wondered what on earth could begin to justify that valuation. Integrating Skype into Office 2013 is one of the ways Microsoft will try to claw back some of that enormous investment.
Skype will be blended into Office 2013, although the work hasn’t yet been completed for the Customer Preview. Users will see their Skype contacts integrated into Outlook, for example, and be able to place audio and video calls directly from the application. To encourage people to use Skype from within Outlook, Office 365 Home Premium will include 60 minutes of free international calls per month.
SkyDrive 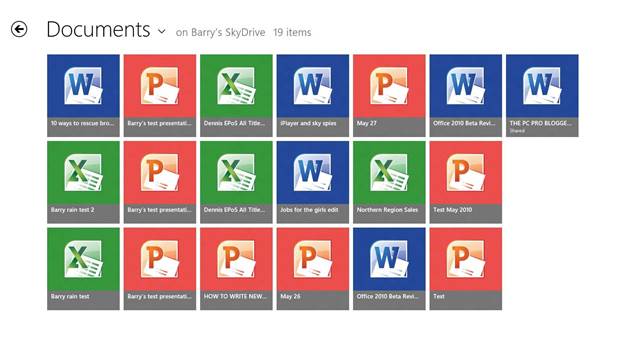 Click to enlarge
Further evidence of Office 2013’s cloud focus comes in the form of SkyDrive, Microsoft’s online file synchronisation service. SkyDrive is now the default save location for all the Office 2013 apps, meaning that all your data is saved to Microsoft’s cloud service unless you specify otherwise.
A SkyDrive account is created automatically for anyone with a Microsoft account login – which you’ll need to download the Office 2013 preview in the first place – and long-term users will have up to 25GB of free storage, which is more generous than the free quotas available from rivals such as Dropbox, Google Drive and Apple iCloud.
Saving all of your documents to SkyDrive has the advantage of creating a seamless backup, not only on Microsoft’s cloud but also on any other PC or Mac with SkyDrive installed. It also means that all your files will be available for any Office on Demand sessions when you’re away from your regular PC.
For those who don’t want their documents beamed up to Microsoft’s cloud, there’s an option to make the current computer the default save location by clicking File | Options | Save, and checking the relevant box.
How much will all this cost?
The big question for consumers is how much it will cost to buy Office as a cloud subscription service. We highly recommend you read our article here about Office 2013 prices. Here is what we stated in that article:
"For Office 365 Home Premium, you’ll pay US$99.99 a year. There are several business versions, but Microsoft has only released pricing for Office 365 Small Business Premium, which will cost US$149.99 a year."
What about the standalone, one-off version of Office? Here is what our article stated: "The “traditional” Office suite will cost US$139.99 for Office Home & Student 2013. You pay US$219.99 for Office Home & Business and US$399.99 for Office Professional."
At the time of writing, Microsoft hadn’t clarified whether the Australian pricing will be different. We will update this story when we hear more on this.
Given that a current boxed version of Office Home and Student 2010 – which doesn’t include Outlook, Access or Publisher, and can be installed on only three PCs – costs around $200, it’s going to give consumers a dilemma. Will the extra software, Office on Demand and rolling upgrades be compelling enough to tempt people to pay the same amount for an annual subscription as they would for a one-off software purchase with no cut-off date?
Copyright © Alphr, Dennis Publishing
Tags:
365 apps office office 2013 services skydrive skype software web
By Barry Collins
Jonathan Bray
Tim Danton
Oct 10 2012
12:33PM