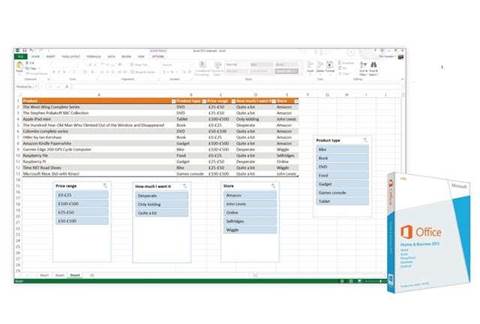 This article compares the differences between Office 365 and Office 2013 and asks which version is worth choosing.

With Office still available as a suite to install in the normal way, why consider Office 365 instead of Office 2013?

For that matter, why shouldn’t you stick with an older version of Office, if you already have one on your PC?

What is Office 365? You can also click here for a handy summary.

One of the biggest problems with Office Home & Student – the main standalone suite offered to home users – is that it doesn’t include Outlook. The applications you get with Office 365 University (a four-year subscription available to college students and staff) and Home Premium are equivalent to Office Professional 2013, adding Access, Outlook and Publisher to the usual four of Word, Excel, PowerPoint and OneNote. Business and enterprise subscriptions include Professional Plus, which adds InfoPath and Lync to give you the entire, nine-strong suite.

There’s also the number of users and devices to take into account. Office 2013 consumer licences are for one user on one device only; business licences allow this user to install Office on a desktop and a laptop; Office 365 lets one user install all the apps on up to five devices. Office 365 Home Premium goes further by allowing up to five users in your household, making it ideal for a family with several PCs, laptops and tablets.

t doesn’t even matter if you have a Mac or two, since Office 365 lets you run the latest version of Office on those, too. You would have to spend an awful lot on Office 2013 licences to get the same package offered by a single Office 365 Home Premium subscription. If you’re buying for your own use on one PC, it isn’t as impressive.. 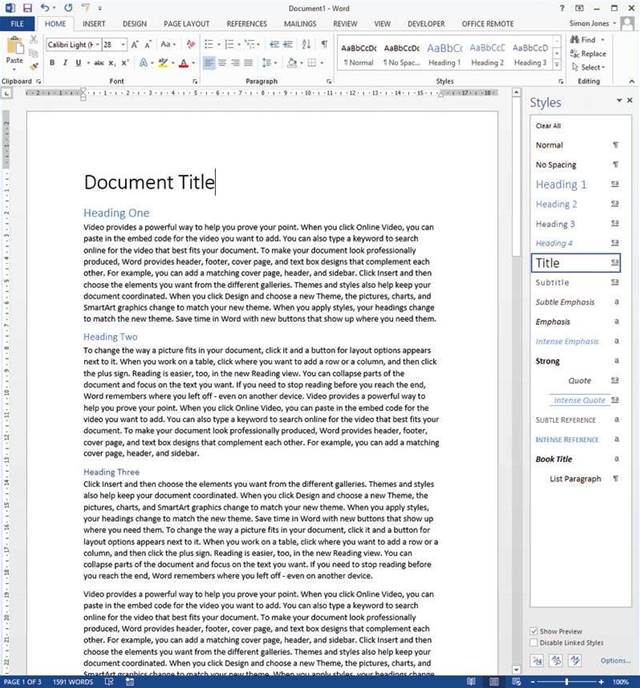 Click to enlarge. Word 2013 documents use colour, modern fonts and wider line spacing to make them easier to read.

Office 365 subscriptions include updates to new versions of Office as they’re released. If you buy Office 2013 through the retail channel, you’ll have to shell out again to get the next version. Business customers buying through volume licensing get upgrade rights only if they pay extra for Software Assurance.

Home users of Office 365 get an hour of Skype calls with their subscriptions – covering calls to Skype, landlines and mobiles – and the subscriber can choose how to share this benefit with the other users in their family.

You also receive an extra 20GB of cloud storage through SkyDrive in addition to the 7GB Microsoft gives to everyone free. 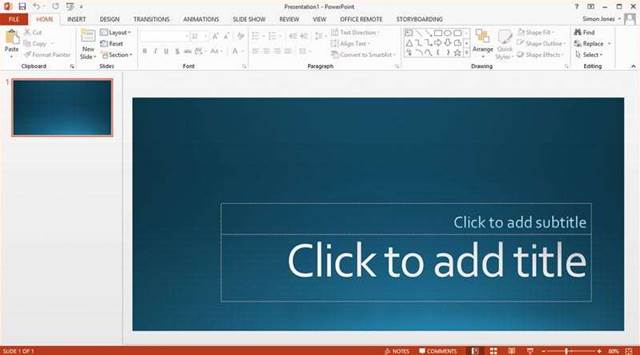 You can receive free email via www.outlook.com to go with any Office 2013 package, but Office 365 business subscriptions give your own domain with addresses @yourcompany.com and tools to administer your email through Exchange Online. To match the features provided in Office 365 business subscriptions, you’d have to buy, install, configure and run your own Exchange server, SharePoint server and Lync server.

The costs of the server hardware, server software and client access licences would be considerable, and you’d need to employ your own skilled administrator, or buy in the services of an IT consultant, since these products aren’t easy to manage.

Buying Exchange, SharePoint and Lync online services through Office 365 frees you from the cost of running your own servers in-house, and considerably simplifies the administration (such as letting someone else worry about backups). Keep in mind though that Telstra has been somewhat slow and uninformative when it comes to rolling out major updates to Office 365.

Why not stick with your current version?
Even if you own an older version of Office, one reason to consider shelling out for Office 2013 or Office 365 is the security risk. If you’re using Office 2003 – or any older iteration – no new security patches will be published in future, since it will be ten years old in April 2014. As such, the likelihood of vulnerabilities being exploited will increase.
Office 2007 and 2010 are still supported, but there are many new features in Office 2013 that older versions won’t be able to edit, even if they can display them. The new default templates and themes in Word and PowerPoint are bright, fresh and easier to read.
The main applications save to SkyDrive and SharePoint more easily than before, and they encourage you to share documents by sending a link rather than a whole copy of a document. Excel has new analysis features such as sparklines and slicers, and the Power BI (business intelligence) features make analysing huge datasets easier.
One of the biggest stumbling blocks to upgrading to Office 2013 is the fact that it won’t run on Windows XP. However, since XP will become a security problem after support ends in April 2014, you’re going to have to take action in any case.
Copyright © PC Pro, Dennis Publishing
Copyright © PC Authority, nextmedia
Tags:
comparison office office 2013 office 365 software
By Nik Rawlinson
Tim Danton
Simon Jones
Apr 16 2014
12:24PM