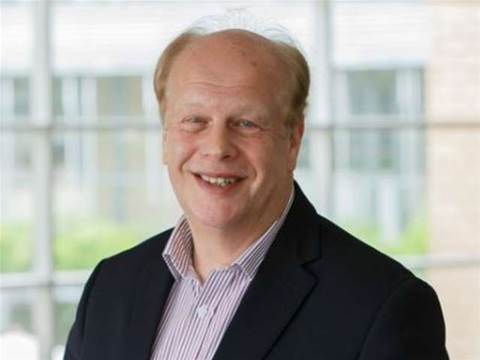 Jeffrey Tobias is among Australia’s leading minds when it comes to digital innovation and entrepreneurship, having been actively involved in the local startup scene for nearly a decade.

At the University of NSW’s Australian Graduate School of Management, Tobias is an adjunct professor who teaches entrepreneurship and innovation to MBA students.

He is also the managing director of The Strategy Group, a consultancy that helps large enterprises apply startup methodologies such as design thinking, lean startup and open innovation to their businesses.

Following on from BIT’s recent plain English guide to startup jargon, Tobias took some time out of his busy schedule to share his advice on how new tech–focused companies can get off the ground, how established businesses can create new tech-based products, and what angel investors really want.

1. Start with a hypothesis

According to Tobias, the very first thing you should do – whether you’re an entrepreneur looking to create a new startup or an established company looking to launch a new tech product – is to formulate a business hypothesis that you can test in the marketplace.

“To me, the fundamental of the whole lean startup methodology is to develop some hypotheses, go out of your building – don’t sit in the building thinking you know the answer – and test those hypotheses with real customers in the cheapest way and shortest amount of time possible.”

2. Your customers know their pain points, but not necessarily how to solve them

While you’re formulating a hypothesis, it can be tempting to go down the route of surveying people about what products and services they want, and then building them.

Tobias argues that a better approach is to focus instead on what issues or problems your potential customers face, and then find a way to apply technology to solve that problem.

“A lot of people say ‘we have to ask customers what they want’. I’m a firm believer that you don’t do that. If you’re a startup, you don’t say ‘what do you want and I’ll build it for you’ because the evidence shows, time and time again, that customers don’t know what they want,” he said.

“There’s the old saying, if Henry Ford had asked his customers what they want, they would have said a faster horse. And that’s absolutely true. What you have to work out is what people’s needs are, what the gains are that people want, and what their pains are that they want to get rid of.

“Then you build a value proposition for them. And then you get out of the building and see if you can get anyone to pay for it.”

3. Build a minimum viable product and look for traction

Once you’ve identified your customer pain points and have formulated a hypothesis on how to use technology to solve them, the next step is to test them in the marketplace.

“What you want to do is get traction. You want to get some customers paying you a little bit of money for a rudimentary version of your product,” Tobias said.

“There’s a mile of difference between someone who says ‘that’s a good idea’ and someone who says ‘I’ll take one, let me know when the next version comes, and here’s $10’. Because a customer is saying they’re willing to part with their hard-earned money for something they think is valuable.”

“If, after three months, you can’t get anyone to pay, you can’t get some traction, then perhaps you need to look at what you think is fantastic might need a pivot.”

Instead of spending months or years and large sums of money developing a product that has a lot of features you customers potentially don’t want, it is better to create a minimum viable product (MVP) that allows you to test the main points of your hypothesis.

Giving the example of the Apple iPhone, Tobias adds that if your MVP is successful, you can improve upon it or add more features later.

“Look at the initial iPhones. The interface was a bit clunky, the cameras weren’t that good, but people went ‘there’s something here and I’m willing to pay for it’. And then it got better and better,” he said.

If it turns out your hypothesis is wrong or you haven’t got a winning formula, Tobias said it is better to fail quickly and cheaply before moving on to something else instead of wasting a lot of time and effort on something that won’t work.

“Even if you invalidate your hypotheses, what you might hear during that process is that the customer wants something else – something you haven’t even thought of – that will allow you to pivot your business model to something else that will be far more successful.”

For established businesses attempting to apply startup methodologies, including existing small and medium-sized business, another challenge that needs to be overcome is inertia within your organisation.

“The biggest challenge is the DNA of the [existing] organisation. People who say ‘we don’t do it that way’, ‘we tried it last year and it didn’t work’ or ‘we have our processes, and the processes that got us here will get us there’,” Tobias said.

“Leaders need to realise that we’re living in a world of transformation, of constant business regeneration. We need to feel comfortable with that and live with that.”

Tobias cautions that, in his experience, middle managers tend to be the main source of inertia and often require special attention. This is often a reaction to the pressure they feel both from senior management, as well as the staff below them.

“Boards, in general, say that they have a real appetite for this. The staff say ‘of course we need to transform, we need methodologies like design thinking and lean startup, bring it on’. It’s very often the middle management layer that’s more risk averse that becomes the barrier.

“The organisations that need to transform, that need a new business model, and where the board and the executives realise that this is the case jump over the hurdles of ‘this isn’t how we’ve always done it’.”

6. Be mindful that angel investing is risky

The first funding round a startup will typically receive, after family and friends, is known as seed funding, and this is usually provided through a wealthy individual known as an angel investor. The amounts raised are typically in the $10,000s or low $100,000s.

While the potential rewards for the angel investor are potentially great, so are the risks, and this informs a lot of the decision-making process.

If you’re an entrepreneur looking to start a new tech-based business, or are in the process of raising seed funding, the risks your angel investor faces in backing you are important to keep in mind.

“Ultimately what you’re doing as an [angel] investor is you’re going to the bank with a suitcase, you’re telling the teller to fill it up with money, you take it back to the CEO and you say ‘here’s my money, I hope it goes well’,” Tobias said.

“You don’t have any securities. You don’t have title deeds to their house. If the business fails, they come to you and say ‘sorry, we lost your money’ and there’s not much you can do about it.

“You’re putting an investment into the hand of someone you barely know, who you may have only met four or five times. You’re not related to them, you’re not their second cousin or relative.”

Given the big risks angel investors face, having a scalable and repeatable business model with traction in the market is a big plus.

“And then what’s the growth opportunity and the scalability? If it’s very small, if it’s really niche, it may be a great business but not have the scaling possibilities.”

Most angel investors will accept that many startups will scale as they grow. Because of this, often the people running the business are as big a consideration as the business model itself.

“So the question is whether the CEO or the founders in front of you can sustain change. Are they resilient? Can they adapt?

“It’s the trust, the credibility and the ability of the individuals to be resilient and adapt to change. In the startup space – and the corporate space – people need to be excited about being uncomfortable, because that’s the journey you’re on.”

9. Accelerator and incubators programs are valuable, but not a guarantee of success

The final piece of advice from Tobias is that while accelerator and incubator programs are incredibly valuable, particularly for first-time entrepreneurs, they are not a golden ticket to investment.

“We look at the individuals, you look at the business model and scale opportunity. Are they influenced by the incubators and accelerators? They’re influenced, but the [programs] aren’t necessarily going to change those fundamentals,” he said.

“I think those programs are excellent because people are really hothoused, they’re selected in terms of who they bring in, they’re very selective because they get far more applicants than they can manage.

“Are the alumni from those entities all successful? No, of course not. But do they have a better chance of success? Probably.

“Do either of them feature heavily in an investment decision? Probably not. It’s more about fundamental decisions about the capability of the founders, the business model, and what the underlying business model is.”