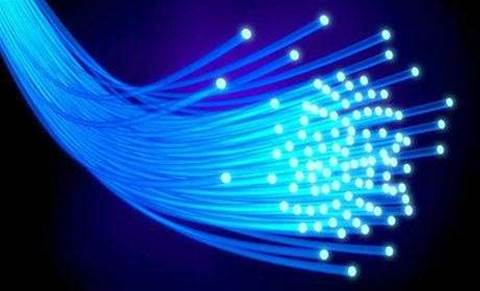 The NBN is gradually spreading around the country, even if it’s not happening as quickly as we’d like. Here’s our latest guide to what small businesses can expect to pay.

How much should your business pay for a low-end NBN fibre plan? The NBN is gradually spreading around the country, even if it’s not happening as quickly as we’d like. Here’s our latest guide to what small businesses can expect to pay.

(If you're more in the market for bigger service with fatter pipes, check out the second half of our list here.)

Rather more than two years ago, we surveyed NBN plans available for home and small business use. We’ve revisited the topic, but with some changes:

ISPs that say explicitly or implicitly state that business use is disallowed were ignored. So some well-known names are missing from our table. And we certainly make no claim that it is 100 percent comprehensive.

We’ve researched more than three dozen ISPs, though some are clearly reselling the same service.

Only fibre plans were considered, although we note that NBN wholesale pricing is the same regardless of technology.

As far as possible, we’ve listed unbundled plans. But Optus currently charges less for a bundle that includes phone calls than it does for the equivalent unbundled NBN plan. It’s also possible that a bundled plan would make more financial sense for your business.

The following table presents the low-end business-friendly plan advertised by each ISP on its web site. That usually means a 12/1Mbps connection and a fairly small amount of data. Why did we start so low? The NBN rollout is past the stage where it is a fast alternative to traditional broadband - in a growing number of areas it is the fixed-line network. Part Two looks at the high-end plans from the same ISPs - but please note that there are often many intermediate combinations of speed and download allowance.

Remember that this is just a general guide. We have not tested the services, and it is important to realise that the performance you’ll get over an NBN connection can vary with different ISPs. Also, there are too many fine details to allow us to draw any real conclusions. Do particular inclusions provide you with real value? Can you put up with slow speeds if your traffic is shaped (throttled) after exceeding your quota for the month? If not, are you prepared to pay more each month for a bigger quota just in case you have a busy month, or are you better off with the option of paying for a top-up every now and then?

Various sites purport to provide comparisons between NBN ISPs, but take care: the information they provide may not be up to date (for the record, our table was compiled in mid July 2015), and as with comparison sites in general, they may exclude ISPs that don’t pay one way or another to be listed, and the order may reflect the site operator’s interests rather than yours.

I have read and accept the privacy policy and terms and conditions and by submitting my email address I agree to receive the Business IT newsletter and receive special offers on behalf of Business IT, nextmedia and its valued partners. We will not share your details with third parties.
Copyright © BIT (Business IT). All rights reserved.
Tags:
broadband comparison isp isps services telco
By Daniel James
Jul 17 2015
2:37PM