Navigating JobKeeper and tax as an "independent earner" 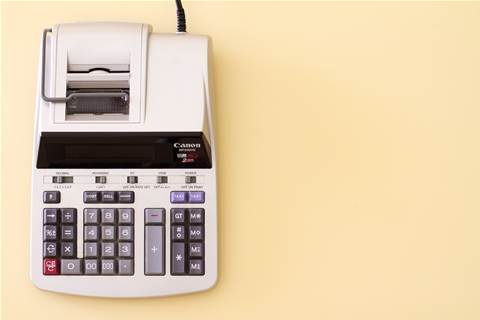 Many self-employed people do not realise that if they earn over $75k they have to register for GST.
Photo by StellrWeb on Unsplash

On the 28 March this year, the federal government will cease JobKeeper payments for businesses and their employees.

The payment scheme was in response to the ongoing COVID-19 pandemic and became a lifeline for many Australians during the past year.

An often forgotten sector within those Australians who received JobKeeper payments were self-employed. With a large portion of the independent earning community providing additional support to businesses when they require extra resources or skills, their contribution to various industries allows for a fluid movement of work. During 2020 self-employed Australians were as impacted as any other group and saw the immediate impacts of the pandemic with companies cutting back resources as a reaction to the ever-evolving situation. What the public may not realise is that independent earners were eligible for JobKeeper payments if they met the same requirements that other businesses had to meet - i.e. they’d seen a decline in income. Another requirement was that Sole Traders, like small businesses, were asked to submit a monthly update to the Australian Tax Office in order to verify their continued need for JobKeeper payments.

For those who were able to receive JobKeeper payments, the tricky parts will come during ‘End Of Financial Year’ at the end of June when they need to consider their income tax requirements. Even without the addition of JobKeeper payments, tax for self-employed Australians can be challenging.

The key point that independent earners whose earnings for the year also included JobKeeper payments is that these payments need to be treated as normal income. This means that when it comes to submitting a tax return, any JobKeeper payments that were received for the financial year should be declared as if they were any other revenue, and will be subject to income tax.

For all self-employed Australians, their income tax rate is based on a total income for the financial year - with allowable expenses deducted. For this year, that income will also include JobKeeper payments. As always, individuals’ tax rates will take into account allowable expenses, reducing the amount of income that tax is paid on, however many independent earners may not realise that JobKeeper will need to be declared, and may be caught out at tax time. Alongside the JobKeeper implications, there are some tax basics that all Independent Earners need to continuously consider.

Firstly, when it comes to allowable business deductions, the ATO is being stricter on catching those who are flouting the rules, with plenty of stories of people trying to claim over and above what they should with the likes of holidays, boats, and more, only for the perpetrators to be prosecuted for breaking the law. When considering your deductions, it’s always important to make sensible decisions, and ensure that you’re well informed of the rules.

One of the common myths many in self-employment have is the long-held belief that they need to set aside around 35 per cent of their income to account for income tax and/or GST. Whilst this approach may seem like it might work in theory, in practice this vague rule of thumb results in the taxpayer setting aside either a much larger amount than is needed or a smaller amount than required. No-one’s tax rate will be 35 per cent exactly - so it is always the wrong number. In order to have peace of mind that you are setting aside the correct amount of money, self-employed Australians need to have a strong understanding of both their income, their eligible business deductions and their GST commitments.

For many self-employed people, they sometimes do not realise that if they are earning over $75k per annum they have to register for GST and then charge an additional 10 per cent to their clients, which is then payable to the ATO. This is separate from any income tax commitments, and those who are GST registered have to pay and file GST returns. This filing is regardless of whether the sole trader ends up meeting the threshold and whether this was accounted for within their pricing.

A core practice for any independent earner is a robust filing and accounting system that keeps track of their incomings and outgoings, which allows for a smooth submission to the ATO when the time comes. All the usual standards and timelines still remain when it comes to considering this unique financial year and JobKeeper payments. The contributions should be treated as just another income stream and therefore the tax rate will be inclusive. For self-employed Australians who were supported by JobKeeper the advice is simple, treat this as if it were any other revenue from any other client and you should be good.

James Fuller is Co-founder and CEO of Hnry, an online tax and financial admin service designed specifically for all independent earners.