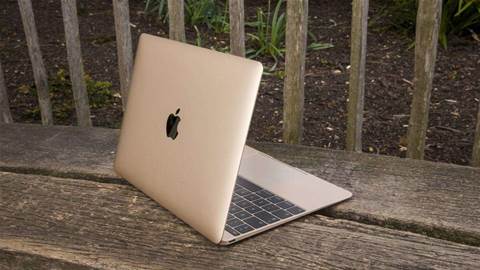 We explain what to look for in business laptop and help you choose the best-value model for your needs.

Laptops come in a huge range of sizes, form factors, specifications, options and prices. Ultimately, what you choose depends on how and where you want to use it, what applications you run and, of course, your budget.

Trying to balance all these factors and choose from the wide variety of available laptops can be a minefield. In this feature, we explain the key considerations and specifications to help you buy the right laptop for your needs.

Size isn't particularly important if you just want to take your laptop home to finish some work. But it's a different story if you take it with you to visit clients, attend conferences, on flights and so on. If you do regularly carry a notebook around with you, a 500g difference in weight can make a lot more difference than it sounds.

The size of a notebook is generally determined by the screen size, though some models have narrower bezels which slightly reduce the overall dimensions. But by and large, if mobility matters to you, look for a model with a 13-inch screen or smaller. If not, you might appreciate the extra screen size of a 15-inch notebook. 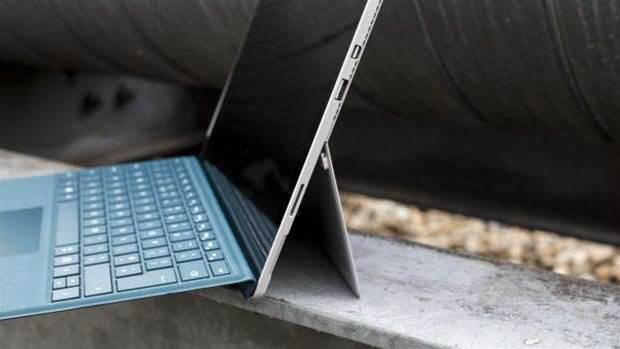 Manufacturers tend to make a big deal about just how thin their notebooks are, but does a millimetre or two really make much difference, especially if it means sacrificing ports or battery capacity?

Apart from the size, your next decision is likely to be: do you want a 2-in-1 laptop? We’ll deal with this issue in more depth in a feature next week, but basically it boils down to whether or not you want to use the device like a tablet.

Windows-based hybrids have been around for a while and some of them – like the Microsoft Surface Pro or Surface Book – have matured into very flexible devices with few compromises. However, you’ll pay a premium for these and other 2-in-1 laptops often involve significant compromises, such as the processor, memory and storage.

Manufacturers use a range of methods to allow 2-in-1s to switch between laptop mode and tablet mode, but they basically come down to two types.

In the first type, the keyboard is detachable or, like the Surface, built into the cover. This means the core device is lighter than the second type, and is probably the better option for those who intend to regularly use it in tablet mode. 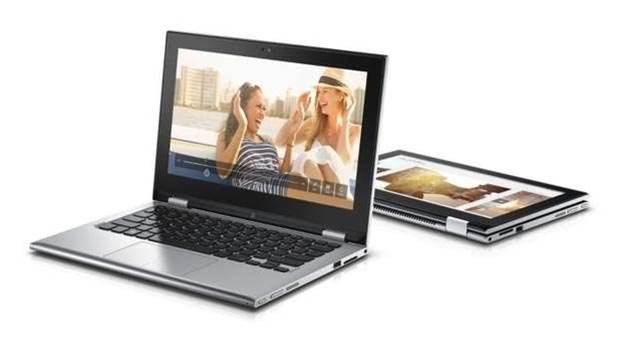 The second type is more like a conventional laptop, but the screen can be flipped 360 degrees. These are generally more comfortable and stable when used on your lap like a regular notebook. But the hinge provides a lot of flexibility in how you position the screen, including a ‘tent mode’ which is ideal for one-on-one presentations or watching movies.

If you mainly want to use the device as tablet, however, don’t overlook the third option:  Buying a real tablet, like the Apple iPad Pro, along with a keyboard – but that’s another story.

After the screen size, the next specification you’ll probably consider is its resolution. The minimum these days seems to be 1366 x 768 pixels and really that’s fine for most business applications.

As the price point increases, the resolution is typically upped to Full HD (1920 x 1080 pixels), Quad HD (2560 x 1440 pixels) or even 4K (3840 x 2160 pixels). These ultra-high resolution screens can be incredibly sharp and useful for design and other high-end applications (not to mention Netflix) that can make use of the extra pixels. However, there is a trade off with battery life. 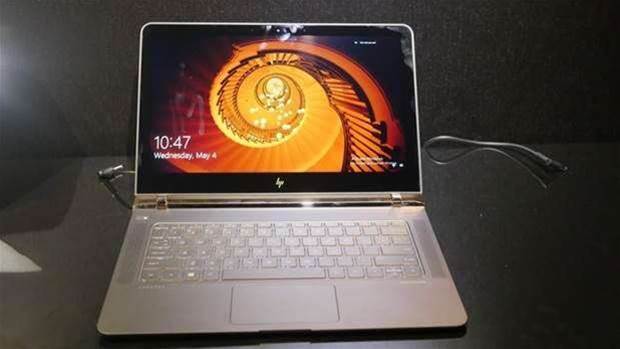 The screen technology also has an impact on the picture quality. Most laptops these days use LED LCD screens, but better quality displays often use a technology called IPS (in-plane switching), while a few models are starting to use the OLED (organic light-emitting diode) technology found in some high-end TVs.

Laptops are increasingly including touchscreen displays because of Windows 10’s support for this feature. This is obviously essential for 2-in-1s, but for traditional notebooks it's useful rather than a must-have.

Arguably, the internal specifications matter more now than ever before. That’s because there’s such as wide range of laptops and price points on offer.

Entry-level 2-in-1s, for example, typically come with a low-end Intel Celeron or Atom processor and a stingy 2GB of RAM. These are fine for web browsing, email, short documents and cloud applications, but not much else.

If you want to do more, make sure you get at least 4GB of RAM and ideally 8GB if you use resource-hungry applications like video or photo editing, or like to run multiple programs simultaneously.

In terms of processing power, the next step up from the entry-level chips is Intel’s Core M range, followed by Core i3, mid-range Core i5 and high-end Core i7. Just bear in mind that upping the processing power often has an impact on battery life. That could be one reason why Apple, for example, uses a Core M chip for its latest MacBook.

Whichever Intel processor you choose, it's generally recommended to buy the latest sixth-generation (or ‘Skylake’) of Core chips. These are significantly faster and more power efficient than the previous generation chips that you will still find in some laptops still being sold. 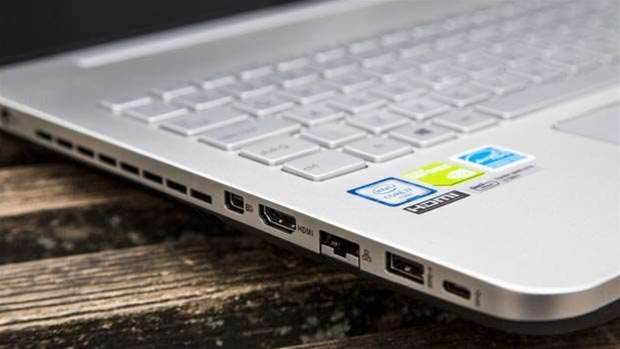 No doubt you’re mainly interested in using your laptop for business, but if you do want to play games after hours, you’ll probably want to look for a dedicated graphic chip, like the Nvidia GeForce 960M in Asus’ VivoBook Pro.

Many laptops – and pretty much all 2-in-1s and ultraportables – now use solid state drives (SSDs) instead of traditional hard disk drives (HDDs). This makes them significantly lighter and faster, though with less capacity – typically ranging from 64GB to 256GB of storage.

This is another component that entry-level 2-in-1s tend to scrimp on, with some offering a woeful 32GB of storage. If you can’t stretch your budget beyond one of these, make sure it at least comes with a slot for an SD card so you can add removable storage.

Not all SSDs are the same, though. For example, the new lighting-fast NVMe (Non-Volatile Memory Express) drive have had a huge impact on performance.

Similarly, many laptops no longer come with DVD drives to keep the weight down. If you want one, you’ll have to go for a full-size 15-inch laptop or buy a separate portable optical drive.

Like size, battery life isn't particularly important unless you’re on the move. Having to plug into the mains when visiting clients or getting some work done in a cafe or airport lounge can be annoying or even impossible, so look for models featuring a battery that will go the distance for you.

Battery capacity is measured in milli-ampere hours (mAh). However, while a higher-capacity battery will last longer in any given laptop, it’s not a reliable way of comparing notebooks. Other factors, such as the type of processor, screen size and resolution, and how well the system has been optimised, also play important roles.

Manufacturers often provide a rated battery life. These need to be taken with a grain of salt because the manufacturers have often done the testing themselves using different techniques – although you could perhaps use the ratings to compare two models from the same maker.

Some notebooks have swappable batteries allowing you to carry two for, say, long flights. But being able to rely on one higher-capacity battery is more convenient.

There are three main reasons for picking a notebook over a tablet: you need to run one or more applications that aren't available on your preferred mobile OS, your work pattern is best served with a larger screen, or you do a lot of typing and you'd prefer a proper keyboard.

For those in the latter category, we strongly recommend buying from a physical store where you can check the feel of a keyboard before you buy, or from an online store with generous return privileges. Key travel has been sacrificed for thinness on just about every recent model, but the hard-to-define 'feel' can vary significantly between models. 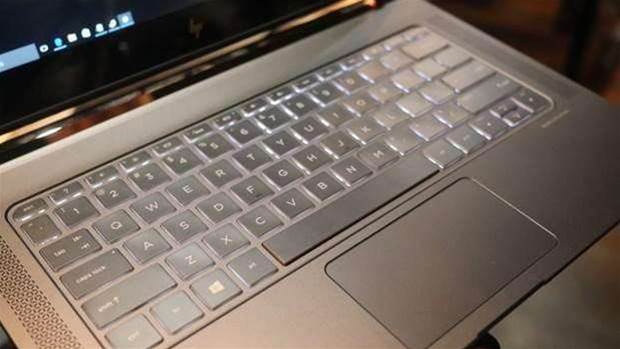 A backlit keyboard can also be handy, particularly if you sometimes work in low light, such as overnight flights.

Requirements differ, so rather than be prescriptive we recommend thinking about the connections you need. A notebook without Wi-Fi is practically unknown, but if your wireless router handles 802.11ac you'll probably get better network performance from a notebook with that capability, although 802.11n will still work. If you sometimes need or prefer to connect via Ethernet, is the interface built in or do you need a separate adaptor that may cost extra and can be easy to lose?

Video connections are important for some business uses, especially giving presentations. Look for an HDMI port for easy connection to reasonably modern screens and projectors, or a DisplayPort for greater flexibility (with the right adaptors, things like connecting one DisplayPort to dual HDMI displays are possible).

Check the right type of ports are included to connect the peripherals you routinely use, or be prepared to replace one or more of those devices. 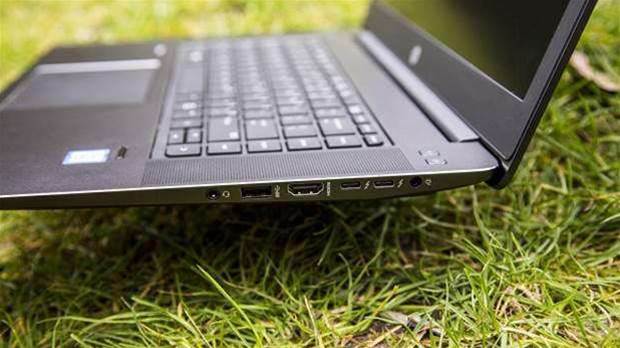 Check the number of ports too. The latest MacBook, for example, comes with a single USB Type-C port for both charging the unit and connecting peripherals. That may not be an issue for many people, but it won’t suit those who want to, say, charge and back up to an external drive at the same time.

While relatively few small businesses need ruggedised notebooks there's something to be said for one that doesn't need to be treated with kid gloves, so it could pay look for evidence of durability such as compliance with relevant MIL-SPEC or other standards.

Our final tip is get independent advice, such as reading the reviews here on BIT, such as our Top 10 laptops of 2016. But try them yourself if possible in a variety of physical stores, using the keyboard and trackpad, having a close look at the screen, and taking note of the specifications and details such as the number of ports.

If the retailer doesn't let you try a laptop in store before buying it, or if the specifications are too vague, then you might be better off trying somewhere else.